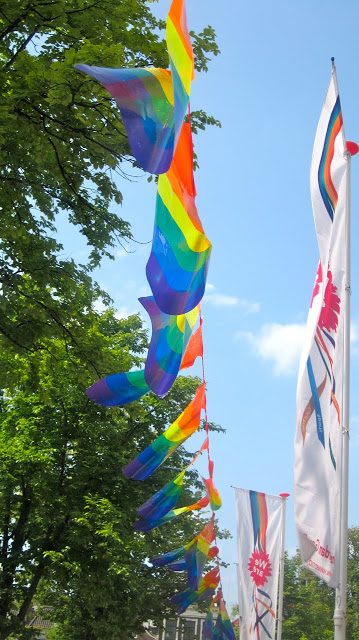 This
annual parade, where colorfully decorated boats make their way through the city’s
canals, is part of the Amsterdam Gay Pride event, which celebrates the
diversity of lesbian, gay, bisexual and transgender people from all walks of
life.

Unlike
in many other cities, the Gay Pride parade in Amsterdam does not take place on
the streets, but rather follows a route through some of the city’s many canals.
There
were many different boats, representing a variety of groups, such as several
LGBT organizations, political parties, muncipalities, the police force, the
Ministery of Defense and various large and small companies.
The
often very colorful boats were filled with people dancing and waving at the
enthusiastic crowds on the quays who were not deterred by Amsterdam’s
changeable weather.
See more photos from Caroline Nelissen in the slideshow below: