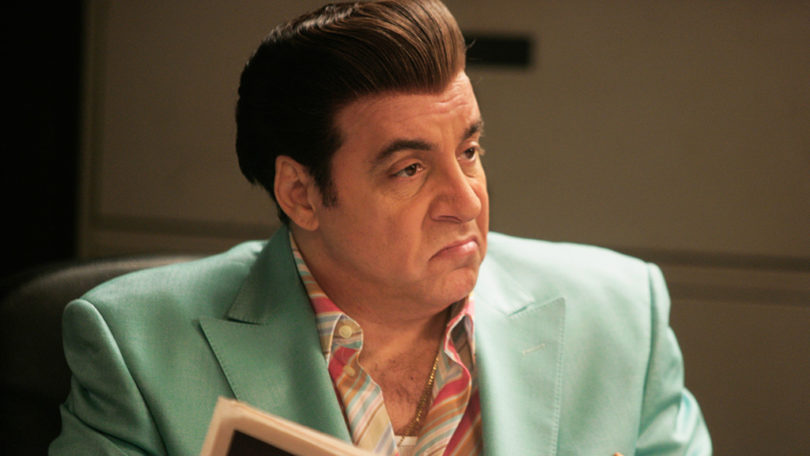 Steven Van Zandt as Silvio Dante on The Sopranos.

NEW YORK CITY – When The Sopranos – one of the most controversial, violent, and critically-praised shows on television today – wraps up its sixth and final season in April, the viewers won’t be the only ones feeling a loss. 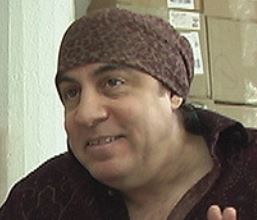 “It’s an important part of my life, even though it’s only a couple of days a week,” said Van Zandt, whose New York City recording studio has a Sopranos-themed pinball machine and a large picture on the wall of Van Zandt as Silvio Dante.

Van Zandt, who claimed that he has to be “dragged” to the set but loves it when he gets there, said being on The Sopranos is relaxing.

“It’s a meditation for me. You’ve heard of Transcendental Meditation. People may stare at a flower or something,” he said. “Well, instead of staring at a flower, I go in and … kill people.

“But it serves the same purpose,” Van Zandt continued, laughing. “You get to be somebody else for a couple days a week, and being somebody else is really, really a mental vacation. It’s great.

“It’s complicated being me, so it’s much more fun to be somebody else. It just relaxes you.”

When he finishes shooting a good scene for The Sopranos, Van Zandt said, he feels like he “went swimming in the Bahamas, or whatever people do for fun. It has that effect.”

Van Zandt said he joined the cast after receiving a phone call from series creator David Chase, who saw him during the first televised broadcast of a Rock and Roll Hall of Fame induction ceremony.

“I was inducting The Rascals,” Van Zandt said, “and David Chase happened to be watching and somehow he saw me as a gangster.”