WEST HARTFORD, Conn., U.S.A. – With the release of the final film in the Harry Potter series, a chapter closed in the lives of many.

Whether they discovered J.K. Rowling’s magical books while in elementary school or receiving their doctorates, readers ate up the volumes.
In the 14 years since the 1997 release of the first book, Harry Potter and the Sorcerer’s Stone, we have seen seven books written and published, eight films produced, and an immense group of followers that may just have contributed to the record-breaking 168 million tickets sold to the premiere of Harry Potter and the Deathly Hallows Part 2 on its first weekend.
For many, this release marks the end of an era. 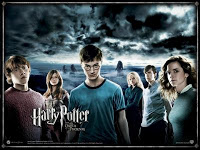 Gone are the days of waiting for the next book or movie to be released, something many have never lived without. For anyone under the age of 24, Harry, Ron and Hermione have been like peers, growing older in each book just as the readers have been maturing each year.
This maturation is even more apparent in looking back on the first movie, released in 2001. While the actors were physically much smaller, their connection with their characters and comfort in playing them was exceedingly different as well.
Nevertheless, these 10 and 11-year-old actors proved themselves to the world as they provided a visual representation for the love, courage, and fight against evil that Rowling expressed in the book.
Now they are all solidly connected to the characters they brought to life over the course of a decade.
In an interview on the red carpet, Emma Watson, who played Hermione, confessed, “It’s hard to know what of her is me, and what of me is her.
Daniel Radcliffe, the actor who portrayed Harry, noted the difference as well, telling reporters, “It’s the first time I’ve watched a Harry Potter film and gone, yes, I’m pleased with my performance.”
Just as the actors will have to adjust to life after Harry Potter, so will millions of fans.
Rowling has announced a new website that she is creating called pottermore, but no one is really sure what the site will do.
Presumably, we will all find out in October when pottermore is opened to the public, but Rowling did mention that “a lucky few” would be allowed to experience the site before that time.
While no new movies or books will be created, Harry Potter and the magical tales that Rowling has told the world will not be forgotten.