PORTLAND, Oregon, U.S.A. — Welcome to the 27 Club, host of the great musicians and rock stars of our time, all of whom died at the ripe age of 27.You’ll be remembered for a while, now, name up in lights, right beside the greats. All it takes is your life, a shallow price to pay in rock ‘n roll.
On Saturday, July 23, Amy Winehouse checked into Club 27, next to Cobain, Morrison, Hendrix, and others.
Once you check in, you don’t check out, right? 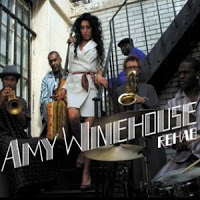 Though an official statement hasn’t been released yet, a suspected drug overdose is to blame.
Winehouse checked in to rehabilitation in late 2007 for drug use, most alarmingly, heroin. A longtime victim of drug addiction, Winehouse is primarily known for her song “Rehab,” in which she happens to address some of the various problems that could have very well ended her life.
Why are the greats taken from us so young?
Most likely it has nothing to do with them being taken, but rather that, so tormented by the pain of the world seen through the artistic mind, they take themselves.
Whether it really was drugs that took Winehouse’s life is not yet known, but whatever did her in, a tragedy has occurred in the world of music, as it so often does.
A runaway train falling off the tracks, as many saw Winehouse, is still a sad sight to watching eyes.
My thoughts go out to her family and friends.

Talon Bronson is a Senior Reporter for Youth Journalism International.