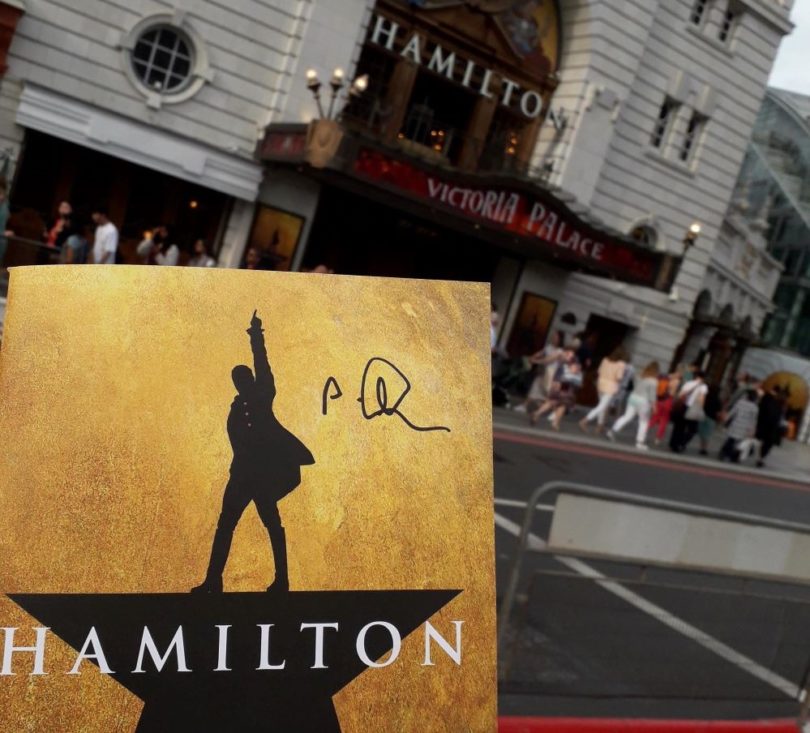 'Hamilton' played at the Victoria Palace Theatre in London. The playbill is signed by Jamael Westman, who played Alexander Hamilton in London. (Matty Ennis/YJI)

Liverpool, UK – With the UK only beginning to ease out of a nationwide lockdown, there was only one event written in my calendar for the month of July. That was the release of a professionally filmed production of Lin Manuel Miranda`s musical phenomenon Hamilton.

Waking up on ‘Hamil-day’ in my household felt like waking up on Christmas morning. But I’m definitely not the only one who was counting down the days until the film’s release. 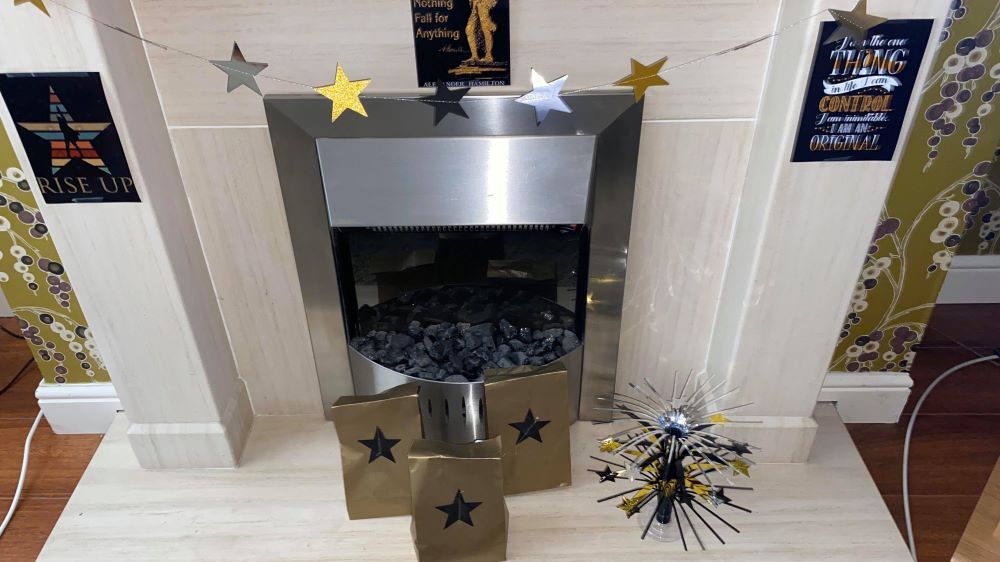 Hamilton home decor in the author’s home celebrates the release of the film. (Matty Ennis/YJI)

Almost all of my ‘theatre-kid’ friends had watched the film within hours of its highly anticipated release, with some already on their second watch. They are now deep in conversation discussing everything from their favorite songs to how many times they cried, wondering how on earth Daveed Diggs managed to rap the whole of Guns and Ships and even sharing memes about Jonathan Groff’s spitting during You’ll Be Back.

But how can a musical about the founding fathers of America create such a buzz across the ocean in Liverpool, UK?

Well, as a fan myself, I would suggest that this is because it is actually a lot more than a re-telling of American history. Hamilton is an experience. It’s an exhilarating feeling of revolution and change as well as love, ambition and drama that all young people around the world can relate to. 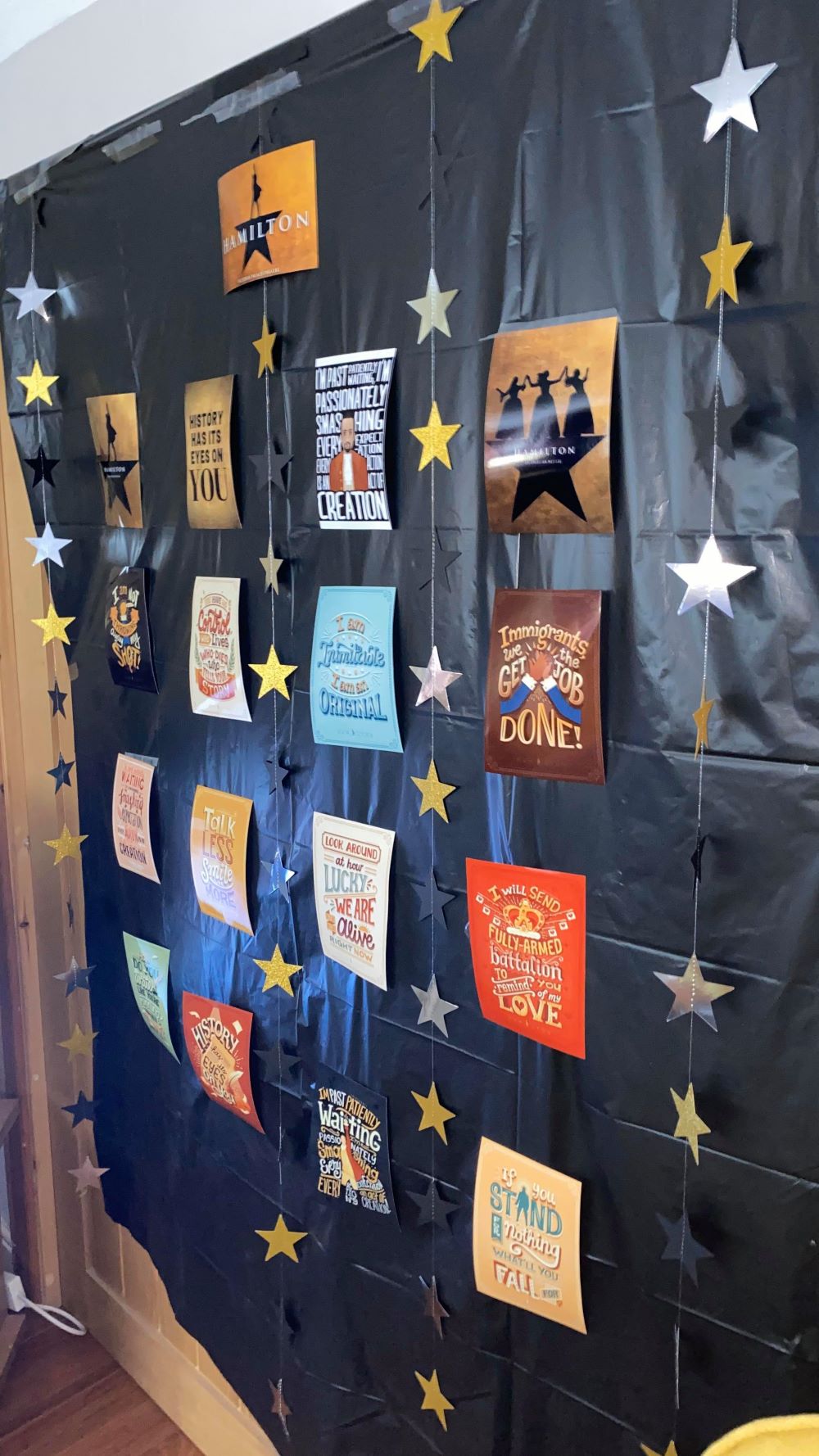 Posters with some of the show’s most memorable lines hang in celebration of the film’s release. (Matty Ennis/YJI)

It creates a sense of excitement that is so evident in the music.

Because it is a sung-through musical, you can listen to the entirety of Hamilton on the cast album. This is where myself and most of my friends have fallen in love with the musical, and where the desire to see it on stage began.

There is so much to love about this album. Memorable lines and key melodies are intricately woven throughout the show and culminate in crescendo moments like Non-Stop. Comedy is contrasted with great emotion, and show-stopping moments like the finale of Yorktown leave you feeling ecstatic.

This is all propelled through the musical format of hip-hop, rap and R&B fused with classic Broadway that makes the musical feel distinctive and fresh.

As much as modern-day classic musicals like Wicked and Matilda are adored by young people, Hamilton feels special and unique to our time.

You only have to be introduced to one song from the album to feel the unmistakable energy of this show. From then on, the cast album becomes the soundtrack to your life until someday you realize you that you know all the words to the three-hour musical without having gone to the effort of learning them.

Once you’re introduced to Hamilton you are also introduced to a community of people that love it just as much as you do. You don’t have to go far on Instagram to discover a world of fan accounts and friendly debate, and in a group of young people, you only have to quote a line from the show to be in with the chance of meeting someone who shares this unique dialect.

Just like the American revolution in 1776, being a Hamilton fan makes you feel part of something.

This was evident when I was lucky enough to see the show in London’s West End last year. Sitting in the Victoria Palace Theatre, it was clear that I was with a group of people joined in a shared love of everything about this show. The atmosphere was electric, the performances were incredible. I laughed, cried and enjoyed every second of being in The Room Where It Happens. 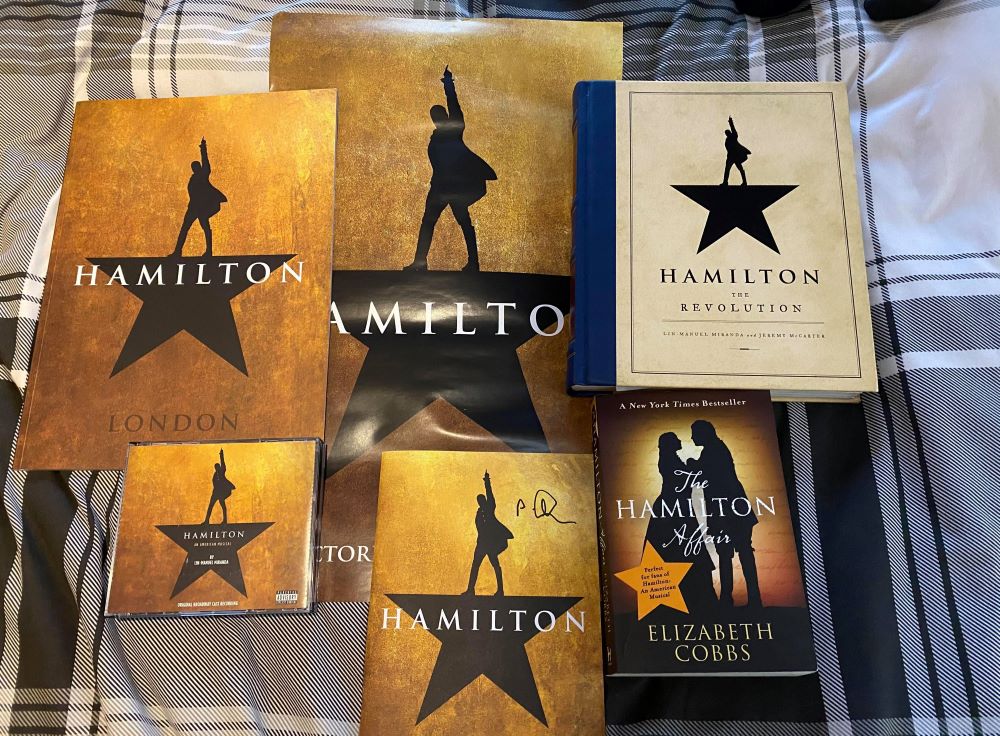 Many may question how this musical has become such a hit in London. After all, it focuses on one of the British Empire’s greatest defeats.

But Hamilton is a phenomenon, so much so that it arguably transcends its own subject matter. People have fallen in love with the characters, the music and the epic triumphs and defeats in the life of Alexander Hamilton. 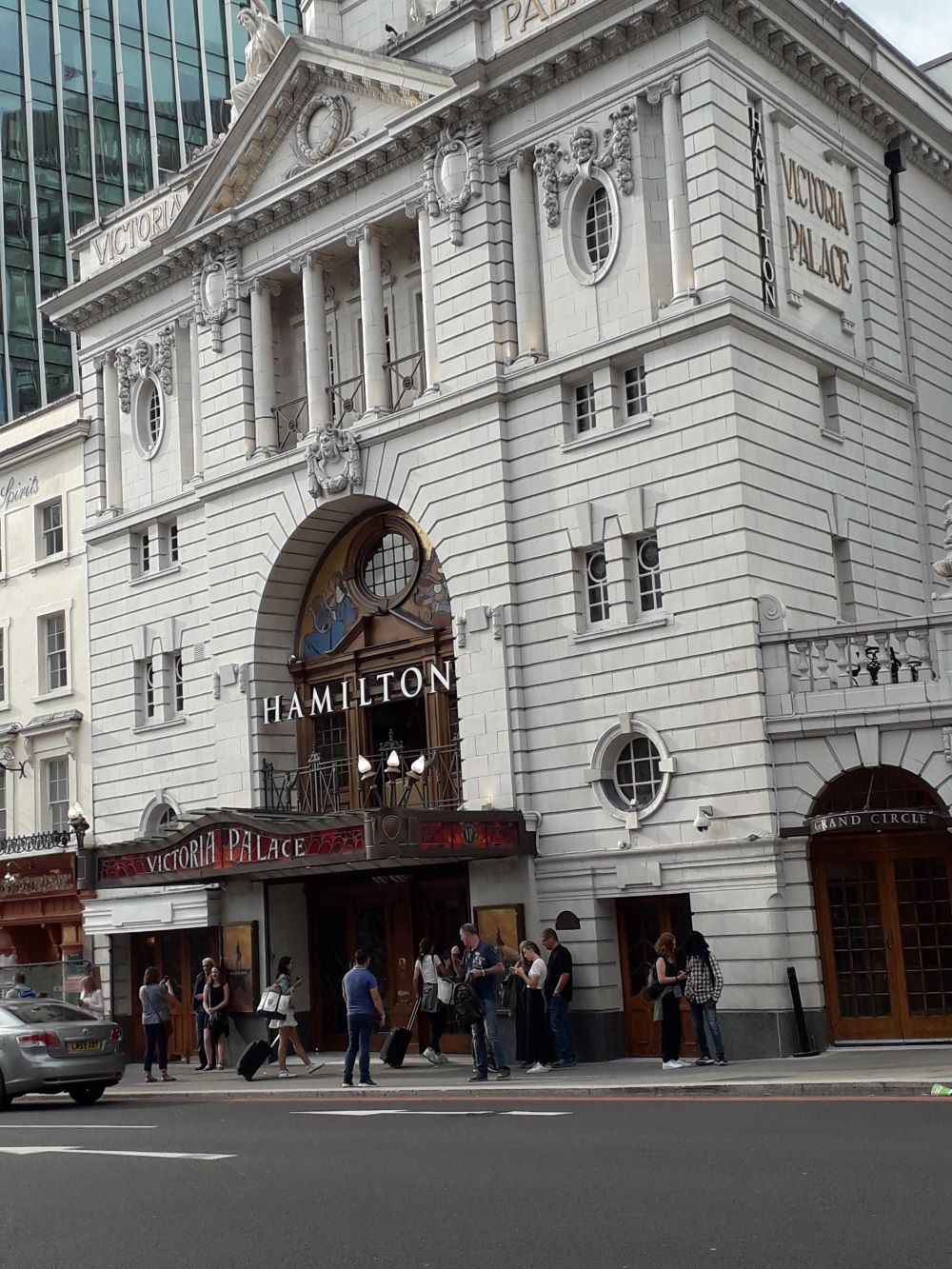 Of course, it helps that British people have become very good at making fun of themselves, with King George III getting the most laughs from the audience at my performance.

And it’s also worth noting that British people are used to our main media coming from the States. We have grown up watching the Disney Channel and Nickelodeon and flocking to the cinema for American films.

And now we`re heading to Disney+ to watch our favorite Broadway performers in Hamilton.

Though it certainly cannot compare to the feeling of seeing the show live, for many – particularly those who know they will never have the privilege of doing this – the ‘Hamilfilm’ is a dream come true and did not disappoint.

Hamilton’s impact around the world is incredible, and it is only going grow from now on as its audience expands.

Matty Ennis is a Junior Reporter with Youth Journalism International.