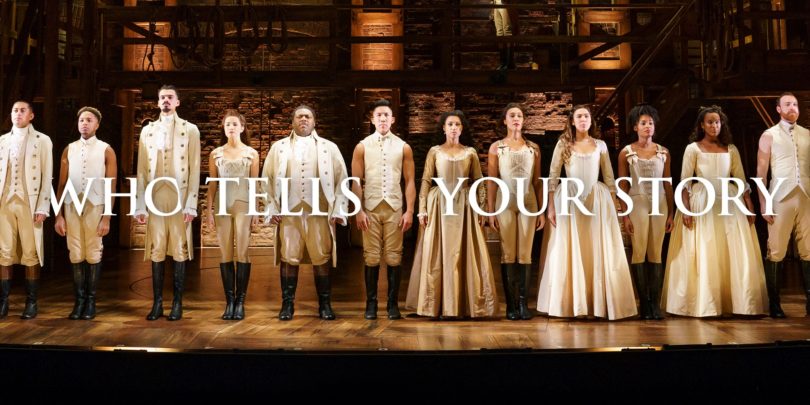 Suffolk, Virginia, U.S.A. – The time is a little more than two years into the past. The setting is a noisy, sweaty middle school gymnasium, where my eighth grade self sat with two friends on the bleachers, fervently counting down the minutes to freedom.

This, out of all places, was where I was first introduced to the masterpiece that is Hamilton: An American Musical.

Before these friends urged me to give it a listen, I had only heard the name mentioned here and there. The notion of a musical recounting the life story of an American Founding Father seemed a bit bizarre.

I decided to humor them, however, and it was then that my world turned upside down – as silly and hyperbolic as it might seem at first.

But it really is not, once you think about it. This musical is a piece of art, after all, and art is meant to touch you. It’s meant to make you think, to reconsider all that you’ve ever thought or known.

It’s meant to leave a fissure in your heart and hold a mirror up to it, so that you might take a look inside and understand the humanity that pumps through your veins.

In the midst of all that is out there, it can be difficult to find something that speaks to you on that sort of level. When you do find that song, or that book, or that painting, or that poem, it feels as though it’s always been a part of you somehow.

I’ve happened across that feeling in artwork of various mediums, yet never did I think that a musical about a Founding Father would make the cut. But as they say, many good things in life come unexpectedly.

One of the most enjoyable aspects of art and literature, to me, is interpreting it – piecing together the puzzle of its themes and learning something new.

Hamilton did not disappoint in this regard. Its lyrics are layered with ideas and motifs and foreshadowing, the sheer amount and excellent usage of which convinced me that Lin-Manuel Miranda, its writer and composer, is a storytelling genius.

Not only is the writing itself beautiful, but the characterization – arguably the most important aspect of any story – was marvelous.

These historical figures, who we otherwise would have regarded with distance and indifference since they seem so far away, were suddenly rendered some of the most relatable characters. We understood Hamilton’s determination, we empathized with Burr’s uncertainty, we felt the love that Eliza harbored towards those she cared for.

One of the largest morals I’ve taken away from Hamilton involves the faces of ambition. The show reveals the fine line drawn between the determined and ruthless sides of it, and how, no matter what you do when you’re alive, your legacy is fickle and out of your control.

I learned that moderation is key to fulfillment and that the balance of your priorities should not be skewed entirely for the future. You don’t want to make unworthy sacrifices to the extent that you forget to live in the present.

I found this last theme unfolding within my own life around the same time I first listened to Hamilton. As an eighth grader, I applied to various high school programs in the hopes of achieving the most rigorous course of study possible and by extension, an impressive transcript. Acceptance to some of these programs would mean that I would have to leave my zoned school, and most of the people I know, to tread in unfamiliar waters at a school farther away.

I got accepted into all of them, and after much deliberation and internal conflict, I ended up deciding on the IB Diploma Programme. This was one of those programs where I would have to enroll in a school farther away, and I did so believing that, even if I was making some sacrifices, I was not going to throw away my shot.

I attended the school, started on the Pre-IB course of study, and for the most part, tried to settle down and get used to the place and the people. Though I did make a few friends and form a routine, I felt strangely out of place, as though I was never fully comfortable in my surroundings. I think a large part of that had to do with the fact that I terribly missed my close friends I’d left behind, but I ignored that feeling for a while in favor of my education and not throwing away my shot.

But after becoming dissatisfied with the restrictions that IB placed on my schedule, I eventually ended up throwing it away.

There were many elective classes that I was interested in and would love to take – including journalism – but my IB courses and requirements kept them out of reach.

There were even limits on the people I saw in school. I only shared classes with fellow IB students in my cohort. It felt as though the program was constraining me within a bubble that I could not break out of as long as I stayed in it.

I left halfway through my freshman year, and I haven’t looked back.

In this part of my life and academic career, what I learned from Hamilton really resonated and influenced me. Even if an IB diploma would have looked impressive to colleges, pursuing it didn’t make me happy.

Though the stakes and circumstances weren’t quite the same as in Hamilton’s situation, I needed to slow down a little and give some regard to the present and realize that not all sacrifices are worth it – something that Hamilton himself failed to do for much of the musical.

Now, I’m still taking an equally rigorous course of study, but with more flexibility and freedom in my choices. I was even able to enroll in that much-coveted journalism class for my sophomore year.

Gradually, I forgot about most of the impact Hamilton had on me, the memorized lyrics buried in the depths of my mind as I grew busier over the years and discovered other passions. But when I caught wind that a film of the original Broadway cast performing the musical would be released, I felt that love for it slightly rekindle again.

I remembered the songs that got me through remaining gym classes of my eighth-grade year – running the Pacers was much more bearable when I was rapping the lyrics to “My Shot” or “Non-Stop” under my breath.

I watched the film about a week after it was released, and to say that it was absolutely magical was an understatement.

If listening to the songs themselves touched my soul, then watching them performed was of course going to be an entirely different experience. There is something about having a visual that makes a story so much more emotional to me. I cried considerably more at the sad parts (which I shall not specify in the off chance that I might be spoiling the musical for someone) while watching the film than I did when I was just listening to the songs.

Hamilton, as mentioned earlier, is a story of the consequences of unchecked ambition and the fickle nature of a legacy. The show proves how unpredictable a legacy is because despite Hamilton’s fight for glory and his determination to be remembered by history, he is barely talked about or mentioned outside the context of this musical. My fifth-grade history textbook, for instance, merely spared a couple of sentences to mention the significant role he played in the formation of America’s two-party system.

But more than that, it is ultimately a story reflective of our own humanity – of life and loss, of desire and heartbreak, friendship and betrayal, power and downfall. It is the story of an underdog trying to prove himself, of a young country trying to establish itself.

It is a reminder to us as Americans of the dream that our country was founded on, of how far we’ve come and how far we still have to go.

What makes Hamilton so magical isn’t just the sheer excellence that it exudes, from Miranda’s exceptional writing and composition to the talented actors and actresses which do the story justice – though that does certainly play a large role – but the fact that every single one of us, even non-Americans, can see the story of our own lives within it.

Salma Amrou is a Junior Reporter with Youth Journalism International.