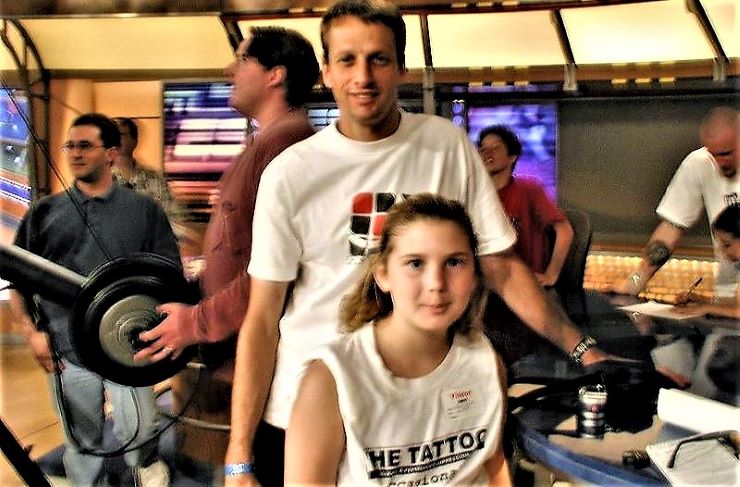 BRISTOL, Connecticut, U.S.A. — I broke the “Tattoo curse.”
Before I joined The Tattoo, no one here could snap a shot of anything but their pinkies.
Then I came along and broke the curse with my photography talent.
Along with that, I write and draw cartoons, and occasionally proofread.
I’ve been in The Tattoo for a little over a year because I joined in sixth grade. I’m the youngest person to join The Tattoo since it started eight years ago.
I joined because I had dropped almost all my sports and had nothing else to do. But I’m glad I did.
My favorite thing about The Tattoo is that we get to do a lot of awesome things that we wouldn’t if weren’t in the group.
We got into Ultimate X, ESPN’s new X Games IMAX movie before it opened in the theater and, because we were working reporters, we were allowed access to the skaters in their restricted area at the X Trials at Lake Compounce last summer.
Besides that, I was able to take an hour-long, hot air balloon ride through Harwinton and Bristol and pet the penguins at Mysic Aquarium.
Once of the most fun interviews I’ve done so far was with Tony Hawk.
I got to go to ESPN and see this weird commercial he did with his entourage.
He kept checking and re-fixing his hair in anything that showed his reflection.
Hawk signed the back of my Tattoo t-shirt and I got my picture taken with him.
If you can help break our other curses, and you’d like to join, call The Tattoo’s advisors at 1-800-Break-the-curse, open 24 hours a day, seven days a week.