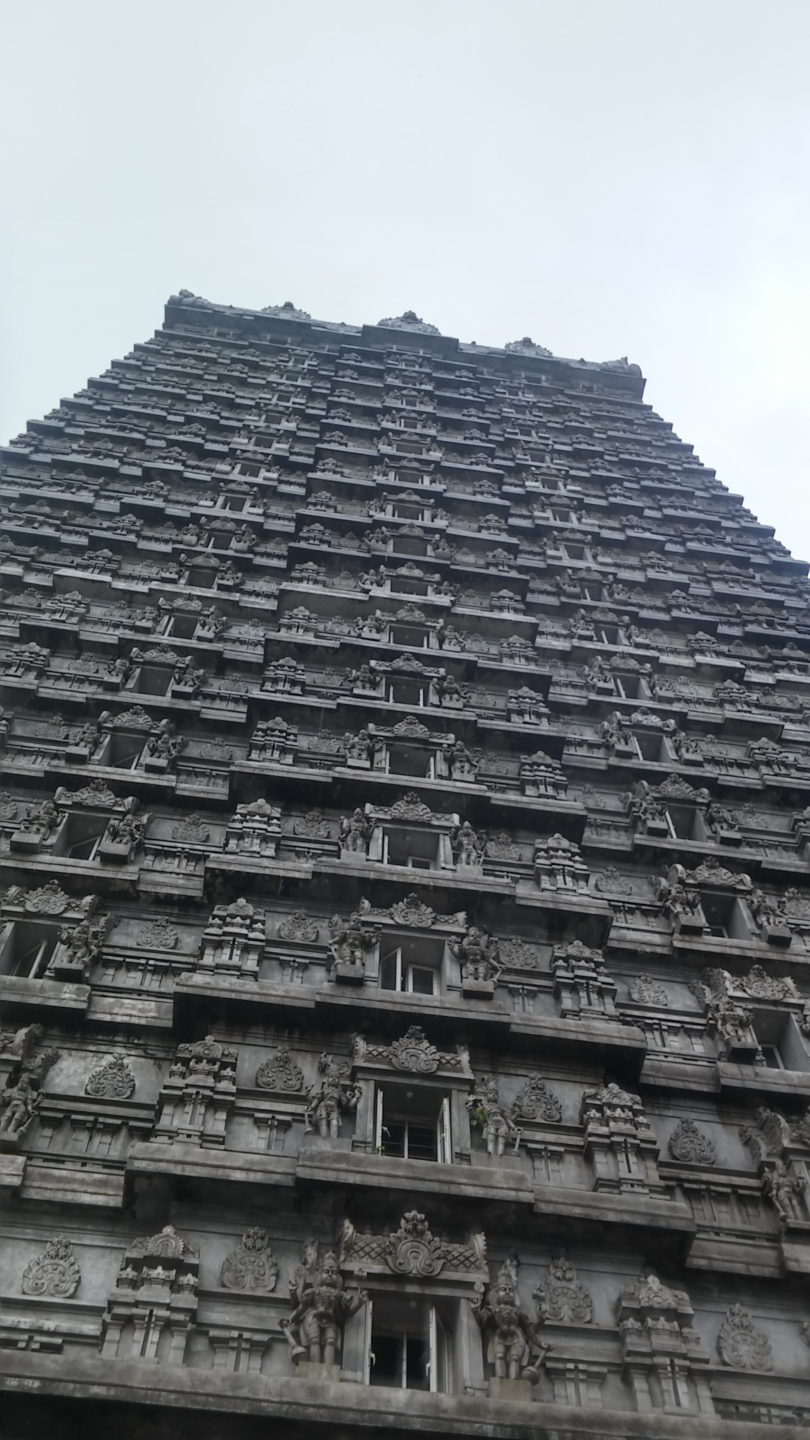 It’s difficult to explain the importance of music in South India.

The Carnatic classical style of music that evolved in the southern part of India and primarily flourishes in the state of Tamil Nadu began as a religious tradition. It kept its roots firmly in devotion, even as musicians moved from temple performances to royal courts, and then to venues around the world.

Carnatic music plays a big role in Tamil Nadu. Each December, the capital city of Chennai hosts a “music season” — a six-week extravaganza with hundreds, if not thousands, of concerts by established and upcoming Carnatic musicians.

Classical elements have been popularized in movie scores, as most singers and composers in the thriving film industry are classically trained. 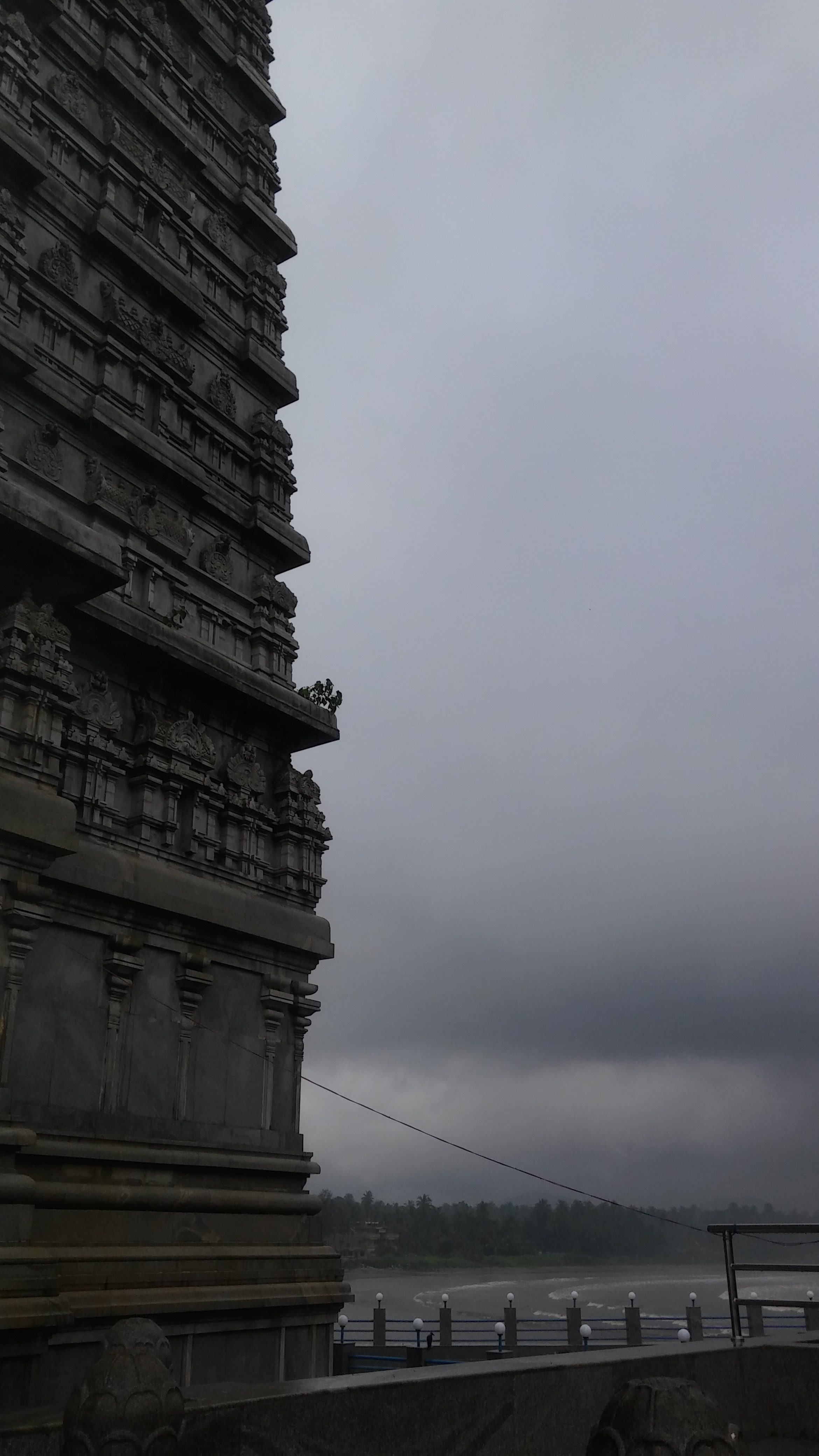 In its early days, Carnatic music was performed almost entirely in temples. This temple is in Murudeshwar in the Indian state of Karnataka. (Vinithra Sudhakar/YJI)

But the divine aspect of the art seemed to fade recently, when one of those singers, Chinmayi Sripaada, tweeted a list of prominent figures in South Indian music and dance that she accused of sexual harassment and misconduct. The list included people like Pappu Venugopala Rao, a famed musicologist and former head of the famed Music Academy in Chennai, and N. Ravikiran, a former child prodigy and musician.

Sripaada’s tweet has sparked a massive discussion in Carnatic communities in India and around the world about the #MeToo movement, Indian patriarchal norms, and power dynamics between teachers and students.

Carnatic musician and activist T.M. Krishna spoke out in support of Sripaada and others affected by harassment in conservative Carnatic circles.

“Male power structures, hierarchies and our own conservative fears resulted in the trivializing of her complaint. We have all been complicit by our silence,” he wrote on Facebook.

In an interview with the Indian publication Firstpost, Krishna urged those in the Carnatic community to refrain from idolizing teachers, as Indians – influenced by centuries of religious tradition – are wont to do.

“Respect is entirely different from blind faith,” he said.

Sripaada’s comments, and the subsequent discussion surrounding sexual harassment in Carnatic music, follows a wave of accusations as the #MeToo movement descends across India.

It also follows a recent controversy regarding Carnatic musicians lending their voices to record Christian hymns, which led to cries to boycott several leading musicians.

Many who rushed to cancel concerts and condemn musicians are now silent in the face of sexual harassment allegations in the Carnatic world.

Instead, several eminent musicians and concert organizers have spoken in defense of the accused or have claimed that the issue of harassment is simply exaggerated.

How is the sanctity of Carnatic music – somehow degraded by musicians singing songs of other faiths – unblemished by the repugnant behavior of those who are supposed to be the promoters of the art?

V.V. Sundaram, one of the founders of the long-running Cleveland Thyagaraja Festival in Ohio lauded the festival’s promotion of female artists and inclusivity. According to Sundaram, about 6,000 of the 10,000 performers at the 2018 festival were female.

While including female musicians in an art that is often seen as male-dominated is vital, so is creating an environment where they aren’t degraded or hassled. As the selective outrage of many Carnatic enthusiasts shows, their issue is not with musicians, it’s with breaking the status quo – until now, harassment was an unspoken norm in music.

Fortunately, Sripaada and a new generation of Carnatic musicians seem to be pushing towards changing that norm.

Outrage – directed at a noble cause – can create beneficial change. One can only hope that change will come soon.

Vinithra Sudhakar is a Junior Reporter with Youth Journalism International.