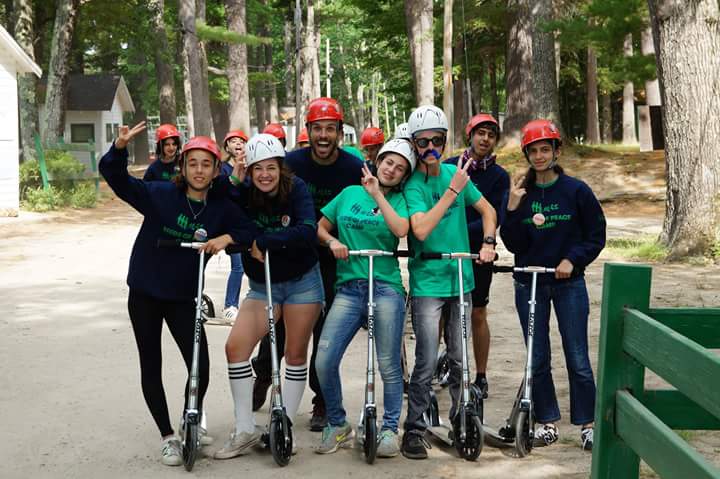 Some of the Seeds of Peace kick scooter team Wheeling for the World, in Maine. (Photo courtesy of Yonatan Belik)

Lahore, PAKISTAN – In hopes of breaking a world record, a team of young people on kick scooters called Wheeling for the World gathered over the summer at the University of Southern Maine.

Like me, the team members are part of the Seeds of Peace community. They come from different countries and work together.

This time, it was all about breaking the record. I could not be there in person for the challenge, but I watched their success from home.

The team, which had to complete 2,445 laps around the course in 24 hours to achieve the goal, managed to break the record on August 17th in merely four hours.

This was the first attempt by the Seeds of Peace community at breaking a world record. Teammates Yonatan Belik from Israel, who is 28, and 30-year-old Mike Reid of the United States, are the brains behind the event. They have been associated with Seeds of Peace for several years as counselors at the organization’s International Camp.

Amongst the excitement, the happiness and the enthusiasm, there was also a sense of achievement and pride, as well as the sad remembrance of a Kuwaiti girl, Laila Al-Matrouk, one of the team members who died in a bicycle accident a few days before the attempt.

Seeds of Peace is an international non-profit organization that brings together youth from conflict regions of the world and invites them to promote coexistence, peace and harmony. Youth do this by coordinating and collaborating at the International Camp in Otisfield, Maine, USA.

Wheeling for the World’s mission was to exemplify the power of cross-cultural collaboration as a way to challenge and break a world record. Also, they wanted to prove that when people are dedicated to make something happen, it happens, regardless of race, religion, age or gender, which represents the Seeds of Peace spirit.

The motivation was to pursue that which is perceived as impossible and doing it.

“I wanted to prove to people that unbelievable things can happen, it’s up to us. Bringing people together from around the world, with joined goal to achieve something, that was a major inspiration,” said Belik.

The participants were divided into two groups. The Scooting Team, which scooted in 24 hours to break the record, and the Advisory Committee, which I was also a part of. We were involved in content designing, translation, sponsorships, publicity and more.

Seeds of Peace works with people of all ages. The international camp in Maine has participants (called seeds) of 16-18 years, while the dialogue facilitators and counselors are much older, most of them being in their late 20s. Seeds of Peace also has other programs for alumni and others, including the general public, so there are participants from all regions, cultures, backgrounds and ages.

Irha Nadeen is a Senior Reporter with Youth Journalism International. 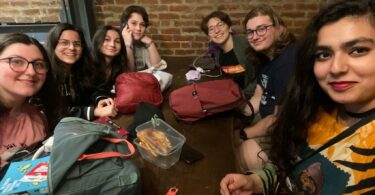 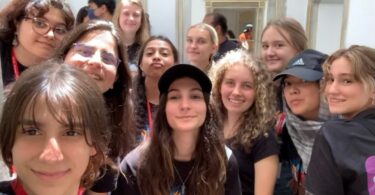