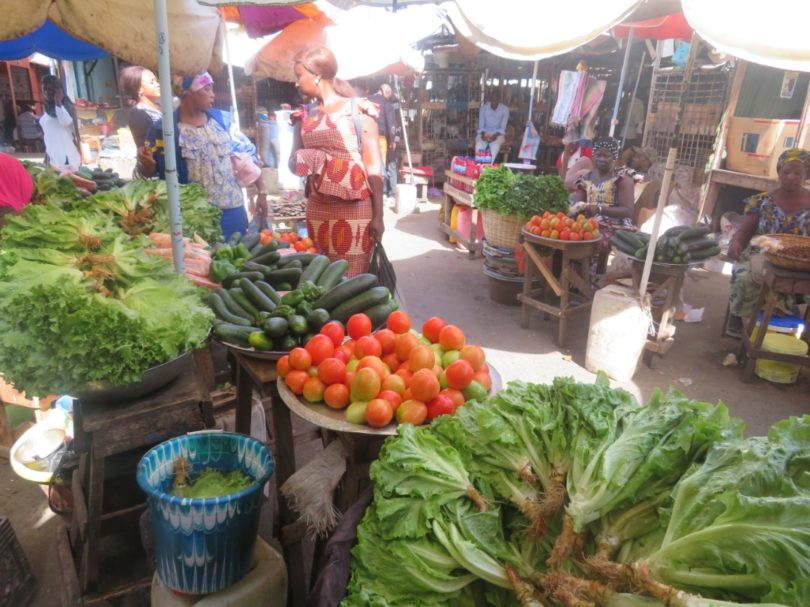 Women shopping in the market in Serrekunda, The Gambia. (Banna Sabally)

Serrekunda, THE GAMBIA – Women in the Gambia take part every year in celebrating International Women’s Day, but this year is different.
Instead of celebrating it, some women are choosing to ask for help eradicating gender inequality in the country and for government help in protecting them and their businesses.
International Women’s day is a day she feels she owns herself, said shop owner Isatou Sanyang.
Sanyang also said she believes her ideas are important to decision making in the Gambia.
“I wake early to go to work even if I don’t feel like it,” said Sanyang, “because I know am capable of bringing change in many people lives.” 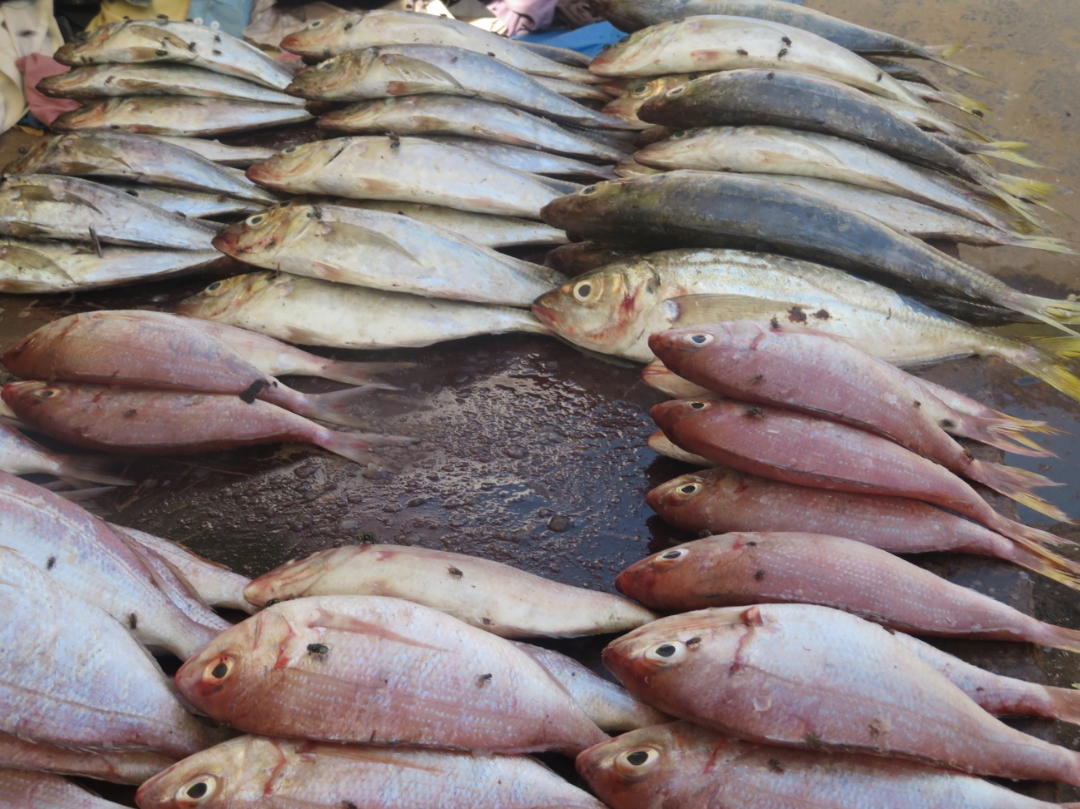 Fish for sale at Isatou Sanyang’s shop in the market. (Banna Sabally/YJI)

Sanyang explained that many think she cannot take care of a shop, but she proved them wrong by working hard and providing the necessities at home to help her family.Many women who sell goods in the market here choose International Women’s Day as a holiday for themselves. To them, this is a day of women’s freedom.
Women gather at symposiums to learn about their rights and how to safeguard them. Many women will attend, while other don’t due to religious beliefs or social norms and values.
The system here is changing because of the rapid growth of education. Many women in the Gambia are now fighting for gender equality because they believe they can do the work that men do.
Women have been marginalized, limiting their performance in the workplace. One of those places is the Gambian media. 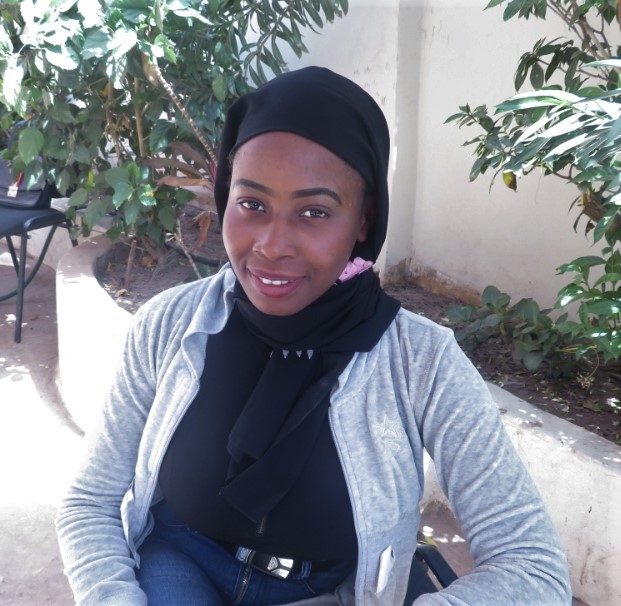 Women who are journalists are kept from advancing because most of their editors think women are not capable of doing the kind of journalism that men do.
Sally Jeng, a news presenter at Paradise TV and Radio, said when she started presenting local news for Paradise Radio she was doing well, but one day her boss brought in a male journalist at a higher level and better salary to do the show with her.
“Perhaps they think I cannot do the work like the man,” said Jeng. “They think men have more energy than we the women and I couldn’t do anything about it.”
Jeng is still working for the Paradise TV and Radio as a news anchor, despite the sexism she faces from her male bosses. She calls on women and girls all over the world to come together and fight against gender inequality.
The Female Journalist Association of The Gambia in safeguarding the rights of women in the profession. They are about to implement a UNESCO-funded project to teach 20 female journalists in The Gambia. Those women will then assist their fellow female reporters in being better journalists.
Aminata Sanneh, secretary of the Female Journalist Association and the organization’s representative within the Gambia Press Union, urges women not to get discouraged and leave journalism for other professions.
Sanneh said women face social, economic and political discrimination all over the world.
“The Gambia is not an exception to that discrimination,” Aminata said.
She called on Gambian women journalists to tell their own stories so gender inequality can be eradicated.

Banna Sabally is a Junior Reporter with Youth Journalism International.