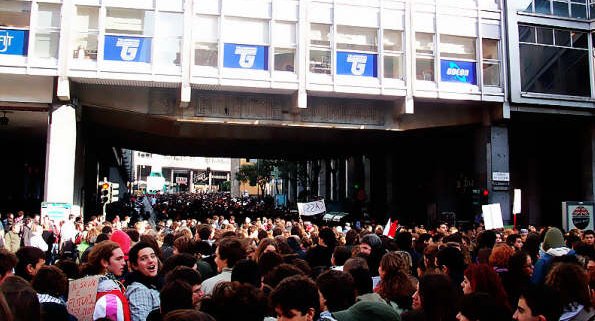 Genoa, ITALY – It is incredible how bad situations can unify people.

I am a student in the fourth year of a classical Italian high school and I am one of the students who are scared about the future.

Italian education Minister Mariastella Gelmini has proposed school reforms which have been partly approved by the Italian parliament.

Above all, the reforms call for huge financial cuts for schools and universities – we’re talking almost $3 million euros – as well as changes in staffing and other changes.

In Italian primary schools, classes are usually made up of 25 to 30 children and are taught by two teachers. 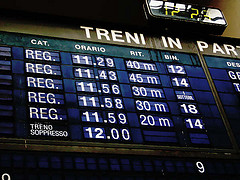 Gelmini’s proposals would establish a single teacher in these primary level classrooms instead of two, eliminating a lot of jobs for teachers.

In addition, if adopted, the reforms would privatize some public universities. The consequence of that would be a huge rise in university taxes.

Italian schools are already in a critical situation. Our schools and universities aren’t properly equipped, the government doesn’t invest enough funds on research and a lot of new graduates aren’t finding jobs.

We don’t need cuts. We need investments. We want a school which guarantees education.

That’s why nearly 5,000 people – mostly students and teachers – decided to join an Oct. 30 demonstration in my city.

I was one of them.

My school joined the demonstration as a single group. We collected each other that morning at eight o’clock in front of the school with two of the teachers who were on strike. Together, we went to the piazza Caricamento in the city centre, where the people were supposed to meet.

I had never seen so many young people together like that before. All of Genoa’s schools of Genoa were present, from high schools to universities and even some children.

A lot of university students marched with posters reading, “Education for sale” and “Students, not martyrs!”

I saw a girl who was wearing donkey ears, and all of the chemistry students were wearing white vests and were carrying a poster that said, “Chemical Reaction.”

At the end of the march, we went to the main train station and we occupied the railways.

I thought that people wouldn’t appreciate this, but I was wrong. A lot of common people and teachers joined us.

After an hour of occupation, we left the station and the demonstration officially ended.

We are not so optimistic to think that this will change the minister’s mind. The government is openly against a dialogue with the students, but we cannot let them decide our future.

We want to study and everybody must be able to study. We won’t pay for the financial crisis, and we’ll do everything possible to make sure that doesn’t happen.

Eugenia Durante is a Reporter for Youth Journalism International.