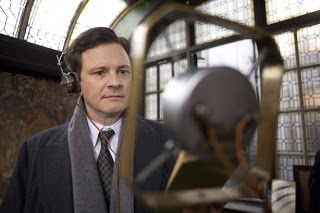 DUNSTABLE, Bedfordshire, England — To call The King’s Speech a masterpiece would be nothing short of the truth.
Directed by Tom Hooper (who made The Damned United and Red Dust), the film chronicles King George VI’s battle to overcome his stammer – a speech impediment that had a profound effect on both his professional and personal life.
The film charts the treatment of Albert, Duke of York (informally known as Bertie), at the hands of Lionel Logue, an unconventional speech therapist.
Colin Firth’s performance as stuttering Bertie is convincing and utterly compelling.
Firth’s ability to capture not only the physical symptoms of stammering, but also the mental and emotional causes of it are a great achievement. Complimented by Geoffrey Rush’s portrayal of the hilariously unorthodox Logue, a failed actor turned speech therapist; the film is a must-see tale of sorrow and triumph.
A sterling supporting performance from Helena Bonham Carter adds to the film’s resonance and emotional appeal. Carter’s successful portrayal of Elizabeth Bowes-Lyon’s sense of helplessness and courage makes the film all the more humbling and emotional.
Other supporting cast members including Michael Gambon, as King George V, and Timothy Spall, as Winston Churchill, enforce the British tone of the film, with Eve Best’s portrayal of Wallis Simpson contrasting with the conventional, ordered ways of the royals.
Guy Pearce’s portrayal of the inept heir-turned-monarch King Edward VIII is frustratingly accurate. The pairing of Best and Pearce works well as both capture the sense of hedonism that was sweeping the upper classes in 1930s.
That said, the drama does contain flashes of comic genius.
The humor is refreshingly natural, providing light relief from the sombre tone that dominates most of the film.
The contentious relationship between Bertie and Logue is both humorous and tense, as the characters are designed to clash and compliment one another at the same time.
Overall, The King’s Speech is a story that needs little ‘added drama’ or sensationalism.
The issues regarding historical inaccuracy are trivial when compared to the excellence of this film.
Everything about The King’s Speech oozes magnificence and class rendering it a remarkable work of art.

Myah Guild is a Junior Reporter for Youth Journalism International.