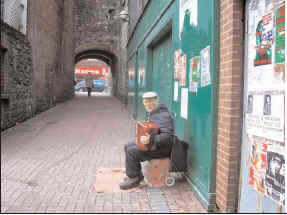 LIMERICK, Ireland — Beneath the surface of a seemingly friendly and productive Irish city lies the grim reality of drug scandals, assault and murder.
Construction of impressive new buildings, efforts to preserve scenic places of interest and the creation of new tourist attractions often conceal the bleak truth about Limerick, Ireland’s third largest city.
But for many teens living in the city and its suburbs, Limerick’s dangers cannot be smoothed over so easily – they’re a part of life.
Limerick
“When I’m on my own [in Limerick] I feel quite nervous,” said Leah Hughes, 15. “I feel really aware of the fact that I might be robbed or attacked. When you’ve lived here as long as I have, you tend to know what kind of people to be wary of.”
Crime in Limerick city frequently dominates the news, and around Ireland, the county has gained the unfavorable nickname “Stab City.” 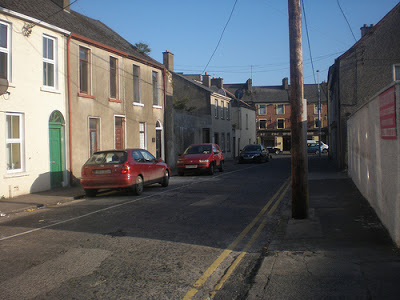 Despite her fears about Limerick, Hughes objects to the nickname.
“I don’t think [this nickname] is fair because Limerick isn’t the only place where people get stabbed,” said Hughes. “Also, many people don’t look at all the facts before giving the city a very general nickname.”
So how did the county get such a bleak epithet and reputation?
“I think that the cause for Limerick’s reputation is many years of crime and toughness.” said Suzi Newman, 13, who has lived on the outskirts of Limerick city all her life. “If you read Angela’s Ashes, you can sense a trace of modern Limerick. People in the city are just rough and raw, and some of them act like their parents never taught them anything. I believe that these people are totally to blame for what Limerick has become.”
Newman isn’t alone.
Teenagers are exposed more than anyone to Limerick’s cruelties and many have strong views about their city. Some feel afraid to be alone there.
Too many Limerick teenagers drop out of school, go off the rails and become involved with smoking, drinking and drugs at a young age.
“There is a lot of opportunity in Limerick to smoke and drink,” said Laurie Guinane, 15. “Sometimes in the city you get offered drugs and cigarettes, so they are easy for teens to get our hands on. A major problem is teenagers dropping out of school. This happens so often once teens reach the legal age of 16, and sometimes even before.”
The result, according to some teens, is that walking on the streets of Limerick can be frightening, especially if they happen to come upon some of the city’s youth. Avoiding eye contact is crucial in those situations in order to avoid a confrontation.
“Teenagers in Limerick can be scary and tough,” said Guinane. “Sometimes, if you even look at another girl your age, she will threaten you or shout abuse at you. It’s tough when our entire age group is branded as arrogant and selfish, when it’s really only that handful.”
“I feel scared walking down Limerick roads,” said Newman, “and I’ve lived here since I was born!”
Some say the problems in Limerick are centered around the city, and that the county area has nothing to do with any of these issues. 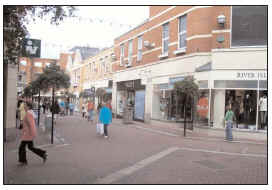 “It’s mainly the city that’s very bad,” said Hughes. “But some areas that were once very respectable are becoming dangerous, too. The urban lifestyle is spreading to all areas of the county.”
Cops on the streets of Limerick also have concerns.
“Security is much tighter and there is more patrol around the city than the country and county areas,” said Limerick Garda Garry Browne, a city police officer.
According to Browne, police work in Limerick is tougher than in other parts of Ireland.
“I fear for my own safety as a garda when I’m caught in the middle of a fight with an armed drunken person,” Browne said. “House break-ins are most common in the city. There are more problems in Limerick [than in the rest of the country]. There are more murders that are harder to solve, and we have to do harder work that is more dangerous.”
Some people argue that crime in Limerick is over-emphasized by the media.
“Often, they make a bigger deal of a robbery in Limerick than in a quiet county like Mayo or Leitrim,” said Hughes. “On the other hand, there is more crime in Limerick than in other counties, so maybe they’re just telling it like it is.”
Guinane’s mother, Deborah Guinane, has lived in the center of Limerick for more than 30 years. According to her, the look of the city has improved, but the problems are worse.
“It was the same as growing up anywhere else, I think. It has become more dangerous in recent years, although I must say it looks a lot prettier and more respectable,” Deborah Guinane said. “Going into the city is putting your life in your hands. There is a major danger element.”
Apart from the troubles with teenage crime, Limerick has a huge problem dealing with a feud between two tough, powerful families with grudges against each other so deep they will do nearly anything to eliminate one another. This dark and underlying, Mafia-type world of drugs and hate often leads to shootings, stabbings and killings.
Though the feuding has lessened in recent years, some people remain worried.
Newman said the feuds “are pretty pointless. It’s just people fighting and getting killed for stupid reasons. The police need to do something about it. It’s annoying because everyone in Limerick knows the things that are happening. We know the places it happens and the names of the families. But still nothing is being done about it.”
Deborah Guinane said the family feuds “are one of the major problems in Limerick. They’ve been going on for years, though they weren’t as prominent in the news as when I was growing up. I think they are a major factor in the city’s downfall.”
Some of Limerick’s 175,000 residents don’t think the problems in their town will ever be resolved. Hughes, who is one of them, is ready to leave her hometown for a better life.
“People aren’t going to change now,” Hughes said. “It’s been this way here for years. I can’t wait to move, though. I don’t want to be sucked into that lifestyle. I don’t want my children to be like so many people here, and I don’t want to spend my life in the grotty Limerick streets. I want to get out of here!”