By Talon Bronson
Reporter
Youth Journalism International
PORTLAND, Oregon, U.S.A. – I haven’t gotten out to see a new movie in quite a while, for life, it has seemed, is working against my love of free time. I have been so busy lately that even when the new Harry Potter came out, a set of films that it has been a tradition for me and my family to go see together, I could not go, wrapped up in work, my personal writing, and a rock band that I just can’t seem to stop giving my only real free hours over to.
So, in the midst of exhaustion one night, very early in the evening, just in between the time when I have finally gotten off work and the moment where I pass out in my bed, to wake up to my buzzing alarm clock and make a repeat of the same day over again, I decided to search through Netflix.
I decided on Chaos Theory after a little trepidation. It did star Ryan Reynolds, after all, and I cannot say with a straight face that I am exactly a fan. 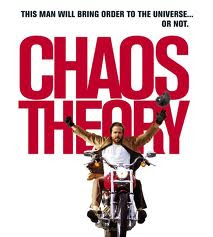 Lying in bed, sure I would probably fall asleep half way through the movie, I took a sip of tea and waited to see if I had somehow found a gem of entertainment among the sludge of Netflix entries, or if I was really just wasting another couple hours of my life on some sappy comedy.
Lucky for me, I’ve always had a strange skill for reading a book (or movie) very well by its cover, and whatever it was in my head that cued me in that 2008’s Chaos Theory might be good, was right.
Chaos Theory follows the tale of Frank Allen, a successful motivational speaker and loving husband and father. He lives his life by a set of rules, timelines, and lists, and he does not deviate, knowing that if he strays from his plans, there could be catastrophe.
And there is, when his wife, in a move to try to help him out, sets the clocks forward so that he will have an extra 10 minutes in real time. Unfortunately, she accidentally sets them 10 minutes back, making him late for his entire day, and, in a bizarre set of occurrences – some humorous, some a little heartbreaking – Frank Allen’s life spirals out of control.
Reynolds plays the character well, going from a stuffy, play-by-the-rules, never late, and rather humorless man to an out-of-control, spiraling ever downward maniac, and no matter which one he happens to be playing at the moment, it is almost always funny.
Through his lateness on the first day, he finds himself propositioned by a sexy woman at one of his self-help seminars. Then later that night he has to rush a pregnant woman to the hospital after hitting her car with his. His wife finds out about the events and mistakenly assumes he has been unfaithful to her with both women. In the confusion, Frank is kicked out of his house and turns on the system that he once lived by, believing it to be the reason his life is falling apart.
Developing a new plan for how he will live his life, he gives himself over to chaos, going streaking, getting into bar fights, and sleeping with random women – everything that old, organized Frank wouldn’t have done.
The great thing about the movie is that the plot keeps escalating until the very end and rarely ceases to be funny, even when it is quite sad. The acting is good, though there aren’t really many characters on which to judge it, since the movie stays pretty close to Frank and all his endeavors.
The story, though sometimes marred by awkward dialogue, is fairly original, and fun.
So, without spoiling anything very important, I’d say if you have Netflix, you might want to check this one out.
Chaos Theory has good pacing and is funny without being slapstick. There really isn’t much bad to say. It won’t change your life, and you most probably won’t be thinking too much about it after you watch it, but if you are looking to kill some spare time and don’t want to spend forever picking out something worthwhile, give it a go.
Now, if you’ll excuse me, I really do finally need to
go to bed ….
********
Youth Journalism International’s annual journalism contest is underway.
See www.YouthJournalism.org for details.