BRISTOL, Connecticut, U.S.A. — If you think baby-sitting your booger-breath little brother is bad, then try being a camp counselor for a month at a blazing hot day camp.
Over the summer, I was a counselor in training (C.I.T.) at Camp Chase, located in Burlington, Connecticut. It was fun but it also had its ups and downs.
Every day I would wake up around 8, trudge up the steep hills to the nearest bus stop, and climb onto the crowded, blistering hot camp bus for a 30-minute ride with screaming and hyperactive kids.
Once we got to the camp, we’d all unload and find our groups for attendance, then scamper off for a day of fun.
The kids had a pretty cool schedule. In the morning, after attendance, all the groups would circle around the flag pole for a morning flag assembly. We would raise the flag, say the Pledge of Allegiance, and then sing a camp song at the top of our lungs.
Then the kids would all head off to either their scheduled swim lesson or play their own games until lunchtime, when the kids would go to their lunch areas in the woods and chow down until noon assembly in the amphitheater.
Noon assembly was a tradition every day. We would sing a camp song to quiet the kids down, announce important stuff, and read the slips in the “mayonnaise jar” where kids would personally thank a friend in front of the camp for doing something special for them.
Then we would all head out to play some more games until the free swim time, where campers would get to go swim in the pool for half an hour. Then, in mid-afternoon, we would all meet up and go on our buses for home.
But not every day was like this.
At the end of every session there would be a special camp get-together like a talent show where the kids would make up dances or skits.
Another special activity was “color wars” where the kids were all split into separate groups named after the camp colors of red, green, blue and yellow. They then came up with cheers as their teammates competed in fun games in the pool and in the field. The groups got points for creativity, teamwork, and anything else the judges thought was good.
As a C.I.T., I had the responsibilities that a normal counselor would. I assisted the other counselors with the kids, helped run games, talked with the kids and had a lot of laughs along the way.
But, I didn’t just stick with the kids. Every day, the group of C.I.Ts would meet and talk, discuss group problems, learn the qualities of a good counselor and play games.
After two summers of being a C.I.T., I graduated from the program and received my first staff T-shirt and a certificate. This summer, if I want, I can apply to become an official counselor.
This whole thing might sound horrible if I just talked about the hot days, hyperactive kids and fatigue.
But other than that, those were two awesome summers. I made new friends, got to act like a kid and a trusted adult at the same time, and overall had a whole lot of fun. When I graduated, I was happy to have accomplished something like that. It felt rewarding.
If you’ll be a sophomore or a junior in high school and you love working with kids, I would recommend being a counselor in training.
For the first two years, it is volunteer, but once you graduate, you feel like you’ve accomplished something while having fun, and it feels pretty good.

Danielle Letourneau is a Reporter for Youth Journalism International. 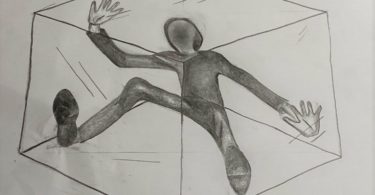 Debates around the representation and disparity between men and women in media are certainly... 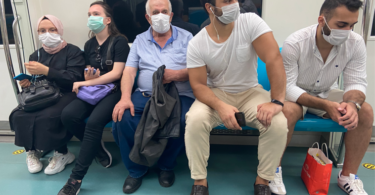 As a girl you are raised to be careful. Be careful of what you wear, what you say, how you act and...