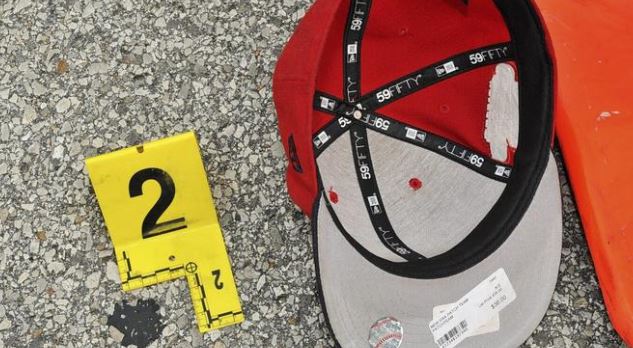 ST. LOUIS, Missouri, U.S.A. – One city. One officer. One bullet. One teenager.
It started with the death of unarmed teenager Michael Brown, who was shot and killed by a Ferguson, Missouri, police officer Saturday, Aug. 9.

How it came to happen and what exactly happened that night isn’t clear, but the aftermath of Brown’s death fired up the people of Ferguson.
After Brown’s death, chaos erupted in some of the towns of St. Louis County – mostly Ferguson – leaving buildings burned and people angry.

It began with a peaceful protest on Monday with a handful of residents in that area gathering in a parking lot. It seemed to be dying down, but when night came on, police shot tear gas and fired rubber bullets into the large and unruly crowd.

Things got out of hand and another man was shot the next day.
Police declared Ferguson in a no-flight zone for airplanes. Brown’s parents publicly begged for the violence to stop.
As I watched all of this happen on television and read about it in the newspaper, I could not believe it was happening a mere half hour away from my home.
Initially, it was on the local channels. The first image I saw was of looters in a Quik Trip convenience store, one of the 11 businesses were hit over four days. Then I saw the aftermath – the store burning.
I thought that it was just going to be a typical peaceful protest, but it got out of hand.
Then I started to see the story on national and international news networks, which I found both disturbing and disappointing.
Before Brown was killed, Ferguson was just another city in St. Louis County. It had the same crime rate compared to the average city in St. Louis County and was just a normal suburb. Now, it is seen as a horrific city that defines St. Louis as a whole.
As someone who lives in St. Louis, I hate to see my city portrayed this way. It brings down the reputation of my city as a whole and makes us look like we are violent citizens. There are people in Ferguson who want this to stop and are trying to help clean up the community, only to have it destroyed again, night after night.
As I write this late Thursday night, more tear gas is being thrown as violent protesters fight police officers who have never seen anything like this in Ferguson before.
Protesters and two journalists have been arrested, including reporter Wes Lowery of The Washington Post and Ryan Reilly of The Huffington Post. Confusion spreads as reporters are being hit with tear gas and protesters are throwing whatever they can back at the police.
Those who choose to fight are a poor reflection on St. Louis, which is rapidly acquiring a horrible reputation of violence and rallies. After all this, I predict that people from outside the community will not want to visit St. Louis for fear of protests.
The rioting needs to be ended peacefully.  Michael Brown will not rest in peace until there is a full investigation into his killing – and justice prevails – and until the handful of violent people in Ferguson stop leaving their city in ruins.
Sydney Hallett is a Junior Reporter for Youth Journalism International.