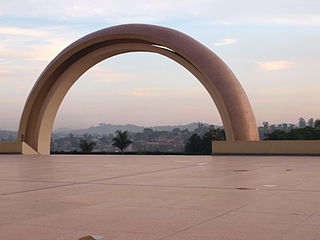 The
spokesman for the Libyan National Transitional Council, Abdullah Berrassali,
told reporters today that Qaddafi was killed after a gunfight between his
supporters and fighters loyal to the new government.

In Uganda, the
mood is mixed.
Qaddafi was
considered an influential leader here and made quite a number of investments
for Libya in Uganda, including the Victoria Hotel. He also owned shares in Uganda Telecom Limited, Toro
Kingdom, Tropical Bank and more.
There are fears
that Qaddafi’s death might affect the financial stability of these companies as
well as the Ugandan economy as a whole. But only time will tell how Qaddafi’s death impacts Uganda’s economy.
Qaddafi has
been close to the country’s Muslim population, too, even building one of the
biggest mosques at Old Kampala. It is named for him: Qaddafi Mosque.
A spokesman
for the Uganda media center said it is too early to confirm whether or not the
government here will comment on Qaddafi’s demise.