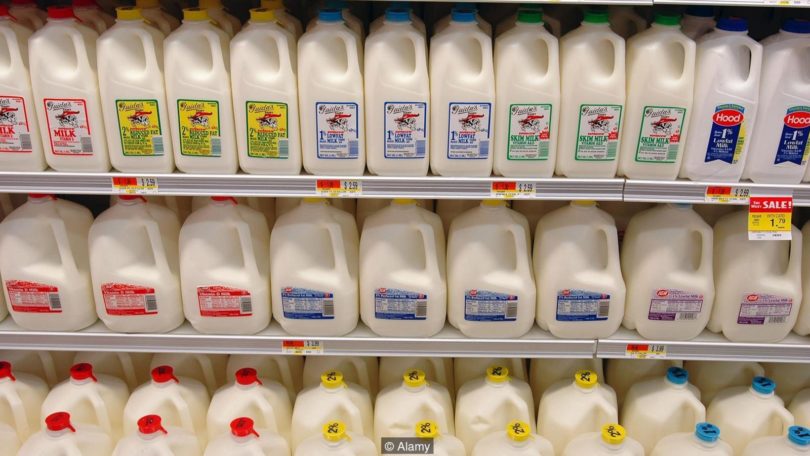 BRISTOL, Connecticut, U.S.A. — We know your milk moustache is tres chic, but is your bottle up to snuff?

As if it isn’t enough to negotiate the environmental ethics of paper-or-plastic, you now have a choice about the plastic encasing your moo juice. 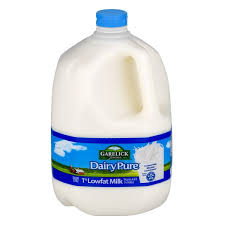 But to the dairies, it’s cut throat competition.

Last spring, Hood introduced a bottle like no other. The company claims extensive research showed that light can damage some vitamins found in milk.

Up to 50 percent of some vitamins can be lost after 24 hours of florescent light, according to Hood researchers.

So, in an attempt to prevent the loss of nutrients in milk, they created the “LightBlock” bottle. Made of a pigmented white plastic, it supposedly blocks out seven times more light than the classic clear jug.

Despite the release of Hood’s findings, most milk bottlers are sticking with clear plastic.

Mike Guida, vice-president of Guida’s Dairy in New Britain, said Hood’s claim about light damaged milk is nothing but a “sales gimmick.” 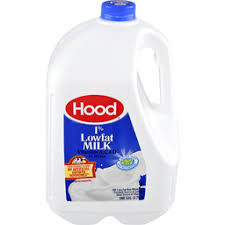 Guida said the “last time I climbed into my refrigerator and closed the door, the light went off.”

John Kellogg, vice president of Garelick Farms, said the company looked into various bottling techniques for the past two years.

Kellogg said their research showed “inconclusive scientific evidence of a loss of beneficial ingredients” from light exposure, swaying them to opt for the traditional translucent bottle.

Garelick Farms says that their bottle is more environmentally friendly than a pigmented bottle.

They use plastic that can be recycled easily and efficiently in New England recycling centers. They also created a new kind of labeling system. They use recyclable plastic instead of paper and adhesives, making it easier to break down.

Guida said his dairy considered changing the bottle, but decided against it for several reasons.

Guida said that “the recycling factor is a bigger problem than any loss in milk.”

Another factor in the decision for Guida’s to remain using a clear bottle is the preference of the consumer.

Guida said when glass was still in use, and the company switched from a clear bottle to an amber colored bottle. He said this caused dissatisfaction among the customers because they “could not see if there was anything in there, or if the bottle had been tampered with.”

In addition to that, he expressed concern that people cannot see how much milk is left in the bottle, making it difficult to be sure you have enough for the next morning’s breakfast. 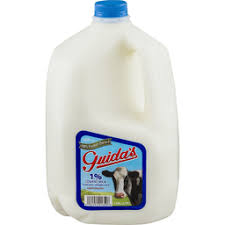 As far as Bristol is concerned, Garelick Farms and Guida’s Dairy are correct on the recycling angle.

Before recycling, Bilmes said, the bottles are sorted into groups of colored or clear. The problem occurs for the people who process the bottles. There is a higher value for the “natural” plastic.

For the consumer, scientific evidence varies depending on who you ask.

So if marketing claims have swayed your choice it’s time to ask yourself: got milked?