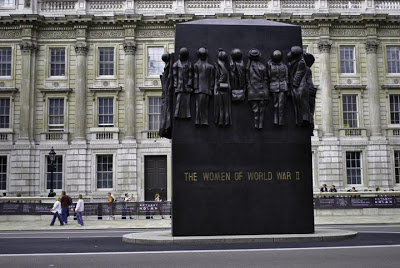 During a period like this – dominated by difficulties in
connecting between people, the loneliness that many suffer and the loss of some
important traditional values –it’s important reflecting on the meaning of this day.
Although celebrating a day like this by eating and
drinking with our family and giving some presents to our mothers is always a
reason for joy, we can’t lose sight of the deep meaning that this day has in
itself and what it should remind to think about.
The institution for Mother’s Day came initially from Julia
Ward Howe in 1870 as a moment of reflection against the war. United States
President Woodrow Wilson formalized it nearly a century ago because he wanted
to send a peace message and push the idea of international brotherhood.

Every Mother’s Day morning when we open our eyes we should
be running to our Mum to tell her how big our love is for her. Though some
might say we have the opportunity for saying these sweet things any time, I’d
guess that only a few do it every day because we give a little importance to
this simple, pure but at the same time essential act.
Thanks in part to the Mother’s Day, mothers have become
an emblem of the purity of feelings which can destroy materialism.
In her Mother’s Day Proclamation, Howe called on women
to unite against war and to stand against those who would try to knock aside
what mothers have taught about “charity, mercy and patience.”
Only by believing in the possibility of communication,
within a family or a community, can we hope for that future without war. After
all, every revolution starts from simple ideas. Just believe in them! Everything
can be built step by step.
As Yoko Ono, the wife of murdered Beatle John Lennon,
has said, “Let’s think peace, act peace, spread peace.”
Ono said that “each one of us has the
power to change the world” and that a domino effect can bring peace.Don’t forget to
thank your mothers for everything, including a better world they are helping to
create.