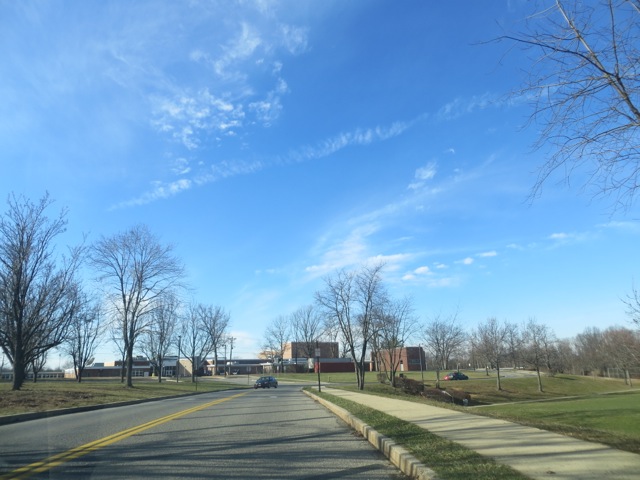 EAST BRUNSWICK, New Jersey, U.S.A. – Some of my friends complain about East Brunswick, because they think it’s boring and empty. But they don’t know how good they have it. In New Jersey, a state with the highest property taxes in the country, most parents move there for the great education, which definitely can be found in East Brunswick. Although its public high school is filled with about 2,400 kids from grades 10 to 12, it is as competitive as a rigorous private school.

My best friend, Kevin Ma, recently earned a gold medal at the International Biology Olympiad in Singapore. Although I refuse to credit his accomplishment to the science department, I take his achievement as a demonstration of the thriving talent and ambition that is so often found in the hearts and minds of students here in “boring” East Brunswick.

Here, we have music prodigies, break-dancers who performed at the U.S. Open, and scientific geniuses. Unfortunately, as a writer myself, I often am disappointed by the lack of encouragement fostered by teachers for writing and journalism, who often instead focus on science.

However, East Brunswick does not lack in other areas, like the arts. While we have basic performing arts classes, we also have advanced choir, wind ensemble and chamber orchestra – programs that are continuously invigorated by the sheer enthusiasm and energy of the teachers here. Last year, under the guidance of new choir teacher Jennifer Sengin, I was able to sing on stage at the state theater with Kenny Rogers at one of his Christmas shows and participated in various competitions.

More importantly, growing up in East Brunswick, I have been blessed with the opportunity to make friends with great people from all over the world.

While my best friends hail from India and China, my boyfriend is a Polish Jew. In the hallways, I smile at my friends from Israel, Spain, Hungary, Africa, Mexico and the Philippines.

There is something irreplaceable about living in East Brunswick. It’s not just any average suburb, it’s a microcosm of the world.

I will admit – there aren’t a million stores in a three-level mall. In fact, up until a couple months ago, most of us were still pretty bored with our little Brunswick Square mall and the lack of great restaurants (particularly for teenagers) around.

But in May, Chipotle came to town, next to Route 18, along with a Cups and Japanese Sarku franchise – hiring some of my friends and feeding thousands more.

Here in East Brunswick, hundreds of students crave Chipotle. I know personally – I bought a steak burrito at least 10 times in the first few months. It has definitely raised students and kids’ levels of happiness and satisfaction with their town. Panera Bread also moved in right next to the mall in August. It’s become yet another hotspot for kids to eat and study.

Although I am scheduled to leave East Brunswick for college next year, I know that one day, I just might return, as former East Brunswick High School students often do, whether it is to work within the school district itself or to raise their own children or to simply visit their childhood.

In the end, East Brunswick is just a dot on the map for many who have not experienced its truly intelligent, diverse and ambitious resident body. But for those who have grown to appreciate this safe and beautiful area, it’s home.