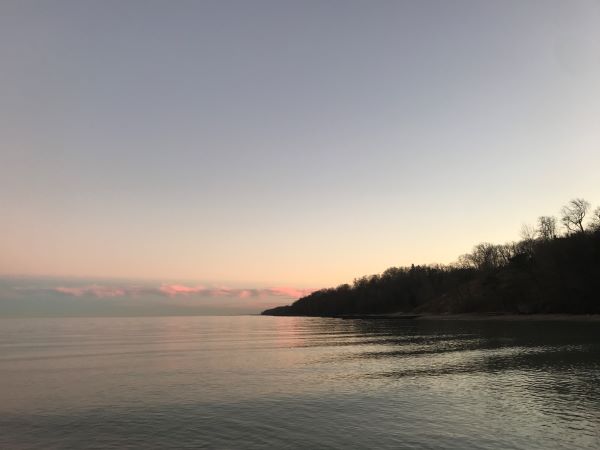 The gorgeous sunset in an ombré sky over a Lake Michigan beach. (Hina Matsumoto/YJI)

Deerfield, Illinois, U.S.A. – I’ve always bounced across the globe since I was young. I’d settle in a town to find myself packing my bags to leave two years later, and never claimed anywhere as my true home.

But I’ve lived in Deerfield for a little over five years now, and have gotten to the point where I call it my hometown.
Deerfield is a cozy village on the northern outskirts of Chicago. It rests comfortably along the border of Cook County and dips its toes in Lake County. 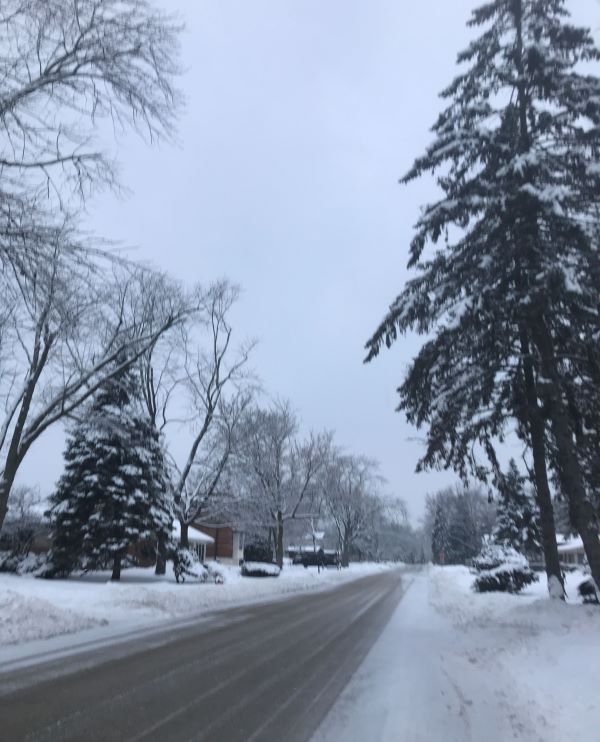 With only a little more than 18,000 residents – according to the 2010 census – it’s a blip on a map of Illinois. On a typical Chicago winter day, the brick-laden town square of Deerfield offsets the gray overcast sky. 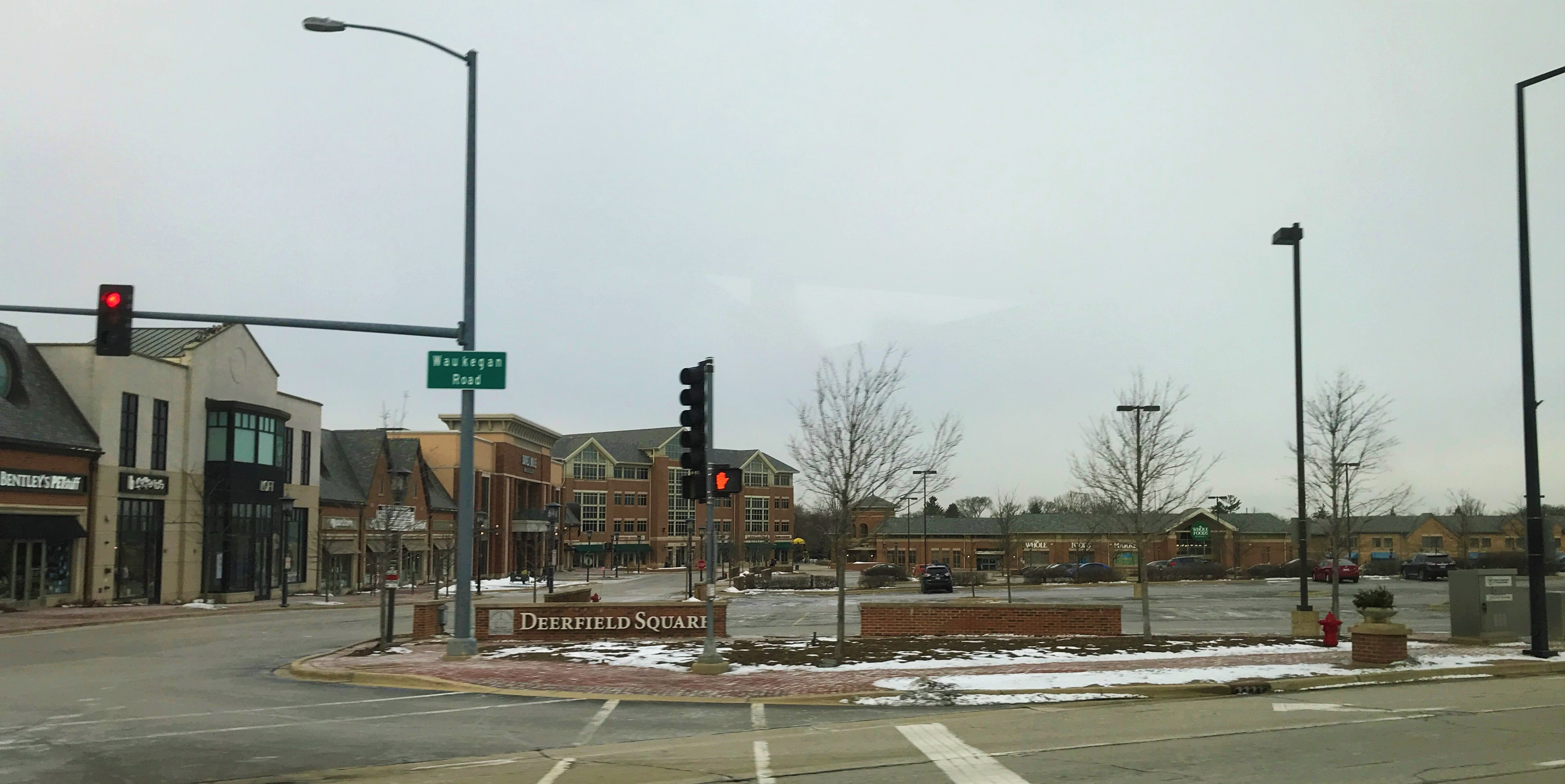 The town square in the heart of Deerfield, Illinois. (Hina Matsumoto/YJI)

Seeing Deerfield might ring a bell, because of the many John Hughes movies (Ferris Bueller’s Day Off, Sixteen Candles) filmed around the Northshore Illinois area. But what makes my area stand a bit apart from the rest is its history, and also its little quirks.

The perk of living around here is the beach. It’s a nearby unused port on Lake Michigan that is overlooked by everybody else, and that makes it perfect for me.

Of course, some people here may not bat an eye at the parking lot and the plateau of sand on the shoreline, but it holds a special place in my heart.

Drive down a cramped road for a few minutes and voila – a small shore overlooking Lake Michigan. Lights from other towns are sprinkles across the west, and Chicago sits east of where I stand.

There’s a special spell that the sunset casts on me that captures the feeling of floating in the sky. It encapsulates what Deerfield is: its own bubble in the sea of everything in the world. 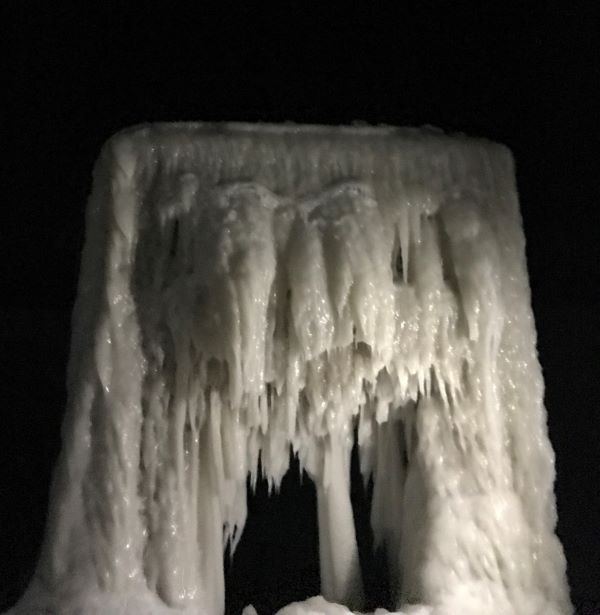 A large iron frame- about nine feet tall and seven feet wide –  at the port completely encased in ice during the January deep freeze. (Hina Matsumoto/YJI)

If you take a 20-minute drive from here, you’ll find yourself in Skokie. It probably doesn’t ring a bell, but it’s the town where thousands of Holocaust survivors migrated after WWII.

Many of them found solace living around here and the Jewish culture they brought is still very much alive.

The rich religiousness of the town makes it stand out among other American suburbs. It’s intertwined with the niceness of Midwestern folks, the busyness of Chicagoans, and the hospitality of Jewish values.

I am not Jewish, but I take part in some Friday Sabbaths and light the menorah if I am lucky to be present on one of the days of Hanukkah.

Without Deerfield, I would not be the person I am. From chunks of challah dipped in honey to the mitzvahs I went to in seventh grade, I don’t want to trade my childhood for anything else.

Hina Matsumoto is a Junior Reporter with Youth Journalism International.

Hina Matsumoto is a Junior Reporter with Youth Journalism International. She lives in Deerfield, Illinois.