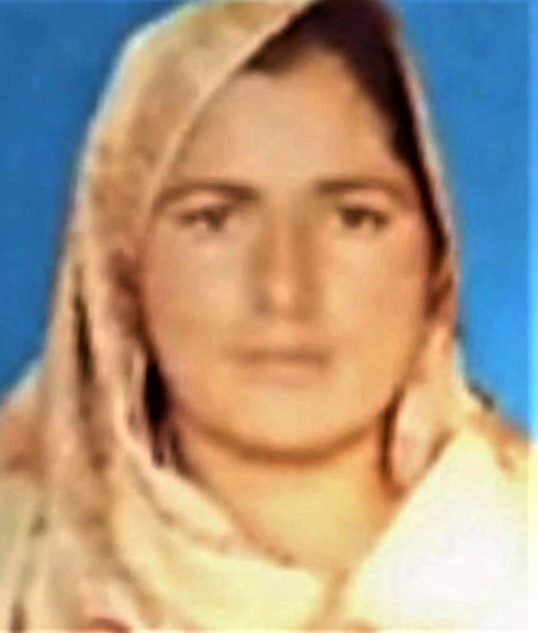 Farzana Iqbal
LAHORE, Pakistan – A woman married a man she loved. This doesn’t sound like an unpalatable crime.

But the family of Farzana Iqbal stoned her to death Tuesday because she did so. Not somewhere in the unknown undeveloped areas, not
in secret, but in front of other people, in my city of Lahore, in front of the high court building.
Many people might even have ignored this happening because it’s nothing new. Hundreds of such events keep happening.
What’s new is the victim. Whenever such a crime is committed, another woman or a girl is subjected to brutality because of something that was her right.
What bites me even more is that this happened right in front of the High Court, a place that is supposed to be the symbol of justice, expected to provide it to every citizen.
In fact, the woman, who was 25 years old, had come there to testify that she had married by her own will and not kidnapped by Mohammad Iqbal, the man she married, as accused by her family.
Before the court opened and she even got the chance, she had brutally and barbarically been killed at the hands of her own family.
I cringe at the thought of the lack of moral sense and conscience not only of those who stoned her, but also of those who stood by watching, like it was some kind of entertaining drama.
It’s an understatement that a woman died. A pregnant woman died. They didn’t just take one life; they took two, without any reason, both of them innocent.
How long will this go on?
Whether it’s a case of rape, consent in marriage, acquiring education, or even the right to live, how long will savage illiterates keep slaughtering women for the sake of their so called “honor” – the reason claimed by Farzana’s father for killing his own daughter.
Do they not realize that this kind of “honor” is nothing more than lethal and vicious stupidity?
Farzana was engaged to her cousin but defied her family and married the man she loved. To me, the loss of honor in this statement is not that she married according to her will, but that she was engaged to someone she didn’t want to marry, probably by force.
I don’t understand where this frame of thought or such values come from – complete barbarism, no doubt.
I am proud to be a citizen of my beloved land, Pakistan. It suffers many problems today, but it was acquired for freedom, to liberate everyone, especially the suppressed Muslims of that day.
Pakistan was created to liberate, not to suppress, to leave behind the savageness. Pakistan’s values and legislation are based on Islam.
And what does Islam say about this? It says that a woman must have total consent in her marriage. It says that killing any person is the same as killing all humanity. It does not allow anyone to commit murder, no matter what the reason.
Whoever kills a believer intentionally, their reward will be Hell, to abide therein forever, and the wrath and the curse of Allah are upon them, and a dreadful penalty is prepared for them. (The Quran, Chapter 4, verse 93)
There’s no such thing as “honor killing.” It’s murder and it’s not justified.
There is nothing that can justify the savage way this woman was treated and many others as well.
I wonder if her killers will ever receive punishment or even get arrested.
I wonder if women can think of fulfilling their dreams, living life according to their choices and not the choices of those with a barbaric frame of mind.
Arooj Khalid is a Senior Reporter for Youth Journalism International.