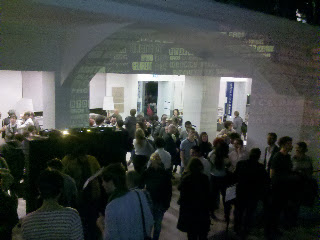 By Noah Kidron-Style
Reporter
Youth Journalism International
LONDON, England – A 12-hour overnight
philosophy marathon may not seem like the most crowd-pleasing event, but ‘My
Night With Philosophers’ lasting from  7 p.m. Friday to 7 a.m. Saturday at London’s Institut français was a surprise hit.
Having never been to a philosophy conference,
at any time of day, I didn’t really know what to expect. I only had a vague
idea of who I wanted to see speak, and an overwhelming sense of trepidation at
the sheer volume of coffee that might be required to get me through the night.

My assumption that my friends and I would be
the youngest people present proved unfounded as the night attracted an
unusually young crowd for an academic conference.
Its popularity – with hour-long queues to get
into some lecture rooms – hinted at a growing interest in philosophy and showed
the willingness of young people to attend cultural events when they don’t have
to pay the extortionate fees charged by most.

This growing public interest was the topic of
one debate chaired by French philosopher Frederic Worms.
Worms’ thesis is that there are three
philosophic ‘publics:’ the general public, the scientific public and the
educational public. Unfortunately the English academics on the panel had
assumed the word ‘public’ to have just a single meaning, while in France it can
be used to mean ‘audience’ instead.
Amidst the confusion the real audience was
ignored, as the panel appeared to forget that they were performing to a crowd.
By the time it came to take questions, one discontented audience member asked,
“Would you have been better off talking amongst yourselves without an audience
present?” to a hearty round of applause.
Thankfully, however amusing it was to watch
Worms squirm under pressure, most speakers were much more considerate towards
their audience.
Nigel Warburton’s talk about the importance of
conversation over literature in philosophical teaching was particularly
engaging. Self-knowingly accepting that he was constrained by form to a
“monologue about dialogue,” he made his points clearly and concisely, with a
great deal of humor.  By the end most people seemed to accept his
claim that one would rather discuss philosophy with David Hume than read his
work, although you may prefer to read the poetical writing of Nietzsche than
have to deal with the antagonistic German.
Also appealing was John Hyman’s excellent
lecture on the philosophy of art. It was a talk that I had not intended to see,
but having been seduced by the more comfortable chairs of the theater,
unexpectedly enjoyed a great deal.
Hyman argued that whilst it is a mistake to
view art as a method of visual discovery, one could suggest that it is a form
of language, which expands over time to encompass novel means of expression.
His talk also included one of the most
quotable lines of the night when he compared the expressive qualities of poetry
and art, and on examining John Donne’s love poem, To His Mistress Going
to Bed, concluded, “In English, we can do sex with prepositions alone.”
Alongside the lectures were a number of
readings of great philosophical works by actors. Hobbes’ reply to Descartes’
meditations was intriguing and well read.
Less enjoyable was a performance of Bernard
Williams’ Liberty, a text that the performer appeared to be reading
for the first time. In a stuttering intonation, devoid of syntax, the passage
was incomprehensible. That fact was emphasized by our realization that it
failed to get any more difficult to follow Williams’ train of thought, when the
reader, having misplaced page 21, skipped three further pages.
That said, the performance of Ludwig
Wittgenstein’s Lecture on Ethics was hugely enjoyable.
Enthusiastically read, thought-provoking and full of fantastic lines like
Wittgenstein’s description of popular science as “a lecture intended to make
you believe that you understand a thing, which actually you don’t understand,”
it was without a doubt one of the best lectures of the event.
As the night wore on and exhaustion began to
kick in, it became increasingly difficult to follow the more involved lectures.
In particular 4a.m. proved far too late for
Sebastian Gardner’s talk, which seemed to be a set of indeterminable footnotes
on After Finitude, a complex book about epistemology.
With 12 hours’ worth of space to fill, in four
separate rooms, ‘My Night With Philosophers’ was always going to have some
disappointing lectures, but there was also a wide range of interesting and
engaging speakers.
There was general sense of trepidation at 1 a.m.,
when the London’s underground network switched off, meaning we had to stay for
the whole night, and by the early hours of the morning, our continued presence
was little more than masochistic pride.
However what saved the event from the gimmick
that it could have become was the excitingly youthful crowd, whose enthusiasm
kept up the energy throughout the night. With everything from French
philosophical stand up comedy to a 450-minute interview with Giles Deleuze, 12
straight hours of philosophy is not really a good idea, but in this case, at
least it worked. 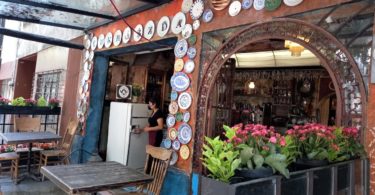 MEXICO CITY – There is no easy way to describe ‘home’ or to describe Mexico City, where I live. I... 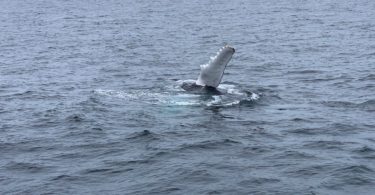 Atlantic Ocean, off the coast of Gloucester, Massachusetts, U.S.A. – I wasn’t expecting to see and...