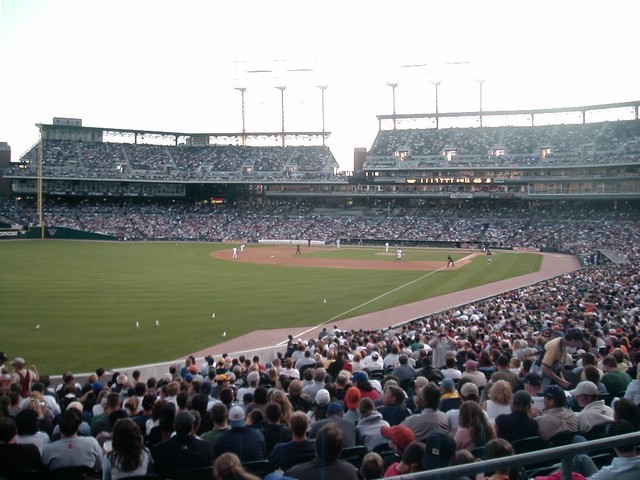 AVON, Connecticut, U.S.A. — Little Leaguers dream of one day becoming Major League baseball players, but very few see their dream come true.
The minority of athletes that make it to the majors are greeted with fat paychecks – and, for most, the money changes how they play and think about the game.
Money makes things confusing. Their dream of playing in the pros turns into a dream of making lots of money.
I am a huge sports fan, but I agree with critics who say that professional athletes are overpaid, though I can live with that.
What I can’t live with is major league baseball players going on strike because they don’t believe that they are being paid enough.
When I was nine years old (before I understood how selfish some athletes really were) my dad and I had front row tickets to a Red Sox game, closer to the field than I’d ever been.
A few days before that game, however, the players’ union called a strike and my father had to explain to me why we couldn’t go to the game — because the players were no longer playing for the love of the game.
They were playing for the love of money.
Making a big paycheck should be an extra that comes with being a sports star, not a reason for becoming one.
The giant payoffs have changed sports dramatically.
Back when athletes were paid something close to what most everyone else got, players would take the field when they had broken fingers or severely sprained ankles.
They did for two reasons: they loved to play the game and they knew they might not have a paying job if they didn’t play through pain.
The greed that a lot of ballplayers have today is not entirely their fault. It is also the fault of the owners and the fault of sports fans.
If fewer people went to the games, there wouldn’t be as much money for the owners to dish out to the players. In addition, if the owners didn’t charge as much for admission to the ballpark, the players would get paid less.
I don’t know about you, but I’d rather watch a World Series than watch a bunch of selfish, rich baseball players go on strike.
Money can dramatically change the mindset of an athlete.
As a sports fan I have seen it happen many times when a collegiate player goes to a professional league. They don’t try as hard as they did when they weren’t being paid to play.
When money is involved, the games that we used to play for the love of it turn into a business that we do for a check.
I realize that there still are many players who play because they love to play and who only think of the huge amount of money that they make as an extra.
Derek Jeter is one of those players. He goes out on the field every night and gives 110 percent, no matter what the circumstances are.
I love to watch those type of players.
But there are very few.
Major League players owe it to their fans to just shut up and play the game.

T.J. O’Connor is a Reporter for Youth Journalism International.