Protesters from the General Assembly of the Presbyterian Church (USA) took to the streets in St. Louis Tuesday to protest the controversial cash bail system that has clobbered so many poor, minority and immigrant residents in the St. Louis area. Studies have shown the excessive reliance on cash bails causes people caught up in the criminal justice system, often for minor offenses, to wind up in jail.

Here are some photographs of the march as well: 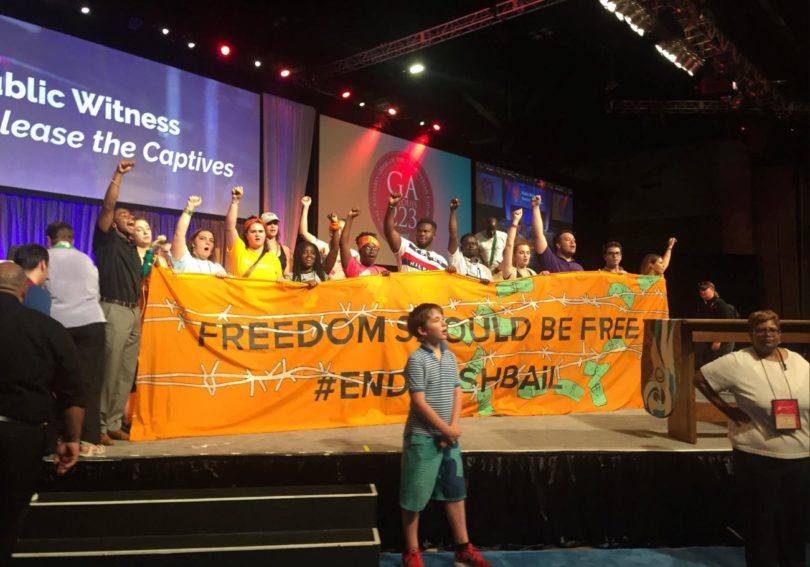 Young Presbyterians gather at the front of the convention center who were also holding the front of the line during the protests in the streets. They believe in ending cash bail, which victimizes the poor. 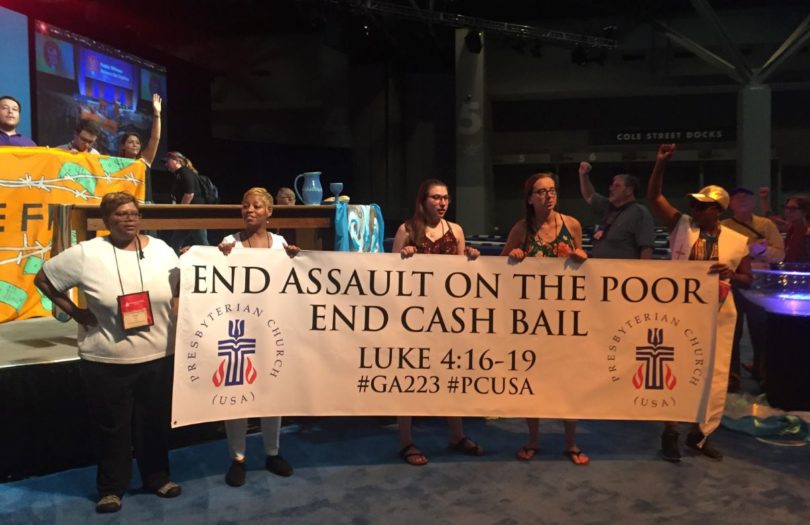 A group of five women hold up a sign in the convention center as protesters gather in. 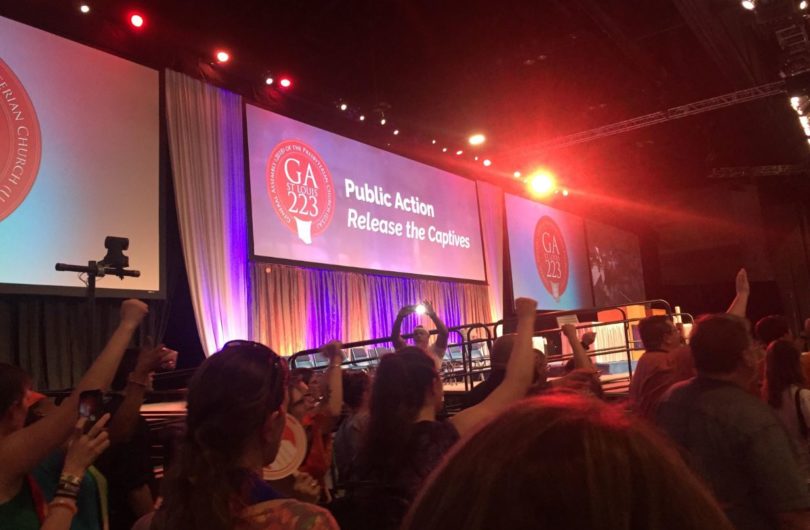 Protesters gather in the America’s Center Convention Complex, where the conference is being held. At the front of the screen, it reads “Public Action: Release the Captives.” 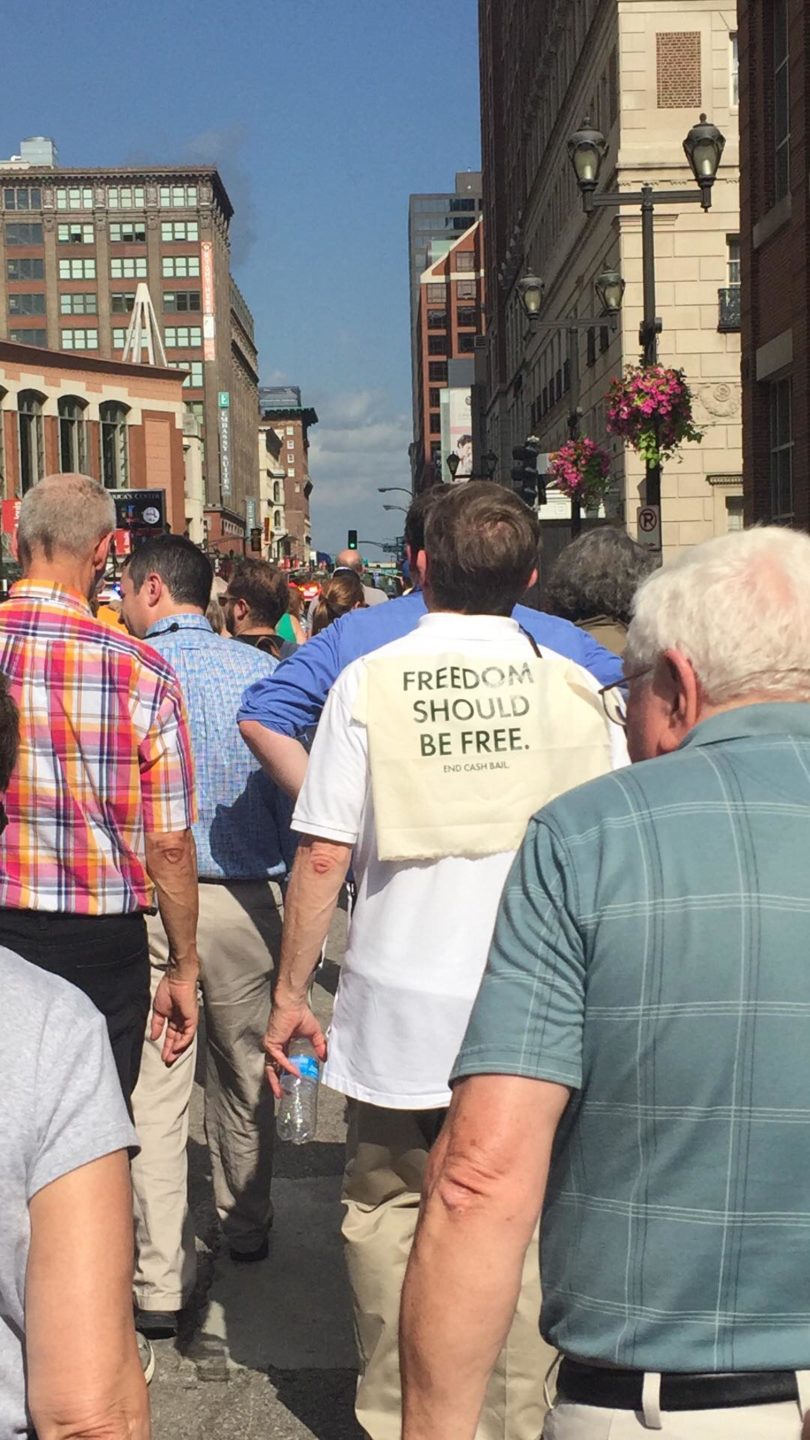 A man walks with the slogan “Freedom should be free, end cash bail.”

Sydney Hallett is a Senior Reporter in Missouri for Youth Journalism International.