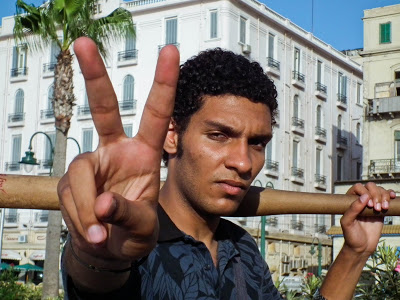 Youth Journalism International photographer Yasser Alaa went back out to the sit-in in Alexandria, Egypt on Tuesday and took these photos, including the above portrait of his friend, Osama.

Osama, a young protester whose last name is being withheld because he is concerned about possible reprisals, is holding a club to protect himself from threats that protesters sometimes face.

The protests, which began July 8, are going on in Saad Zhagloul Square in Alexandria, a public park between city buildings and the Mediterranean Sea. Osama leaves the square occasionally to visit his family and assure them that them that he is okay. 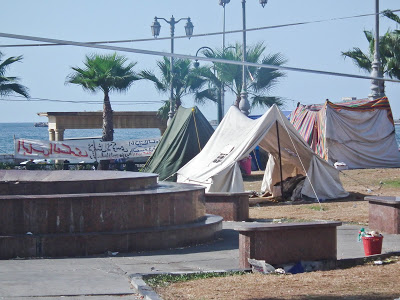 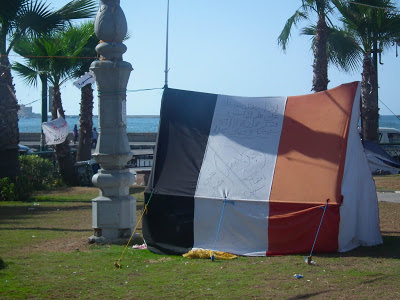 Some tents, like the one above, are made with, or covered by, large Egyptian flags. 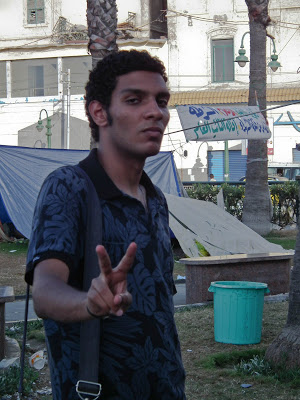