BRISTOL, Connecticut, U.S.A. — When he’s competing on his BMX bike, Bruce Crisman flies up ramps, spinning full circles on his back wheel while hanging on with one hand.
And then he really gets going.
“I do it for the love of the sport, definitely,” he said. 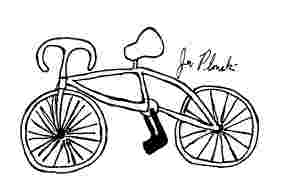 Crisman may be one of the top professional BMX street riders in the field, but he’s still a regular guy.
When he turned 21 recently, he said, he just went camping.
Camping seems pretty tame for a biking whiz who’s just gotten off the Dave Mirra BMX tour, grabbed a second place finish at the Texas X Trials and turned fully professional just a year ago.
Crisman may be fairly new in the lineup of pros, but he’s already beating out tough competition and gaining recognition.
He said he was inspired to get into BMX after viewing multiple BMX videos and reading BMX magazines. The Oregon native’s been participating and competing in top competitions since 1994.
Crisman placed third overall last year in the Hoffman Sports Association Bicycle Stunt Series in the park category — which is like a street course but has more of a skate park feel. That’s a good showing for a competitor’s first year as a professional.
Crisman loves the sport enough to give lessons and demonstrations regularly at Woodward Skate Park in Pennsylvania.
But, he said, his favorite park to skate in is the just-as-notable Portland Burnside Skate Park in Oregon, near his home.
Competing in Dave Mirra’s nationwide BMX “supertour” this past year, he said, “was very good, very exciting.”
With all his newfound popularity, he’s still grateful for what biking has given him.
“I’m so thankful that I get to do this for a living,” Crisman said.