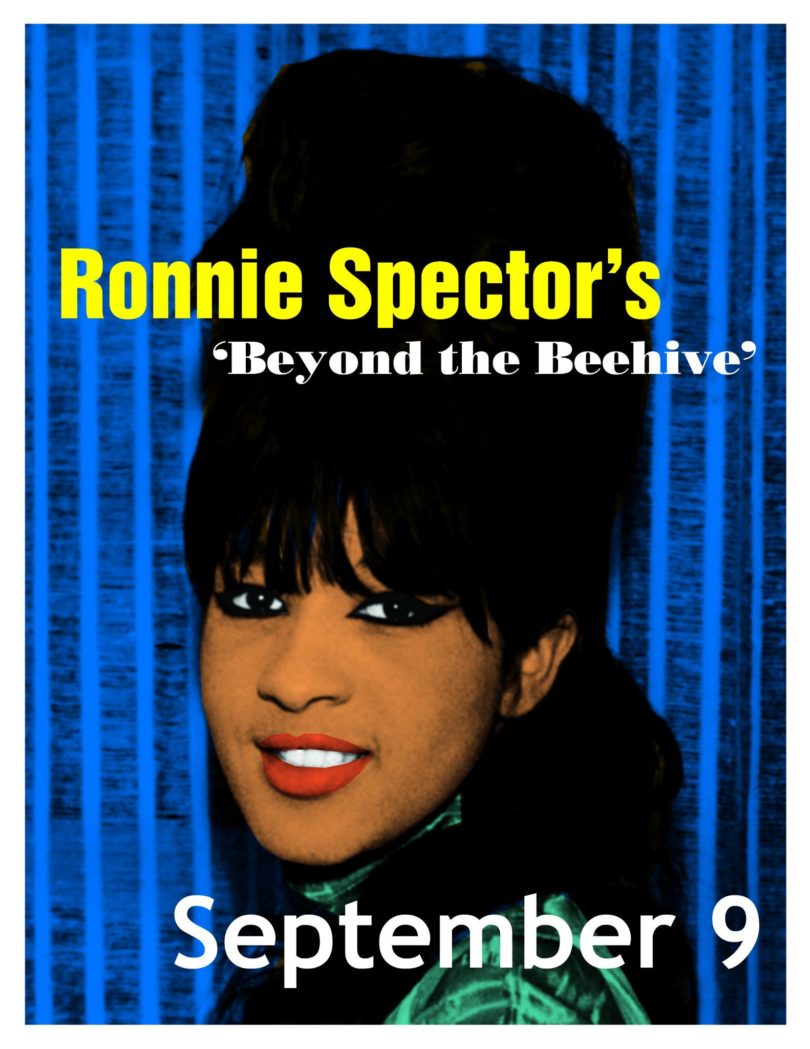 Old Saybrook, Connecticut, USA — A decade ago, Ronnie Spector brought her one-woman show, “Beyond the Beehive,” to the Katharine Hepburn Cultural Arts Center to tell the story of her life, punctuated by thrilling musical performances of her top hits.

“More than anything, I loved music,” Spector said.

From her upbringing as a biracial child in Spanish Harlem — “I loved being different,” she said of her unique ethnic background (her mother was African-American and Cherokee, and her father was Irish) — to her 2007 induction to the Rock ‘n Roll Hall of Fame in Cleveland, Spector’s life has been an exercise in triumph and tragedy.

She talked about her first gig with The Ronettes, when they became the regular dancers at a New York club by “deception.”

One night the three girls were outside a club in a crowd when the manager mistook them for his hired dancers. Spector didn’t bother to correct him.

The Ronettes were an immediate hit. 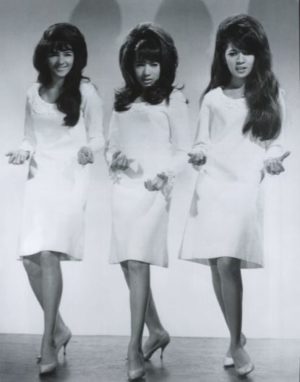 The Ronettes (Rock and Roll Hall of Fame)

“The toughest crowd in town was hollering for me,” Spector said.

She said that “all the fancy white people” came down to the club to see The Ronettes.

Spector’s relationship with her manager, husband, and ultimately ex-husband Phil Spector was a major focus of the show.

From their early romance to his first bizarre and controlling actions, to the berserk cruelty of his threats of a “glass coffin” in the basement of his Los Angeles mansion when she was held virtually prisoner, the story of the Spectors is told with clarity and honesty, if not without bias.

Spector said she was “walled up in a mansion – and a marriage.”

She said she “escaped” by taking a barefoot “walk” with her mom.

At The Kate, Spector was backed by a drummer, a bassist, a guitarist, a pianist, a keyboardist and two backup singers for a 90-minute show that wrapped around a 20-minute intermission that served as a dividing point in the story, as well as as a bathroom break.

Spector’s hair played a major part in her version of her. It was so long and so imposing that it was hard to believe it was real.

Spector talked about John Lennon, George Harrison, The Beatles, The Rolling Stones, Mick Jagger and Keith Richards, dropping one famous name after another.

She talked about fending off Lennon’s advances in a back room in a hotel, and going door to door in rural England with Jagger, in addition to having Richards show up for bacon and eggs at her mom’s apartment.

The most impressive part of the show, by far, though, was the music.

Spector’s voice seems to sail and is perfect for the songs she does.

The band was good, but Spector was better. She was, without a doubt, in top form.

Kiernan Majerus-Collins is a Senior Correspondent with Youth Journalism International.