BARRIE, Ontario, Canada — One moment that will forever resonate in my mind from the Canadian Live 8 concert July 2 came when actor Will Smith in Philadelphia, shown on the big screens by the stage, asked everybody to snap their fingers every three seconds to mark the chilling fact that an impoverished child dies every three seconds.
It seemed that the whole world – concertgoers in London, Rome, Paris, Berlin, Philadelphia and Moscow were also watching and following suit at the same time — stood there snapping their fingers in tune at the same time. 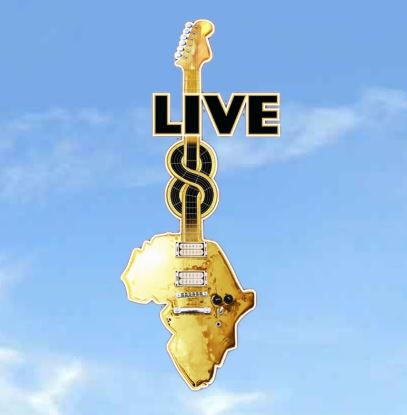 To be an attendee of Canada’s concert in support of the Live 8 concert gave me a incredible sense of pride as a Canadian and a member of a global group of 2 million fans who turned out to see bands play to rally support for a new initiative to stamp out poverty in the Third World.
As thousands streamed in from as far away as the Northwest Territories and Mexico, I could see their devotion as they forked over $40 for souvenir shirts. All the proceeds were going to World Vision Canada to help desperate Africans.
Just before the global finger-snapping, Smith called out to fans at every concert venue – except Tokyo , which had already finished – and had everyone in turn give a large round of applause.
Everyone screeched twice as loud as they can at the top of their lungs.
I saw the same sea of punching hands and heard words of support around me as a host of Canadian celebrities and foreign friends on the stage offered their support for a more equal planet.
Milling throughout the crowd for nearly 12 hours under a hot sun were a team of devoted men and women who wore bright orange shirts with “Make Poverty History” written across them. They tried to get as many as possible to sign their names and spare what they could for World Vision Canada .
The signed cards they collected were to be forwarded to Canadian Prime Minister Paul Martin, one of the G8 leaders whose gathering in Scotland was the reason for the concert’s timing.
In exchange for their help people were given a white band that has the “Make Poverty History” website listed on it.
I felt happy to see the large numbers of participants in this worthy effort.
As volunteers approached people while they cheered the Barenaked Ladies, The Tragically Hip or one of the other 20 acts present, most appeared delighted to lend a hand.
By the end of the day, organizers told the crowd they’d collected 26 million names around the world. I found it heartwarming to hear.
The Live 8 videos we saw said the world spends $900 billion a year on “things to kill people” and $90 billion annually on perfume but hasn’t come up with the 2 cents a day it would take to keep an African youngster from going blind from disease or dying of hunger or illness.
The concerts at least showed that people will go the distance to express their support and sympathy for the suffering.
Among those taking the stage were Bryan Adams, Gordon Lightfoot, The Tragically Hip, Barenaked Ladies, Our Lady Peace, Tom Cochrane, Great Big Sea , Deep Purple and the Australian band Jet.
Toronto rocker Neil Young, making his first appearance since suffering a brain aneurysm several month sago, delivered a stellar performance.
In the strong finale, Young brought most of the performers on stage and they sang a rousing round of “Rockin’ in the Free World,” one of Young’s signature songs.
The performers repeated the chorus again and again until a grand finale with screams and cheering to conclude the biggest concert the globe has ever undertaken.