BRISTOL, Connecticut, U.S.A. — My prom night was unforgettable. And I’m not just saying that because they want me to.
Oh, sure, they gave us a none-too-subtle hint in actually naming the event “Unforgettable.” But when I say I had a memorable night, I’m not necessarily referring to the magic of the evening.
And while I realize some of my peers may have found their memories a bit blurry the morning after – for some less-than-magical reasons – that’s not what I mean, either.
No – it was memorable for me as Alice’s trip to Wonderland was memorable for her: As a journey into the realm of the bizarre.
Understand, the whole idea of prom was pretty bizarre to me from the start. Guys shell out lots of cash to wear borrowed clothes for an evening. Girls do the same to purchase a dress they can only wear for one night – and shoes that they’ll be lucky if they can wear for one hour. All this so they can look good … in a darkened room.
But I agreed to go because my friends were going, and one of my friends asked me to go with him.
That, and because I heard the food was really good. 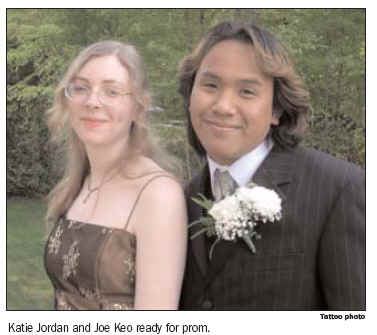