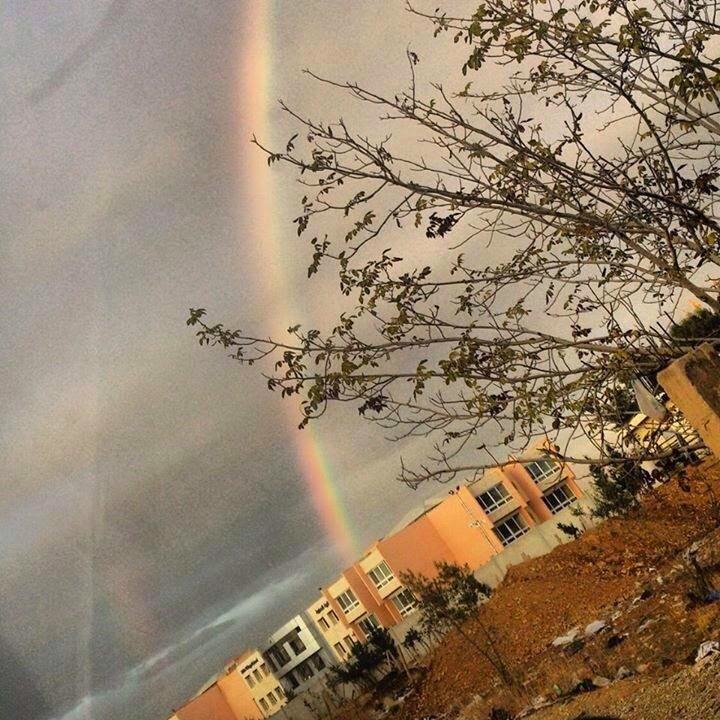 The Little Village School outside of Damascus, Syria. In 2012, the school relocated to a new location inside the city for safety reasons. (Ghazal Al Tabaa/YJI)
DAMASCUS, Syria – The ministry of education in Syria has a key motto: We raise, then teach. It is a sentence that all teachers have reiterated to our ears over the years, all confirming
the one idea that they raise generations before teaching rudimentary sciences.

Even discipline goes into a student’s report card with a mark.

To have such an educational purpose means a society is going beyond books and pens and laws in the process of schooling children. It also means that extraordinary conditions cannot stop progress.

It’s a decision that all schools in Syria took – to keep on learning.
There is no doubt that the ongoing conflict has changed things in Syria and affected the educational structure in all its forms for students, teachers, and administrators alike. They all had to face and conquer new obstacles on a daily basis to keep on learning.
A woman who is closely in touch with these challenges is Shahrzad Saati, who is head of the Arabic department in Little Village School in Damascus.
She’s been involved with both teacher and student education for years.
Saati described the great change that affected Little Village School. One of the biggest schools in Syria, it has the advantage of teaching both foreign and Syrian curriculums fully.
The biggest change the school went through, from Saati’s perspective, was when Little Village School moved two years ago from the suburbs into small buildings inside Damascus.
The move deprived students of the use of vast playgrounds, music halls, computer labs, and various amenities that offered a better learning experience.
Since safety is the primary obstacle, Saati said the school has provided some precautions. There are shelters, she said, and steps are taken to insure the roads are safe before buses drive off carrying students.
Perhaps the main precautionary measure was changing the school’s quarters as a result of it neighboring a disputed area.
According to Saati, the crisis has caused numerous problems. Students suffer from psychological pressures, she said, and they can be tiring to both teachers and administrators, who try to
work with the families to provide an atmosphere of guidance if possible.
Also, some teachers have suffered from different problems, she said, such as a demolished or burnt house and in some cases, a homeless family.
It’s all reflected negatively on their teaching performance, Saati said, and caused some of them to travel abroad in search of a new position.
Asked how she keeps political or other divisions at bay among both staff and students, Saati said parents were contacted when arguments between students arose on social media.  Then, the students were guided into accepting other opinions so they couldn’t create more problems with classmates.
As for the future of learning in Syria, the nation is still fine, according to Saati. The best proof of it, she said, are Syria’s sons who prove excellence and creativity wherever they go in the world.
Education in Syria might be long, difficult, and even dangerous to achieve, but it is obvious that all Syrians are not willing to let go of it.
Leen Othman is a Junior Reporter for Youth Journalism International.
***
Your tax-deductible contribution can help support this nonprofit at
www.HelpYJI.org