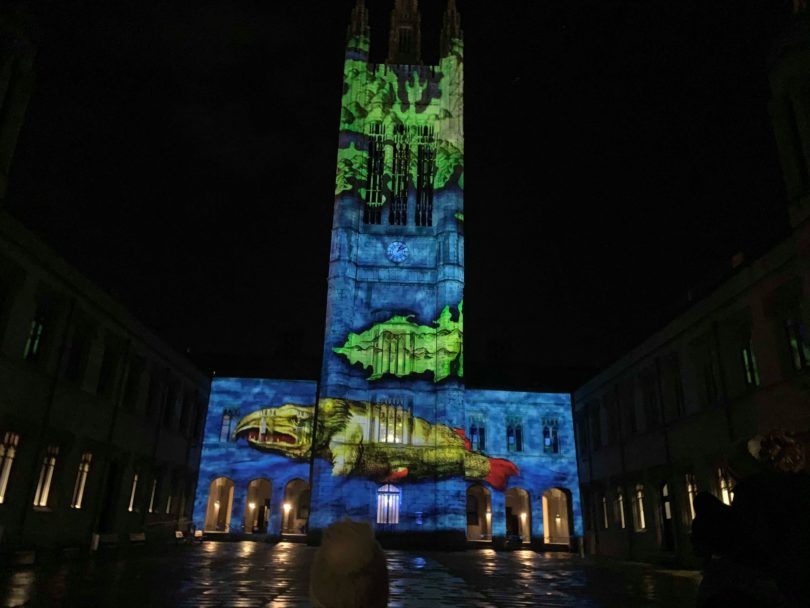 Light projection of sea monster inside the Marischal College. (Owen Ferguson/YJI)
ABERDEEN, Scotland, UK – The city of Aberdeen witnessed the return of a dazzling light festival last weekend when Spectra, Aberdeen’s Festival of Light, came back to town. 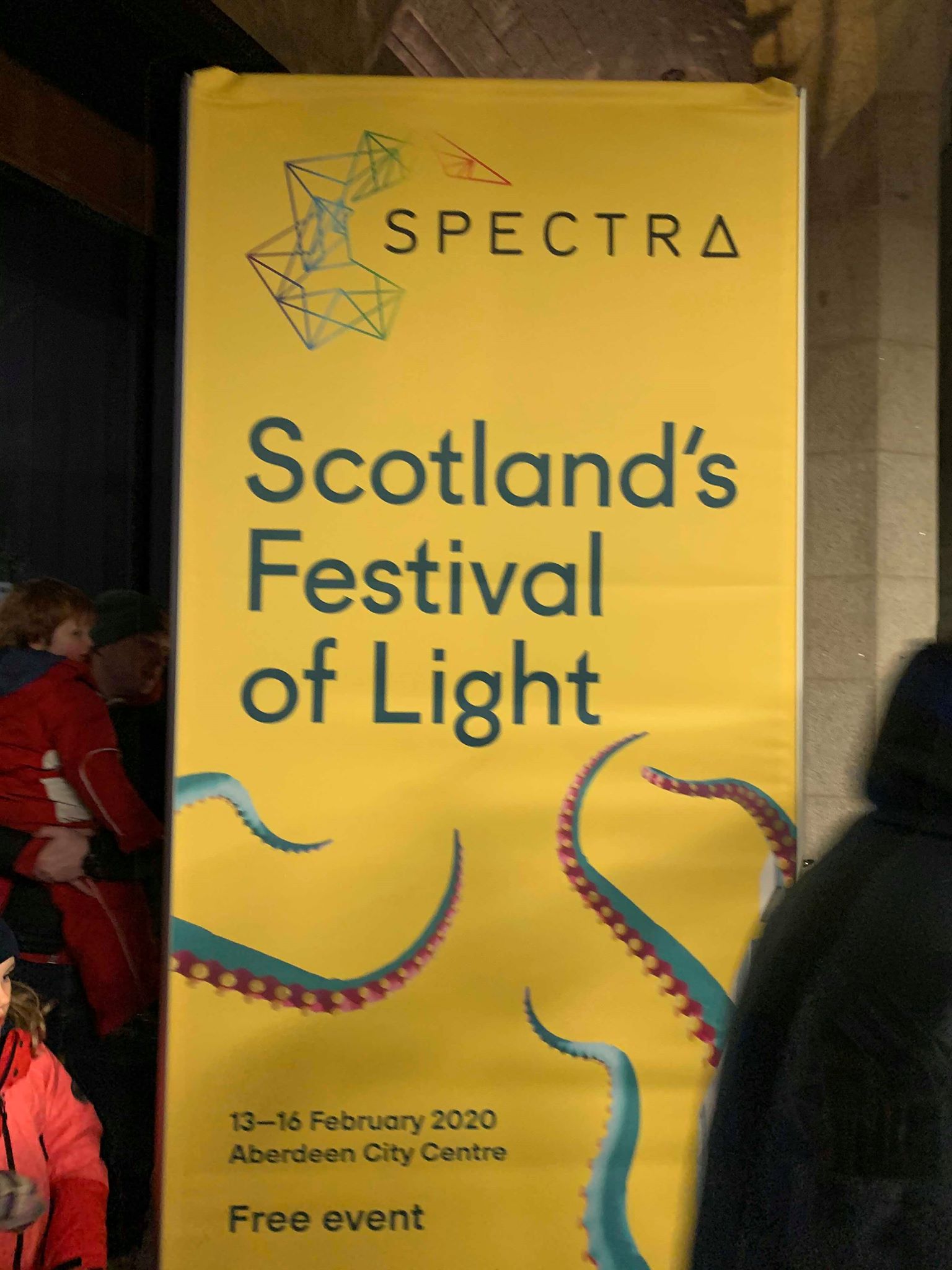 An event poster for the Aberdeen light show. (Owen Ferguson/YJI)

Aberdeen, on the northeast coast of Scotland, has hosted the Spectra festival for five years.

Spectra aims to bring art and light to the city each year and features national and international artists.

The theme this year was “Coasts and Waters” – the theme matched the one chosen by VisitScotland for 2020.

Lewis Church, a student at Gray’s School of Art, attended the festival. He appreciated that it was a free event, but also said it was “wonderfully engaging and great that it touched on the art climate and the world climate.”

Sites across Aberdeen saw all manners of displays set up to draw curiosity leading up to the festival, which lasted from Feb. 13th  to 16th. 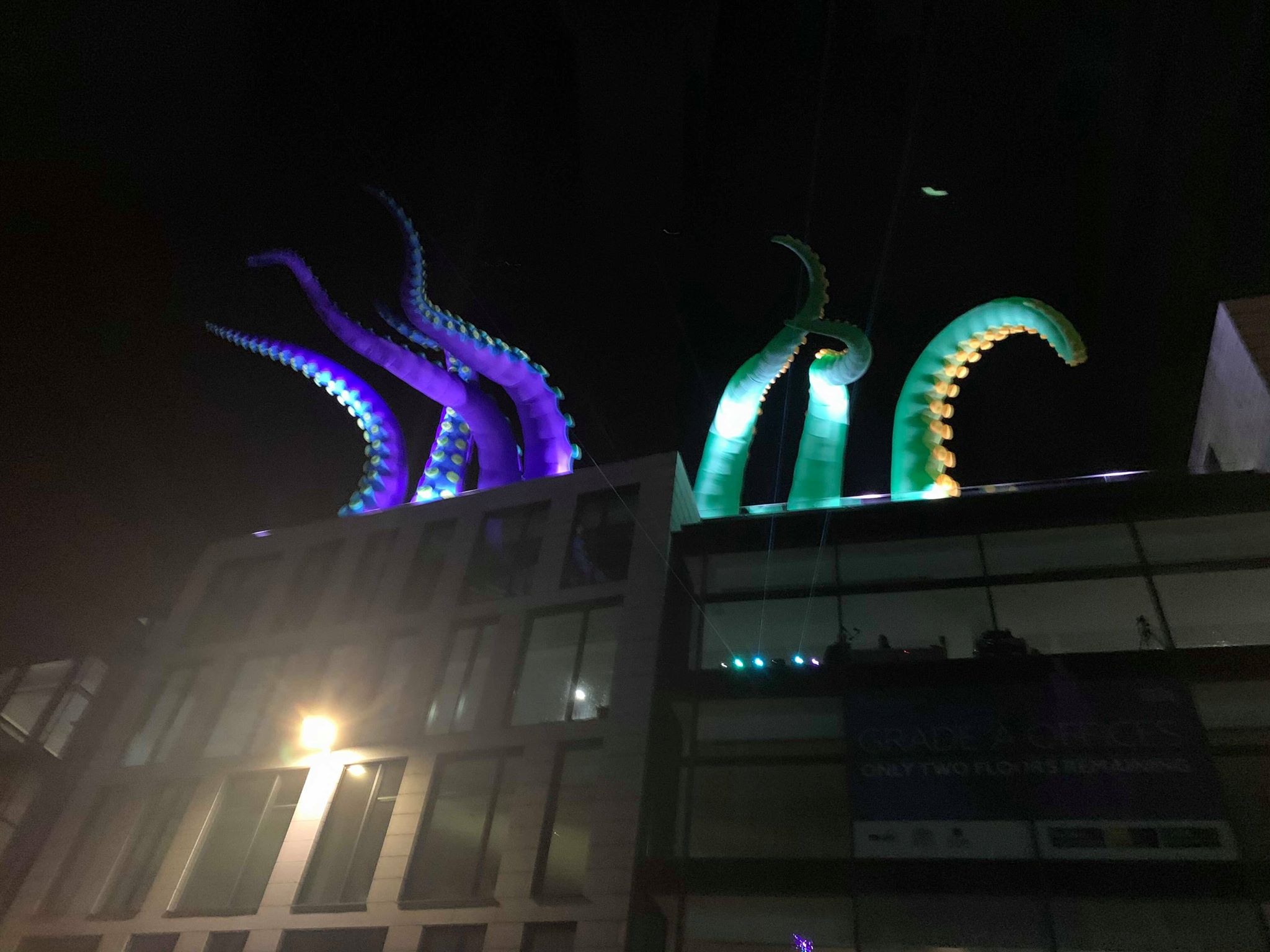 St.Nicholas Kirkyard, an old church cemetery, was transformed into a “digital forest” with light projections and small mechanisms on ziplines playing the part of “Eloa,” the digital creatures within the forests. 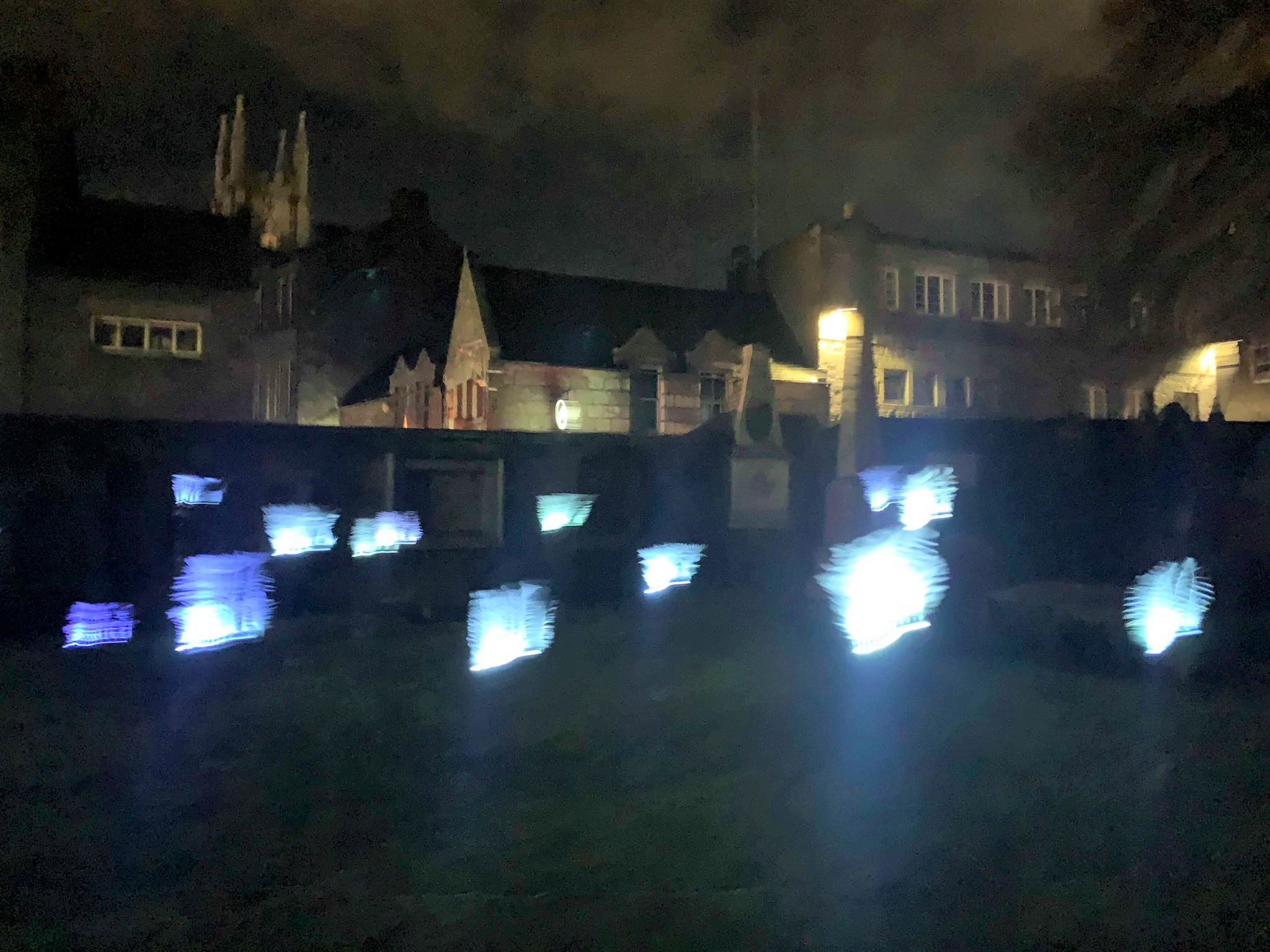 “Inside the digital forest,” The scene inside the St. Nicholas Kirkyard. (Owen Ferguson/YJI)

Inside the kirk, or church, giant projections of old-world ships and blue birds took the main stage. Around the exit and along Schoolhill Street, inflated sea plants and creatures as well as dancers guided locals and tourists alike. 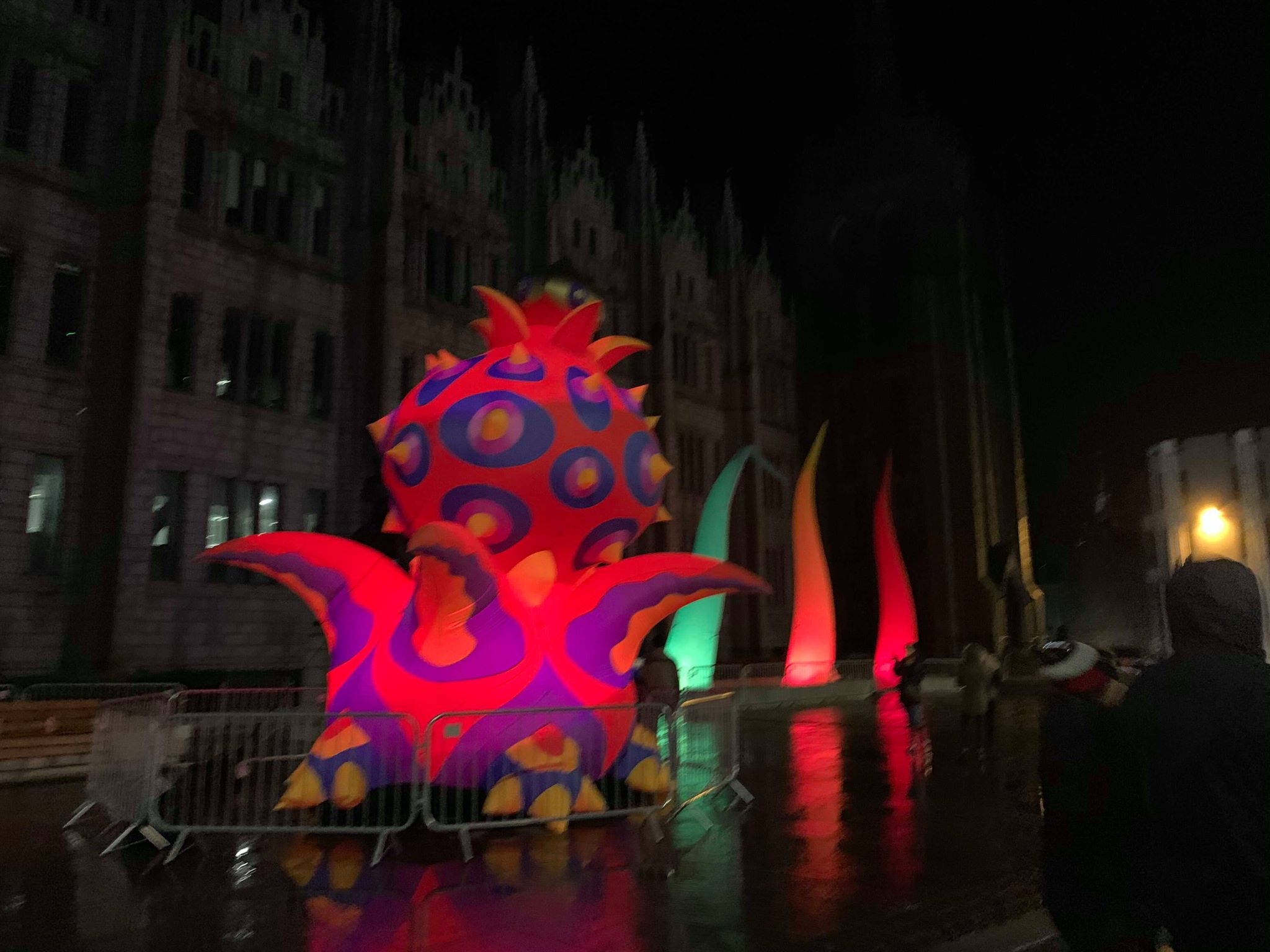 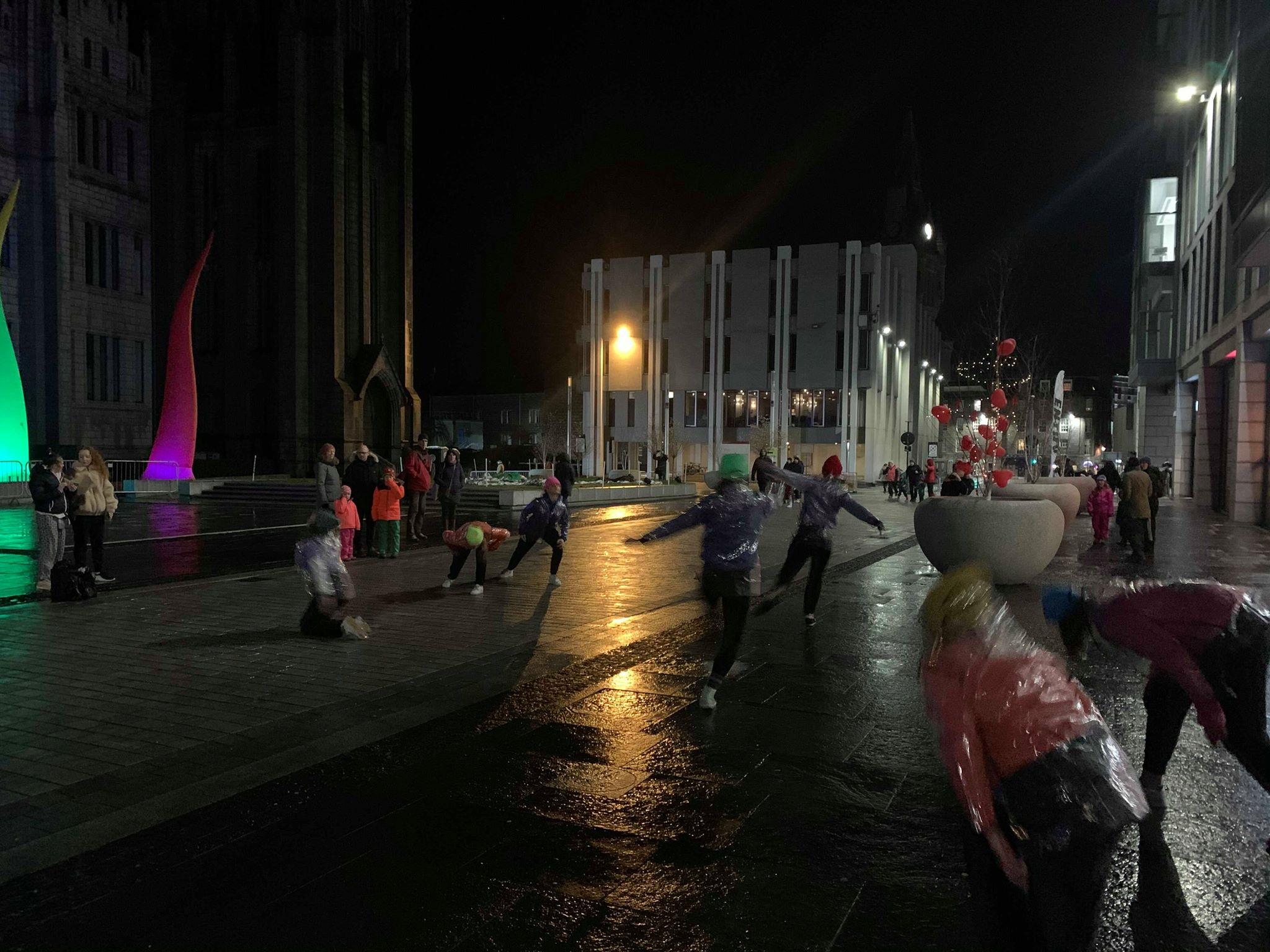 At Marischal College, interactive light-projected fireworks allowed you to launch a colourful explosion onto the building. 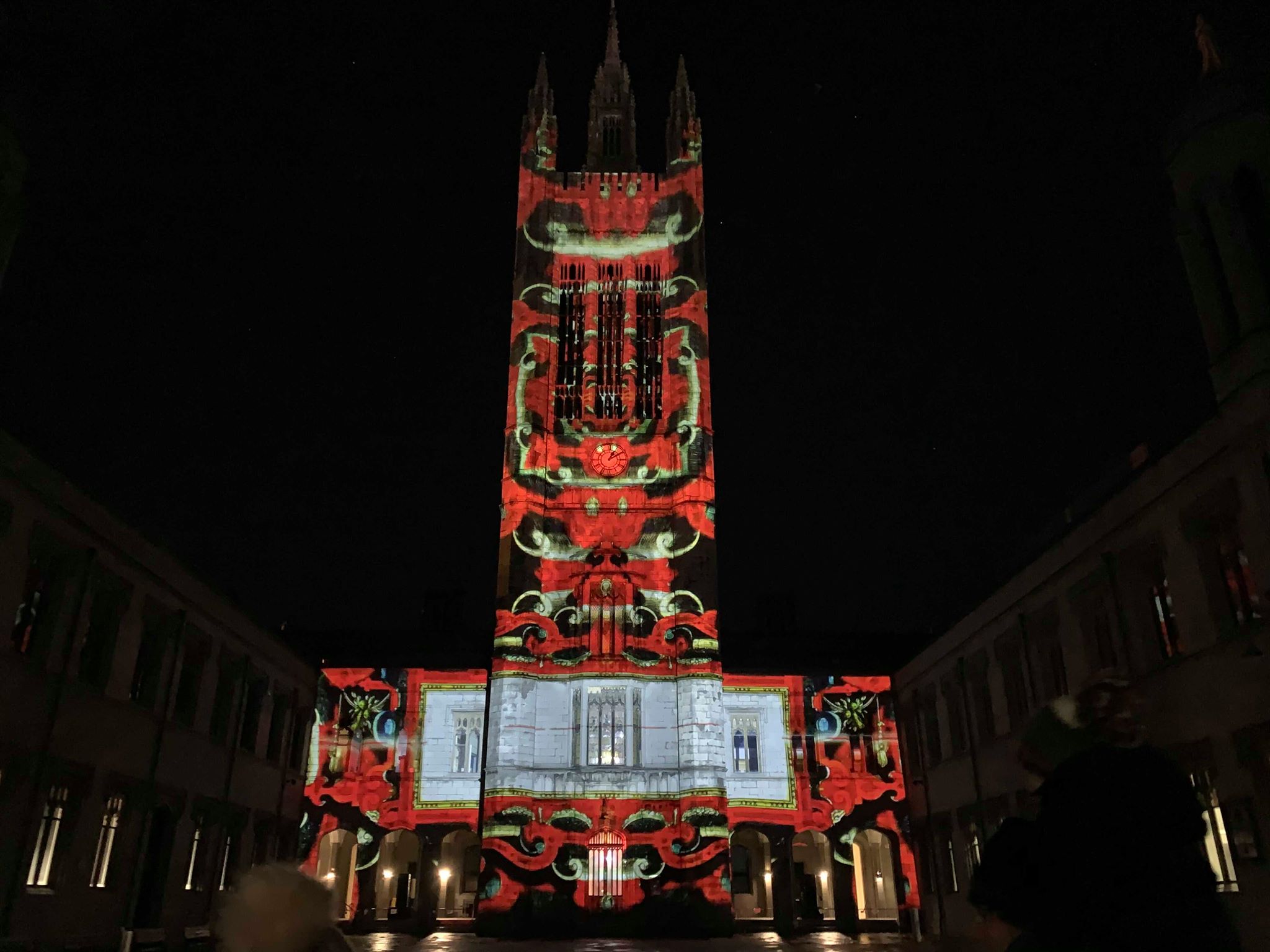 Other highlights included a plastic wave that rose or fell depending on where you selected on a map to show the overwhelming amount of plastic in some parts of our oceans.

Gray’s School of Art also launched a pop-up art studio and encouraged the public to join in.

The final night of the festival had to be cancelled due to safety concerns over Storm Dennis, though the city largely avoided any impact from the storm.

Spectra is likely to return to Aberdeen in February 2021, and the city will once again attract artists and culture hunters from around the world.

Owen Ferguson is a Correspondent in Scotland with Youth Journalism International. 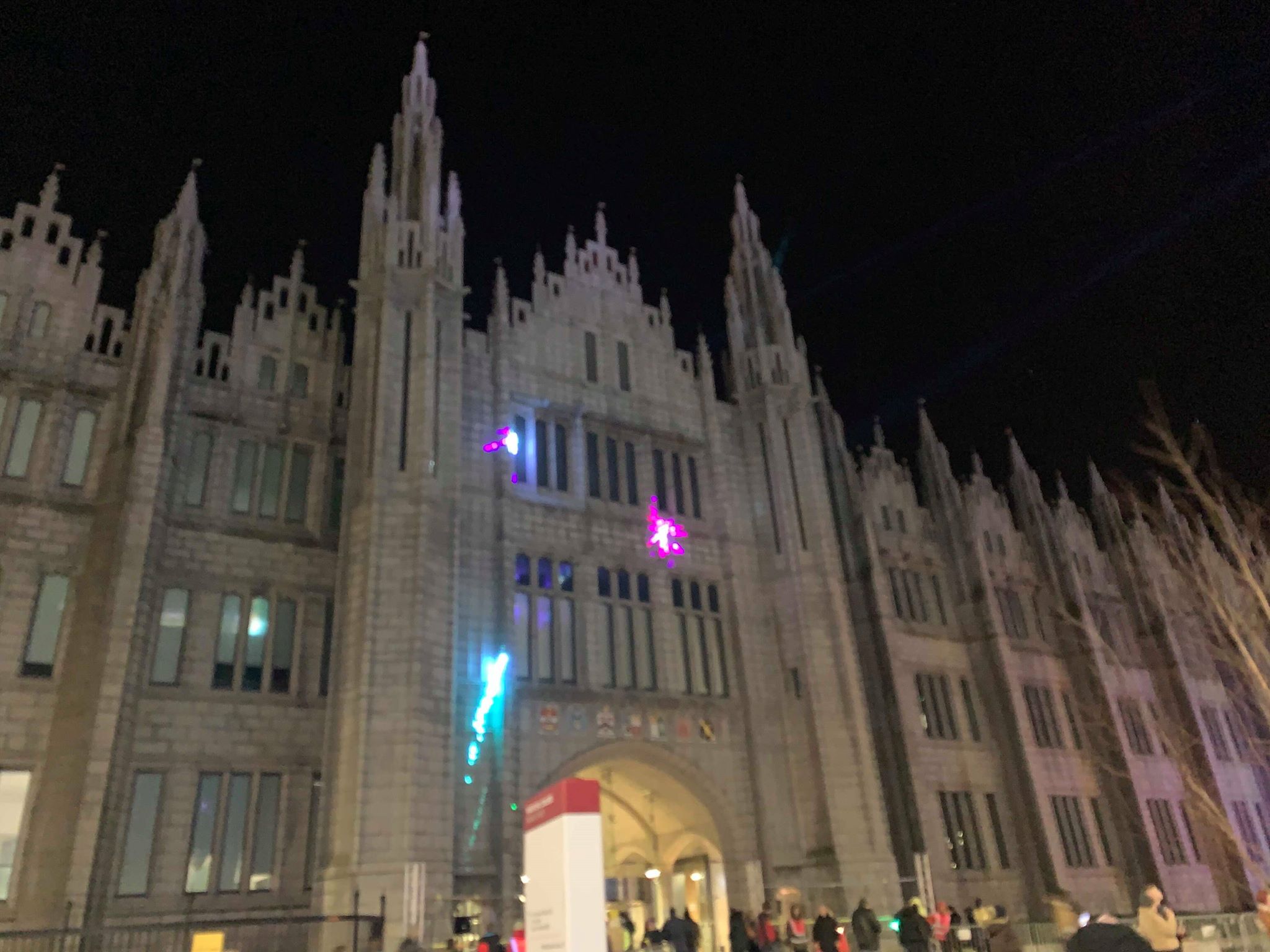 Digital fireworks on the face of Marischal College. (Owen Ferguson/YJI)