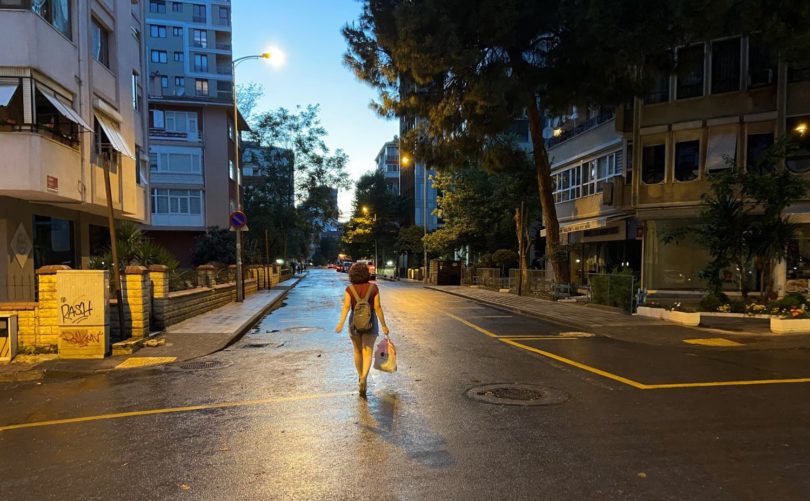 Sexual assault is an ever-increasing global concern, predominantly impacting women and girls around the world.

Described as a second, silent pandemic in the time of covid-19 in a 2020 report by Harvard’s Medical School Primary Care Review, sexual assault plagues millions of lives worldwide amidst political and social changes.

“Violence against women is endemic in every country and culture, causing harm to millions of women and their families, and has been exacerbated by the COVID-19 pandemic,” World Health Organization Director-General Dr. Tedros Adhanom Ghebreyesus said in March.

The lifetime risk of rape or attempted rape is 20% for women – one in five – but men and children are also sexually violated, according to two UK researchers.

“Sexual violence is a global problem,” wrote Welch and Mason in the medical journal The BMJ in 2007. They said victims often seek medical help but do not disclose the assault.

In No one is safe, Youth Journalism International looks in-depth at the problem around the world and the trauma borne by survivors.

“It is truly appalling everywhere,” said therapist Russell Stagg of Ontario, Canada, who specializes in treating trauma from sexual assault and abuse.

In using the term “sexual assault,” this project adopts the World Health Organization’s 2012 definition of sexual violence: “any sexual act, attempt to obtain a sexual act, unwanted sexual comments or advances, or acts to traffic, or otherwise directed, against a person’s sexuality using coercion, by any person regardless of their relationship to the victim, in any setting, including but not limited to home and work.”

Only ‘the tip of the iceberg’

Despite regional and demographic variations, experts said sexual assault is more prevalent than it appears because cases often go unreported.

“I’m sure we have only discovered the tip of the iceberg,” said Margarita Restrepo, a spokeswoman for Bolivar En Falta, an organization that addresses gender-based violence in Colombian universities. More victims might speak up, she said, if they thought it would make a difference.

In a statement released in March, the World Health Organization said that while intimate partner violence affects about 641 million women and is the most prevalent form of violence that women face globally, 6 percent of women report being sexually assaulted by someone other than their intimate partner.

But “given the high levels of stigma and under-reporting of sexual abuse, the true figure is likely to be significantly higher,” the WHO said.

Sexual assault survivor Zeynep İskenderoğlu of Istanbul, Turkey said she’s been assaulted multiple times over her life, as a girl in school and on public transportation. She never reported the incidents to police, figuring it wouldn’t be worth the trouble.

In Nigeria, people don’t recognize some forms of sexual assault, according to social worker Amarachi Ejim in that central African nation. Instead, she said, they blame the victim’s clothing or behavior for the assailant’s actions.

Children are at risk, especially those who have a disability

Kuo, Mathews and Abrahams’ research also addressed the high risk of sexual violence to people living in countries with conflict, with attacks perpetrated against both combatants and civilians.

(Story continues below the sidebar.)

Military uses rape as a weapon in Myanmar

In Myanmar, protesters detained by the junta have suffered many types of violence, including sexual assault, their family members and friends told Youth Journalism International.

But in fear that their loved ones in detention might face more punishment, these people would not say more about it.

The Myanmar military forces are notorious in the country’s history for using sexual harassment, assault and rape, a practice that continues today.

These crimes sometimes included mutilating the reproductive organs of ethnic women in places where there was little news coverage and reporters were out of reach.

Many Burmese people including me didn’t acknowledge this in the past and I am ashamed of myself because of it.

Since the coup in February, soldiers are committing those crimes flagrantly, both in rural ethnic regions and even in the prisons and detention centers of the cities.

There are often rape cases in the news now. There are reports of soldiers committing sexual assaults in the villages and stories of women, gay and trans people being sexually assaulted in prison and detention centers.

The coup has only made things worse in Myanmar, enabling soldiers to take advantage of and intensify the already existing rape culture here.

This sidebar was reported by Thet, a YJI student in Myanmar whose name is being withheld to protect their safety.

Many studies put sexual assault under the catch-all category of “gender-based violence,” which also includes domestic violence, femicide, intimate partner violence, human trafficking and dangerous traditional practices such as honor killing, dowry-related violence and female genital mutilation. No one is safe aims to focus solely on sexual assault – often committed by someone known to the victim – but is using some statistics that include other forms of violence against women and girls. Those instances will be clearly noted.

Writing in a 2002 edition of the medical journal The Lancet, authors Sarah Venis and Richard Horton cite a World Bank report that gender-based violence “accounts for as much death and ill-health in women aged 15–44 years as cancer, and is a far greater cause of ill-health than malaria and traffic accidents combined.”

The impact of sexual violence is not limited to the victim. Families, communities and nations pay a steep price, according Kuo, Mathews and Abrahams’ book.

“Sexual violence is widespread globally, eroding progress toward human rights and public health, and is detrimental to the health of survivors of violence as well as the well-being of their families and communities,” the authors wrote. Sexual assault causes rising healthcare costs and missed opportunities.

In speaking with Youth Journalism International about healing after sexual assault, survivor Tiffani Dilworth said healthy responses can include art and poetry, journaling, talking about it and education. Learning more about sexual assault can be empowering, Dilworth said.

Since trauma following sexual assault can be long-lasting, it’s important to end to this type of violence and the reluctance of survivors to report.

“We can only fight it with deep-rooted and sustained efforts – by governments, communities and individuals – to change harmful attitudes, improve access to opportunities and services for women and girls, and foster healthy and mutually respectful relationships,” WHO chief Tedros said in March.

Until then, sexual assault remains a threat for anyone, anywhere, any time.

This story is by YJI Senior Correspondent Frida Zeinali in Tabriz, Iran and Senior Reporter Sreehitha Gandluri of Clarksburg, Maryland, U.S. The sidebar is by Thet, a YJI student in Myanmar whose identity is being protected for safety concerns.

Links to all the stories from the project are here:

Thet is a Reporter with Youth Journalism International from Yangon, Myanmar.