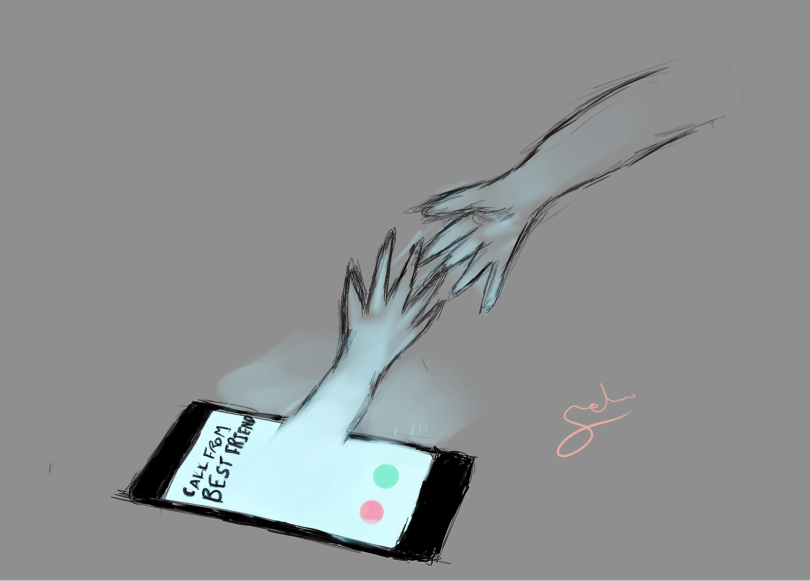 As the disruptions brought on by the coronavirus pandemic swept across the world, young people adapted the ways they stay in touch with their friends and family.

In interviews with Youth Journalism International reporters, more than 50 youth on six continents talked about using social media to maintain relationships in the era of social distancing.

In Bojnurd, Iran, Sanya Zardkanlu, 21, said she is spending more time with her family and staying in touch with relatives and friends using social media. The whole experience makes her appreciate things more than she used to, Zardkanlu said.

Though they may be more important in the pandemic, the different ways of staying in touch on social media haven’t changed very much.

Most teens and young adults interviewed said they are using the same social media as before, whether it be Facebook, Instagram, Snapchat or a similar platform.

But some said they have increased their use of video calling apps like Facetime or Zoom to compensate for the lack of face-to-face interactions for work or maintaining personal relationships.

“I have been Facetiming or Zoom calling my family way more than I usually would do, which is nice,” said Beattie Pritchard, 22, of Chichester, England. “My dad is 70 and takes medication which lowers his immune system, so he isn’t able to see anyone, so I call him every day which is way more than I would have spoken to him normally.”

Connecting on social media is even easier than it sounds when someone is locked down under one roof 24/7 with a pandemic outside and a working internet connection. Some young people have less school work to do – though others feel buried.

Some young people increased their social media consumption and learned about the world outside their rooms.

Before the pandemic, social media was often criticized for being an addiction, but it developed a newly recognized importance in the era of covid-19.

“If you told me before I’d be using social media this much, I’d say it’s absolutely not positive, but under the circumstances, I’d say, yes, it’s positive we have it in our reach,” said 16-year-old Karolyn Morris of Suffolk, Virginia.

With time on their hands, some young people – especially students – became more productive on social media platforms. Some opened Instagram pages showcasing their art or created podcasts – things they never had time for in their hectic, pre-pandemic lives.

Tia Hume-Jennings, 15, of Liverpool, UK, said she plans to recreate a horror movie on Zoom.

With schools, cafes and every kind of social destination at a halt, social media has turned into a huge hub for entertainment and virtual hangout sessions with longer-than-usual video calls and Netflix parties.

And Mira Schwarz, 16, of Ann Arbor, Michigan, said she does a Netflix party every night with one of her pals and spends time video chatting with classmates on Facetime who need help with their homework.

Binnet Roberts, 22, is a student at the University of The Gambia. She said social media has had a positive effect on her education, her ability to communicate with loved ones and her ability to stay on top of the pandemic.

Social media’s shift from being an escape route from personal interaction to being the only way to be socially engaged at all best explains its role before and after the pandemic.

Zineb El Janati, a 16-year-old from Fez, Morocco, said social media is crucial to her ability to cope during quarantine. And, it keeps her updated, she said.

It continues to be a double-edged sword, as it always has been. But there has been much positive light shed on the significant role social media has played in the pandemic. It may be one of the few things that improved life in the pandemic.

“I think it’s made it a bit easier because I’m still able to keep in contact with my girlfriend and friends, so it’s made it easier on my mental health because I still can talk to them, whereas if we didn’t have social media, I think I’d feel a lot more isolated,” said Crystal Palmer, 20, of Melbourne, Australia.

Social media is fulfilling its main purpose even more now, as it enables people to maintain relationships while social distancing.

Chambie Elliott, a 15-year-old in Klein, Texas, said the hardest thing about the pandemic is being away from her family.

She and her 96-year-old great-grandmother use email to stay in touch, Elliott said, adding that it’s especially exciting because her great-grandmother learned to use the computer the last time they saw each other.
One side effect of the lack in face-to-face interaction, though, is that social media seems to be distinguishing stronger friendships from weaker ones.

Fourteen-year-old Taylor Helwig of London, Ontario, Canada said she primarily uses the internet to maintain her stronger relationships. The less familiar ones are suffering and dying down a little because of the pandemic, Helwig said.

In Ann Arbor, Michigan, Sylva Das, 16, said she’s stopped contact with acquaintances who aren’t as close, though she stays in touch with friends via Zoom, Facetime and text.

Aside from being a means of contact, social media has proven helpful in other ways. It helps alleviate boredom and serves as a distraction when isolation becomes stressful.

Blessy Josephin, a 15-year-old in Chantilly, Virginia, said talking to her friends makes everything better. It also helps her avoid boredom, which leads to watching Netflix and eating all day, she said.

Social networks help people stay informed about the pandemic, in addition to reminding users that in the midst of social distancing, they are not alone.

“Watching others dealing with quarantine exactly as I do so, has surely helped me face the situation knowing that I’m not the only one experiencing social distancing,” said Maria Vitiadou, 20, of Athens, Greece.

Despite these positive effects, many young people have also had some negative experiences with social media.

For some, it diverted attention away from school work.

In Istanbul, 17-year-old Vedat Burak Şanel found that he has been spending too much time on social media instead of studying.

Emily Reynolds, a 17-year-old from Kent, England, said she suspects she is not the only one struggling to get off of social media and away from her phone.

“Social media is negatively impacting my attention span and understanding of time passing during quarantine, but I believe it to be worth it for the ability to stay informed and connected to the world around me,” said Sarai Deese, 16, of Charlotte, North Carolina.

With time on her hands in Istanbul, 18-year-old Sevgi Eda Keskin said she has a new hobby of harassing her friends by calling them one by one. They might not have time to talk, but that’s not her problem, she said.

But Maggie Wang, a 15-year-old high school student in Northport, New York, said that for the most part, she’s been off social media during quarantine. It has probably had a positive impact on her mental health, Wang said.

Some young people feel left out of activities when they see people posting on social media about getting together with friends, even when they know they should be social distancing.

“Even though we’re still in quarantine, sometimes you still feel like you’re missing out on things,” said Reem Fayed, 16, of Mechanicsville, Virginia. When people do post about gatherings, it’s weird, she said.

“I keep reminding myself, like, ‘You can’t be out with friends at a time like this,’ but, I mean, it is really nice because you know, every once in a while someone will post something funny.”

The increase in fake news across social media is also affecting young people across the world and irritating them.

Jonas Roi B. Amparo, 18, of Tagbilaran City in the Philippines is annoyed with some of what he sees online.

At least one teen interviewed said nothing about social media has changed since the pandemic.

“It’s not having a positive or negative effect,” said Nicolle DeGroft, 17, of Suffolk, Virginia. “I can drop social media and be fine. I enjoy scrolling because it’s a time-filler. I’m really bored, so it’s nice to just scroll sometimes. But again, I can drop it and be fine. It doesn’t affect me.”

Come to our first Global Gala at 12 p.m. Eastern on Saturday, May 21 on Zoom! It's a series of short, powerful performances contributed by YJI students from Australia, Bangladesh, Botswana, Ghana, England, Iran, Mexico, Poland, Nigeria, Scotland, Sweden, Turkey, the US and Wales. Performed entirely by students, this event is free, but we hope you will be moved to contribute towards the Global Conference in Istanbul next month. See comments for how to access this event. ... See MoreSee Less