CAPE TOWN, South Africa — I was 14 when it was announced that South Africa had won the bid to host the 2010 Soccer World Cup. I had no idea that my country had entered or even that there was such a bid, but my father called me to the radio while it was being broadcast.
At this point I must explain that my father is a rugby and cricket man. I have never seen him watch a soccer game on the television and my culture is not known to be riddled with soccer fans.
When the announcement of the winning bid was made, the radio seemed to come alive. My father’s voice boomed, “YES!” and I – still oblivious to the cause for the commotion – thought he would start crying. 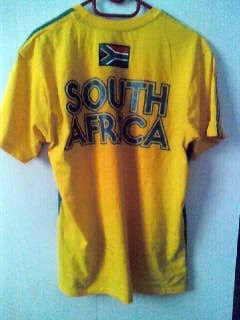 School was different the next week. South Africa was different. She was like an adolescent suddenly awarded a leading role in the school production. Moments of fiery patriotism became moments of intense self-doubt. While South Africa has no lack of spirit when it comes to sport and nationality, it was clear the country was lacking in infrastructure.
Criticism stemmed internationally, but also from inside. Potential tourists feared lack of accessibility and especially crime. South African citizens feared the effect on the country’s economy.
There was the great vuvuzela debate, where it was finally decided that the vuvuzela, a noisemaker, was such a part of South African soccer culture that it would be allowed at World Cup matches.
In the debating team, we deliberated extensively about job creation versus the post-Cup effect. Political insecurities threatened the image of South Africa as a stable host nation. Labor strikes delayed infrastructure development. Tourists fear terrorism – an ever-present fear at international sporting events.
However, at a point in 2009, it became clear that the 2010 World Cup would be held in South Africa after all and that it would not be necessary to call another nation in for crisis control. FIFA’s president, Sepp Blatter, announced his full support and confidence in South Africa as host nation at a press conference earlier this year. 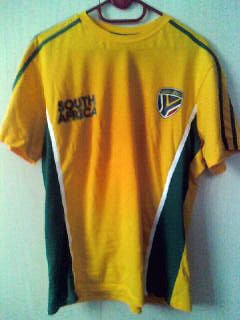 The excitement of South Africans came slightly delayed, but has been in full swing since early May. Shops are filled with 2010 World Cup merchandise. Street vendors run around selling flags, hats and anything that can possible carry a logo.
My friends and I have a new game when we go out for a drive: counting which car has the most South African flags. This weekend we spotted a car with three flags waving on the exterior, two flags inside and South African-flag side mirror protectors. We have labeled it, “slightly kitsch but worth the pride.”
Growing up here, I often got the feeling that South Africa was hiding in the corner, ashamed as if she were a naughty child, a disappointment to the family. Apartheid, racial violence and inefficient stances on crime and AIDS drove the country to a state of humiliation, afraid to express her pride.
Now the pride in South Africa has become tangible. The child stood up, dusted herself off and decided to express the good instead of wallowing in her failures. White South Africans don’t care anymore that soccer in South Africa is played more by black South Africans. Nobody cares anymore that the national team, Bafana Bafana, only made it to group rounds for being the host nation. They support them anyway. The Bafana Bafana T-shirts that were selling so poorly a few months ago are now flying off the racks. Everybody wants in.
The official 2010 World Cup anthem, “Wavin’ Flag” by K’naan, is fitting. The song acknowledges Africa’s problems, but emphasizes, “When I get older, I will be stronger, they’ll call me freedom, just like a waving flag.”
The stadia have been built and renovated. The South African Police Service is out in full force. Shopping malls have been extended and hotels have sprung up like mushrooms.
When last I checked, the rapid bus system in Cape Town was not ready. I am sure if we look around we shall find that many things are not as ready as would have been desired.
At the Nigeria vs. North Korea warm-up match on June 6, a stampede resulted in 15 injuries, which has been taken as a warning and a lesson for the organizers.
In a few days, South Africa and in fact the world will find out exactly how prepared the host nation is. In a few months, we shall see if the development is sustainable.
I am not a soccer fan and I refuse to be blindly optimistic, but the changes I have seen in my countrymen make my heart beat a little faster. The 1995 Rugby World Cup united South Africans at a critical time in their history and Bafana Bafana does not have to win for this World Cup to have the same effect. I have seen the effects myself.
Soon we shall judge the final product, but already the journey has caused South Africa immense growth. Now, she welcomes the world.

Mariechen Puchert is a Senior Reporter for Youth Journalism International. YJI’s Nicole Megan Gounder took the photographs of the jerseys.