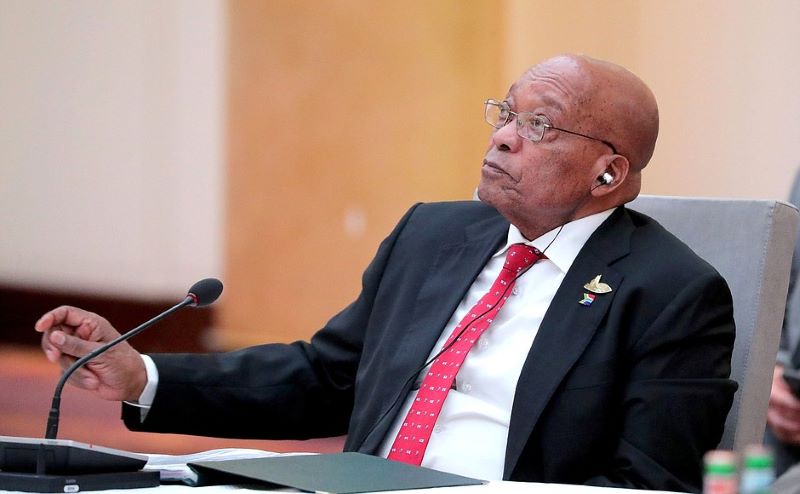 Western Cape, SOUTH AFRICA – For the past few months, there has been little that could occupy the attention of South Africans for long. Not even the arrival of the Indian Premier League in South Africa was greeted by a suitable hubbub.
Students, parents, professionals and even the beggars on street corners have but one topic for discussion: the upcoming national elections on Wednesday, April 22.
For the first time since the first democratic elections in 1994, South Africans are uncertain about their choice of political party.
The country has about 68 active political parties to choose from, but the majority of voters seem to be tied up between the currently-ruling party, the African National Congress or ANC; the formal opposition, the Democratic Alliance or DA; and the breakaway party, the Congress of the People or COPE.
The feeling among many South Africans, especially the youth aged 18 to 25, is a united cry for “Anything but Zuma.”
Jacob Zuma, the leader of the ANC and the anticipated new president of South Africa, has been accused and acquitted of rape, after which the victim had to leave the country due to threats upon her life, and has stated that he took a shower to prevent HIV-infection after sleeping with an HIV-positive woman.
Zuma has been accused of various cases of fraud and money-laundering, but they were dropped upon finding that the National Prosecuting Authority did not follow the correct route for his prosecution.
He is also notoriously known for singing “Mshini Wam” at political gatherings – “Mshini Wam” is Zulu for “Bring me my machine gun.”
“I actually get chills when I think of Zuma running our country,” said Melissa Pietersen, a fifth-year medicine student from Cape Town. “His education, his views and his behavior just don’t add up to what this country needs in a leader. I’m still not sure who I will vote for, but I sure know who I won’t be voting for.”
Maneo Makwa, a first-year medicine student from Khayelithsa, echoes this view.
She said she believes the reason that so many young people are adamant to vote this year is because they want to see the ANC lose power.
The question is: lose to whom?
South Africa’s formal opposition, the DA, has been doing a good job of running the metropolitan City of Cape Town – the only metropolis in South Africa not run by the ANC. The party’s leader, Helen Zille, recently received the prestigious “Mayor of the World Award.”
Chestley Saaiman, a second year medicine student, said he believes that the DA will definitely take the Province of the Western Cape, but he is unsure about its status as the formal opposition, due to the arrival of COPE.
COPE was formed by outraged members of parliament after then-president Thabo Mbeki was ousted from his office.
Cheryl Lynn Faro, a first year medicine student, said that COPE is the way to go.
Faro said many of her parents’ generation will always vote for the ANC because of their history with the anti-apartheid struggle, but she feels that the ANC is unable to bring the country to the kind of standard the global community requires.
Though some have termed COPE “ANC-lite” – in other words, the ANC minus Jacob Zuma – Faro said, “It doesn’t really matter what they call COPE. What matters is that they can do the job better than the ANC.”
But according to Saaiman, COPE may well turn out to be just a new platform for the ANC.
“Chances are that they will have the same values as the ANC, the same strategies, and that they will run the country in the same way,” Saaiman said.
It may be too soon for the ANC to lose power, since COPE is an infant-party and the DA is feared by many to be “too white.”
However, as Makwa said, at least the ANC will lose a few seats in parliament, which will keep the two-thirds majority that the ANC needs to alter the constitution, safely out of reach. In 2004, the ANC had just one seat too few for a two-thirds majority.
Farai Zingoni is a first year medical student hailing from Zimbabwe who has South African citizenship and can vote, although he is uncertain which party he favors.
He said he feels the ANC has not been up to standard and that any other party could do a better job.
The outcome of these elections will not only affect the morale of South Africans, it will also have a massive effect on the South African economy, trade relations and foreign policies. A point of particular interest will be relations with Zimbabwe, as the ANC has often been criticized for its “quiet diplomacy” and refusal to take stringent action against Robert Mugabe’s regime.
The citizens of South Africa are readying themselves to make their voices heard.
A concern of considerable proportion is that in the face of so many parties claiming to be better than each other, many citizens might opt for the devil they know – one that has at the very least increased access to water, electricity and housing.
One must wonder, however, if the words of Chris Botha, a second year medical student, will ring true: “Whether or not a new party wins and whether or not it does a better job… everyone will still complain.”

Mariechen Puchert is a Senior Reporter for Youth Journalism International.