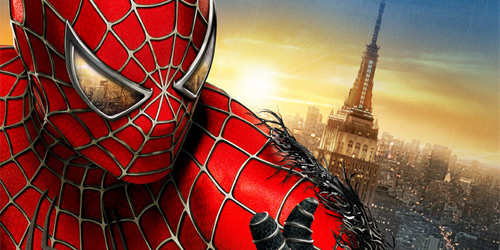 SINGAPORE — Contrary to what most critics say, Spider-Man 3 packed a huge punch for me.
In the third (and hopefully not the last) installment of the Spider-Man movies, Spider-Man faces what we call a “mid-life crisis.” And unlike its two predecessors, Spider-Man 3 is probably the darkest and most disturbing one.
Peter Parker, all grown up now and with his suit tighter than ever, starts getting a little too big for his shoes (or suit rather). Unlike before when he was struggling to come to terms with his new superpowers and making heart-breaking attempts to keep Mary Jane near and far away from him simultaneously, the usual hero-of-the-day is now committing the seven deadly sins – pride, greed, lust, gluttony, wrath, envy and sloth.
Director Sam Raimi is known for bringing out his characters’ mental and emotional struggles, and in this movie, all those tribulations burst out in an exhilarating and extraordinary display.
For one, Peter Parker battles not just the Sandman and Venom, the two new villains that seem more like pain-in-the-necks than real forces to contend with, but this movie is all about the ultimate battle with himself and his weaknesses.
“I may be disturbed, but won’t you concede, even heroes have the right to dream, and it’s not easy to be me…” as a song by Five for Fighting goes. Despite his web-swinging and agile reflexes, Spider-Man fans should probably realize that Peter Parker is still a human being nonetheless.
With these new villains to handle, coupled with major relationship woes (that with Mary Jane and Harry Osborn), Peter submits himself to a black alien substance from outer space that empowers him, but yet at the same time, destroys what good is left in him.
The new Bad Boy starts taking revenge on all those who had wronged him, and does things that we never thought he was capable of doing. All the pent-up anger and rage is evident as he even tears up the lives of his loved ones.
Just when we thought that all hope was lost, the real Peter Parker conquers and regains control of himself, and the show climaxes in a final show-down that is not just about the action, but also tugs at one’s heart with intense emotion. In fact, Spider-Man 3 is closer to being a drama than an action-packed film.
The extremely complicated plot could have spelled disaster for many other films, but Raimi manages to tackle it all and tie up the movie with a bow.
And unlike the previous two feel-good movies, Spider-Man 3 leaves you aching in your heart and feeling overwhelmed (and for me, tear-stained cheeks).
The only problem I had with the movie was the humor that Raimi and his crew tried to force into the film, as it was incongruent with the rather tragic theme. It seemed to be there only because humor was a characteristic of the first two Spider-Man films and so they thought the third one should also have it. At times, it stuck out like a sore thumb. I didn’t know whether to laugh or cry.
Nevertheless, Spider-Man 3 is the perfect ending to another fantastic trilogy. No one does it quite like Raimi does.
Start swinging your way to the theater now.

Geraldine Soon is a Reporter from Singapore for Youth Journalism International.