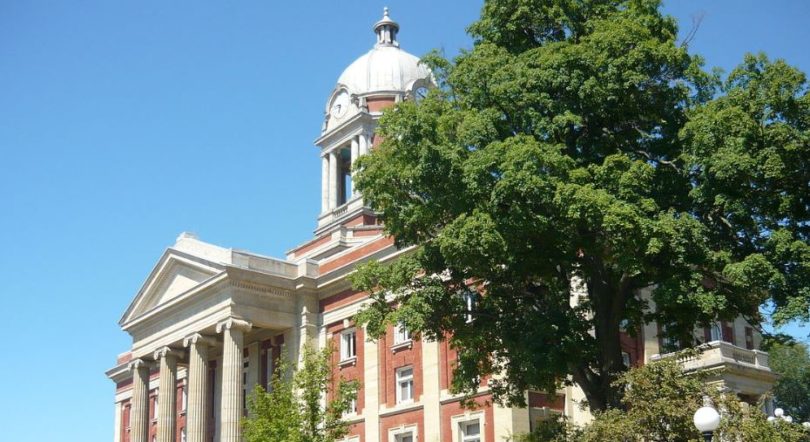 Don’t ask Christopher Portman to pick up a six-pack on the way home from work because the mayor of Mercer, Penn. is strictly a soda pop man.
After all, he’s only 19.
The mayor can, however, perform marriages, oversee the police department and break tie votes on the town council.
“I decided to run for mayor as I wanted to give back to my community and bring new innovative ideas to the borough council,” said Portman, who was sworn in as mayor of Mercer County , Penn. on Jan 3.
Make no mistake, though, Portman is just another American teenager, who fishes with his girlfriend’s dad, is a huge fan of Major League Baseball and lives with his parents and twin brothers.
But he’s appeared on national television and stories about him have appeared in at least six different languages in more than a dozen countries, making him one of the best known small-town mayors in the world.
He’s certainly known at Westminster College, where he’s majoring in broadcast communications and minoring in political science.
“Many students know who I am because of the media coverage but for the most part when I’m at college, I’m a college student.” Portman said.
“Some of my college friends are now used to the television cameras,” he said. “They usually say, ‘Well here are those cameras again. I bet they’re here for Chris.’”
Portman defeated 55-year-old Councilman Kenneth Vernon and John Kish, 19, in the Republican primary to win the $1,875-a-year, part-time mayoral post. He also won the Democratic nomination with a write-in vote.
“In the past, I saw that we recycled the same individuals and I felt it was time that a younger individual come in with a fresh new perceptive and create a new vision for our town.” Portman said.
Located in northwestern Pennsylvania, on the Ohio border, Mercer County is a small borough with 2,391 residents.
Portman ran a successful grassroots campaign, sending out letters into the community soliciting campaign donations.
“I got a wonderful response.” Portman said.
He raised about $2,000 which went into purchasing yard signs, flyers, buttons and pens.
“I went door to door meeting as many residents as possible, talking and sharing with them my goals and plans for the borough. I also stood outside polling places on Election Day handing out my flyers,” he said.
Portman said teens should play an active role in politics.
“We are the future of our nations,” he said. “So my feeling is why not start now and understand the government giving us a broader base for the future.”
He said his own aspirations go beyond serving as Mercer’s mayor.
“I would like to be a political analyst after college and then run for state representative, U.S. House, U.S. Senate, governor of Pennsylvania and one day run for president of the United States,” Portman said.
But, he added, “That is a dream, not a goal.”