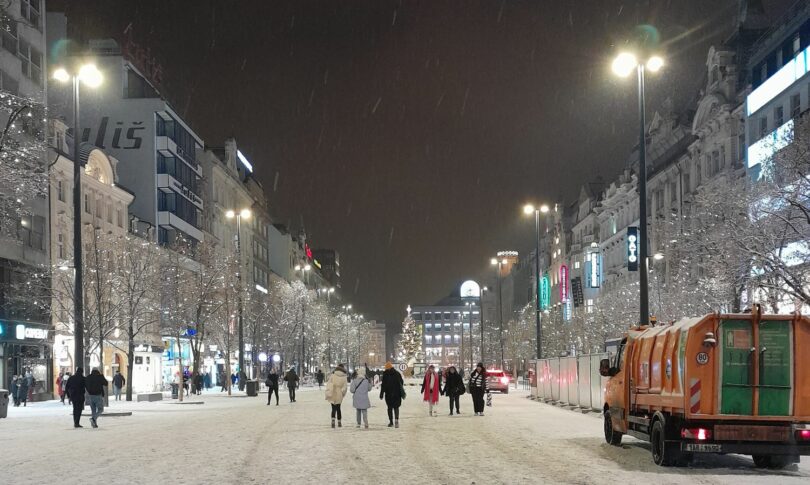 Avenue Na Příkopě is one of Prague's most famous streets. (Renata Pernegrová/YJI)

Editor’s note: This is the first of a two-part series about Christmas traditions in the Czech Republic.

PRAGUE – Every country has its own Christmas traditions which is, when you think about it, extraordinary.

In the Czech Republic, Christmastime starts on the first Sunday in December.

The time from that moment on until Christmas Day is called Advent. People decorate their homes and bake sweets and cookies. There are Christmas trees in almost every village, town and city.

As the tradition goes, people light one of the four candles on the Advent wreath, so on the fourth Sunday, the last before Christmas, all four of the candles are lit.

I highly recommend that you visit Prague, the Czech capital, at least once during Advent. There are great Christmas markets, probably the biggest in the country, and everything is bright and glamorous.

When I visited December 14, the weather was very winter-tuned – snow and the temperature -5 °C (23 degrees Fahrenheit) which is unusually cold for the Czech climate.

Advent is probably the most festive time in Czechia throughout the year. The majority of Czechs are not Christians, so everything is more about family, the Christmas atmosphere and food.

There are a variety of cookies, sweets and candy, and everybody bakes these according to their own family tradition.

I’ll share much more about Czech festive food and traditions in the second part of this series, so look for that next!

Renata Pernegrová is a Reporter with Youth Journalism International.

See the last of this two-part series on Christmas in the Czech Republic: