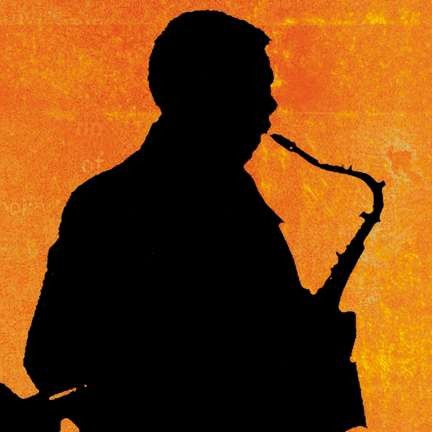 ASBURY PARK, N.J. — Driving up Asbury Avenue, through Springsteen’s “city of ruins,” you can see up ahead the old Palace Amusements, its faded clown faces seemingly crying after having gone dark nearly 15 years ago.

Turning onto Ocean Avenue, you see the deserted boardwalk and the empty Casino.

But one thing was bright last night, the Paramount Theatre, part of Asbury Park’s Convention Hall.

Inside the three-quarter packed venue were a congregation of fans from near and far, all there to see their favorite saxophone player, E Street Band legend Clarence Clemons.

The theater, built in the early 1900’s, was absolutely beautiful. While waiting for the show to begin, just taking in the entire place was enough.

The lights went down, and out came the opening act: Clarence’s son, Nick Clemons.
The “little Big Man” played six songs, an entertaining mix of R&B/Jazz/Punk/Rock ‘n’ Roll. After his set, the stage was cleared and the lights came back on.

Nearly a half an hour later, the lights went back down and the Temple of Souls came out. They began playing, and then the Big Man walked out.
The show began.

The band ran through many of the songs off its latest album, “Clarence Clemons – Live in Asbury Park,” recorded in the summer of 2001 at the Stone Pony.
Songs such as “Washington Bond”, “CC Angel”, and “Heat of a Full Moon” were absolutely tremendous.

However, Clemons’ “One Step Two Step” nearly brought the house down, as did “Jump Start My Heart,” two energetic rockers.

Clemons has been on tour with Bruce Springsteen the rest of the E Street Band since early August, and at 60, hasn’t been moving around the stage too well.
Also, coming off of his detached retina surgery, one would think Clarence wouldn’t have been as good as usual tonight.

But the Big Man was as sharp as ever. He was moving very well on stage and had the energy of his longtime front-man (Springsteen).

At one point in the show, Clemons wanted to wish one of his friends in the audience a happy Chanukah, and then the violin player, Randi Fishenfeld, went to work. She played a tremendous eight minute violin solo (at points backed up by the band) to salute Clemons’ friend and celebrate the Jewish holiday. This was one of the highlights of the show.

Afterwards, Clemons began talking about the possible lurking war, in the same manner as Springsteen does before launching “Born in the USA” on the current tour.
He then said, “What I’m talking about here is…” This was pulled straight out of Bruce’s book, and the band went into a roaring version of Edwin Starr’s “War.”
After this, the band kicked into Creedence Clearwater Revival’s “Fortunate Son,” with lead vocals from Billy Livesay, who seemingly was doing his best John Fogerty on that song.

Clarence then did two songs written by Springsteen, “Savin’ Up” and “Paradise by the C,” which was introduced as an Asbury Park rocker.
Clemons then launched into a rarely played tune, “You’re a Friend of Mine,” one of his few solo hits that was recorded with Jackson Browne.

Then the band said their thank yous and goodnights, and many people in the audience began to leave. However, the house lights didn’t come up yet, so you knew there was going to be an encore.

Sure enough, about two minutes later, to the roar of an enthusiastic and anticipating crowd, Clemons and the band came back out.
This was one example of how much energy was at this show last night.

Every song the band played was absolutely nailed, and it seemed as if Clemons’ sax would blow the place down. This was truly a tremendous and energetic show.

When Clemons came out, many people in the crowd felt that there could be a Springsteen sighting, which is quite customary when the Big Man plays in Asbury Park.
Clemons even fooled the crowd, saying, “Is he out there? Is he out there? Are you out there?”

Even though Springsteen wasn’t out there, Clemons and the band kicked into The Boss’s classic “Pink Cadillac,” and put their own twist on it.
Clemons introduced the band in the middle of this song, and also included a “Party” coda that went until the end of the show.

This was the last song, as Clemons left with a huge smile on his face.
The crowd gave him and the band a standing ovation for nearly two minutes because they knew they had just witnessed an excellent show.

The house lights went up, and the 100-minute concert had come to a close.
But there wasn’t a dissatisfied face in the crowd. Everyone had a tremendous time.

Driving down Kingsley at the end of the concert, Asbury Park seemed to come alive. The boarded-up windows and empty streets were filled with happy people who had just witnessed a legend.
As I turned right to get back onto Asbury Avenue and leave the historic town, I looked at those clowns on the Palace Amusements. They seemed to be smiling a little more last night.