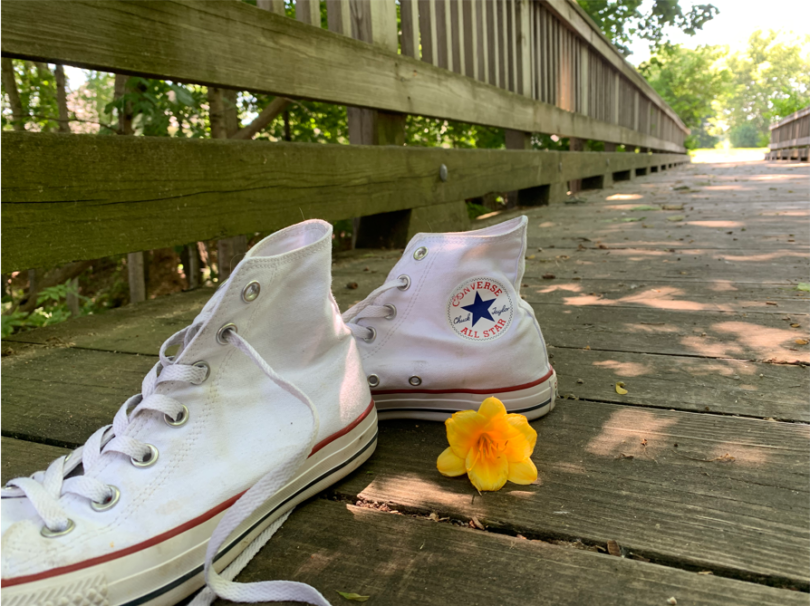 One day, a nine-year-old is having the best day of her life. Nothing but pure fun, creativity, and innocence. The next day, that young girl felt like an adult with fear of the real world. A sexual assault stole her childhood innocence.

Years later, a piece of her childhood remains – her love for Converse shoes.

Now, that little kid is a teenager, looking at the world differently, having suffered multiple sexual assaults. This is her story.

“It was pretty horrifying and something I never want to go through again.”

The American teen agreed to tell Youth Journalism International her story if she was not identified by name.

“The first sexual experience I had was when I was nine. We just got back from a pool party. A guy, who I knew and was friends with, took me out to a cornfield. We both had swimsuits on, and he said since we were so close we should take our swimsuits off,” she said.

“I didn’t know what it meant at the time, but now I’m older I realize what it was actually for.”

During that stage of her life, she routinely wore a pair of white Converse shoes. There’s no better indicator of the young girl’s innocence and purity than those white shoes.

Throughout an interview for this story, I watched as the girl’s white Converse shoes moved – seven years later, same shoes, different size. She paced back and forth and had to take a couple of seconds to breathe and contemplate her response to each question.

She recounted a second assault.

“Later on when I became a teen, one night I went over to my friend’s house. They had another friend over who started to become weird towards me. I then went home. The next day, they convinced me to come over to their house. Both of them were there again.”

As she spoke to me, the girl sat down in a chair with her Converse shoes propped up on the footstool. She was preparing to tell what happened next. I could tell how hard it was for her to talk about the past.

“I have a condition that makes me tired. So, I decided to sit on my friend’s bed to try to level out my tiredness. My friend’s friend then got on top of me. They were restraining me and I could not get up,” the girl recalled.

She then went silent. Not even her Converse shoes moved.

“They then looked me dead in the eye and said, ‘What do you want to do?’”

Her words fell to a quiet whisper.

“I freaked out and grabbed them by the neck and started to choke them. I didn’t want to do any of that stuff. They then started to choke me back. I was eventually able to take them out even though I was exhausted due to my condition.”

The girl later told me exactly what she was wearing the day this incident happened – a sweatshirt, jeans, and a pair of Converse shoes. The simplicity within the situation is yet so complex.

“Before any of this started happening, I was an innocent kid. I was childish. After the first incident when I was nine, I started to feel important because people wanted me for my body,” said the girl.

“I’ve been bullied. I’ve been in abusive friendships. I’ve had terrible things happen to me. But, I’ve mostly recovered from them. To this day, however, I’ve never fully recovered from any of these sexual experiences.”

“I’ve only shared any of these sexual encounters with my closest friends. I was and still am too scared to tell my counselor and my parents.”

The girl stood up and started to pace again. The white Converse now moved faster. She was nervous, and her hands were shaking.

“This stuff showed me that you can’t trust anyone in this world. Even though they may seem like a trusting person, you never know when they might stab you in the back.”

She said she realized it wasn’t her personality, but her body that the assailants wanted.

Norah Springborn is a Senior Reporter with Youth Journalism International.