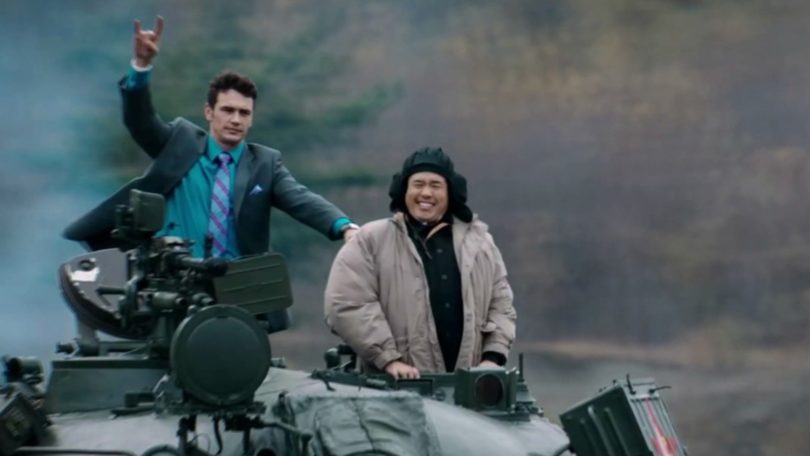 BRISTOL, Connecticut, U.S.A. – Hollywood is no stranger to political satire. Poking fun at foreign leadership has been a tradition of comedy films ever since Rufus T. Firefly took over the nation of Freedonia in the Marx Brothers’ 1933 comedy Duck Soup.

One of the greatest comedies ever made, Stanley Kubrick’s Dr. Strangelove, or How I Learned to Stop Worrying and Love the Bomb, came out in 1964 during the height of nuclear tension between the United States and the USSR.

This tradition will never die out. So why is Sony bowing to the North Korean government about a comedy film that has so far gotten mixed reviews on Metacritic and Rotten Tomatoes?

Because Sony doesn’t understand the importance of a film like this, but North Korea does.

James Franco and Seth Rogen are the stars of the comedy film in question, a film called The Interview, which has been widely publicized all across the internet. The Interview follows Rogen and Franco, a duo of interviewers who are contacted by the CIA to covertly assassinate North Korean leader Kim Jong Un after they interview him, and run the government themselves.

Since this is a comedy movie, hijinks are bound to ensue. The film was set to release on Christmas Day before a group of hackers released compromising documents involving the film’s distributor, Sony Pictures. The studio was then threatened with “9/11-style” attacks on theaters that dared to show the film, leading to major film retailers such as Regal, AMC and Cineplex deciding not to show it.
There are now conflicting statements about whether or not the threats are from North Korean representatives, or even legitimate threats against the United States, but Sony wasn’t willing to take risks. The company decided to pull the plug on the movie altogether, shelving it indefinitely.
Following the cancellation, Sony released a statement, which was posted on the website of Variety magazine: “In light of the decision by the majority of our exhibitors not to show the film The Interview, we have decided not to move forward with the planned December 25 theatrical release. We respect and understand our partners’ decision and, of course, completely share their paramount interest in the safety of employees and theater-goers. Sony Pictures has been the victim of an unprecedented criminal assault against our employees, our customers, and our business. Those who attacked us stole our intellectual property, private emails, and sensitive and proprietary material, and sought to destroy our spirit and our morale – all apparently to thwart the release of a movie they did not like. We are deeply saddened at this brazen effort to suppress the distribution of a movie, and in the process do damage to our company, our employees, and the American public. We stand by our filmmakers and their right to free expression and are extremely disappointed by this outcome.”
The folks at Sony Pictures are not the only ones who are disappointed. For instance, there is me.
I am mad at Sony Pictures for cracking under so little pressure. Last time I checked, America has a strict policy of not negotiating with terrorists, which Sony has done by agreeing so hastily to not upset the glorious communist leader of North Korea.
I hate to evoke Godwin’s Law, but imagine if Adolf Hitler had threatened to attack the United States if Charlie Chaplin released The Great Dictator. If theaters had backed out of letting Chaplin show his skewering of the Nazi leader, wouldn’t that have essentially been a victory for the Nazi Party? Sony Pictures, by pulling The Interview, has essentially let North Korea win its first battle against the United States.
As I have stated before, Hollywood has a long tradition of mocking foreign governments who oppose our way of life. There is a reason that issues such as Un’s dictatorship are discussed in comedies rather than dramatic works: comedies are more effective at sending the message across.
As I write this, I am currently finishing up a semester at Boston University, where I took a writing and research course on the art of comedy. If there is any knowledge I have retained from the course at all, it is that comedy is a very powerful tool for correction. Mark Twain sums this up perfectly in his story “The Mysterious Stranger:”
“Power, Money, Persuasion, Supplication, Persecution – these can lift at a colossal humbug, – push it a little – crowd it a little – weaken it a little, century by century: but only Laughter can blow it to rags and atoms at a blast. Against the assault of Laughter nothing can stand. “
The North Korean leader may or may not be aware of what Twain said, but if North Korea is responsible for these threats, and is completely serious about them, he is certainly smart enough to realize the power that laughter has against politics and politicians.
If Sony Pictures is so easily convinced to stop the film’s release by these alleged North Korean terrorists, then I am disappointed in their inability to realize how truly important the film is to a modern audience.
The Interview might not be a masterpiece, if the few reviews there are of the movie mocking the North Korean leader are any indication, but audiences deserve the chance to judge the jokes for themselves.
Alan Burkholder is a Senior Reporter for Youth Journalism International.
***
Your tax-deductible contribution can help support this nonprofit at
www.HelpYJI.org