Longyan, Fujian Province, CHINA — For a moment, I held the Olympic torch. 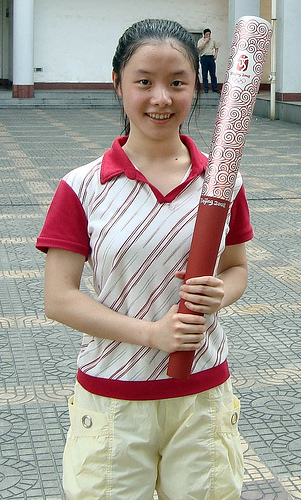 When the Olympic flame arrived in our city last May as part of the Olympic Torch Relay Ceremony, I felt privileged to be there to see it.

But it delighted me even more when I was given the chance to hold the real torch. A friend of mine who was one of the torch bearers allowed me this chance.

That moment left a lasting impression on me.

In no way had I expected that such a global event would ever take place in a small city like my hometown, nor did I dare imagine that it would ever alter my prejudiced perception of the place and make me realize what is important in life.

I have always had reservations about my hometown since it is not as developed as I wanted it to be.

I once swore I would never return to make a contribution once I left it. I assumed that there were few opportunities there that would bring me closer to my dreams, so I worked hard day and night to escape from my city in pursuit of something grander.

As I stood in the enthusiastic crowd and watched the holy flame burning on the top of the torch gliding by in front of me, it suddenly struck me that I had been wrong on how my hometown had developed.
I had been blinded about the progress it had been making and the magnificent things it had achieved. I had not appreciated the problems it had overcome.

Later, I thumbed through the precious pictures I took and tried to regain the special sensation that rippled through me when my fingers brushed over the torch.

The torch taught me something significant.

The lesson was that nothing in the world can provide you with all you desire, and that one should have a balanced view of the problems and strengths of a city.

That’s a lesson I will carry with me wherever I go in future. 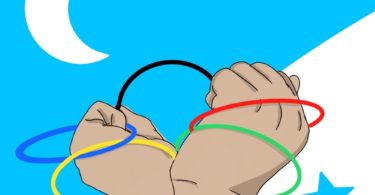