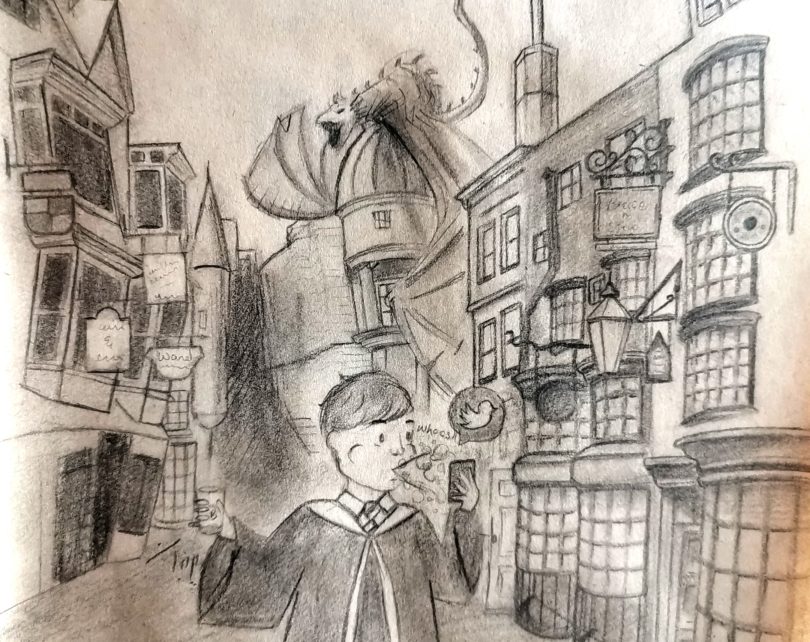 Hradec nad Moravicí, CZECH REPUBLIC – J.K. Rowling was a heroine to me and thousands of other people. A female writer, she overcame depression and created a world full of adventures.

Rowling’s Harry Potter series was an escape from reality with characters who felt as much like dear friends as any other in the real world.

It now breaks my heart to see the way Rowling chooses to use her voice, yet it is nothing compared to the heartbreak some in the transgender community must have been feeling after the hateful tweets she shared during 2020.

Instead of spreading love, she spreads hate towards trans women, claiming that they are not real women. Considering that so many transgender people grew up with Harry Potter, it is horrible of her to steal this part of their childhood and make them feel invalid.

Rowling’s latest actions have brought other problematic aspects of her writing into the light. Some now see many of the characters in Harry Potter as examples of hurtful stereotypes.

Most of the characters introduced are white, except for a few token characters, such as Cho Chang.

Cho is a Chinese girl who belongs to Ravenclaw, a house where the exceptionally smart and academic people live. Considering that fact that Cho never really shows any of these traits, it enforces the stereotype of all Asian people being just smart.

Another stereotype we see occur are the goblins. Goblins are described as greedy with big hooks like noses. This description, along with others, match the stereotype of Jewish people far too much.

The books are filled with problematic aspects that I, as a young reader loving every word, never realized.

But one of the worst is the character of Rita Skeeter, a reporter for the Daily Prophet which is the newspaper in the wizarding world.

Rita is described as having mannish hands, a heavily jawed face, very fake nails and very fake hair. She is also an unregistered animagus, or a person who is able to change form into an animal.

Rita uses this advantage of hers to spy on children to get information for the news.

I believe Rita’s whole character is the embodiment of a terrible and disgusting stereotype about trans women, especially with Rowling’s latest tweets that prove her transphobia.

My heart bleeds for the trangender community. I urge everyone reading this to stop supporting Rowling, either by not buying her newest book, her merchandise or the Harry Potter series.

If you can’t resist, at least buy them second hand so that the profit doesn’t go to her.

Viktorie Goldmannová is a Junior Reporter with Youth Journalism International. She wrote this piece.

Parnian Shahsavary is a Reporter and Senior Illustrator with Youth Journalism International. She made the illustration.