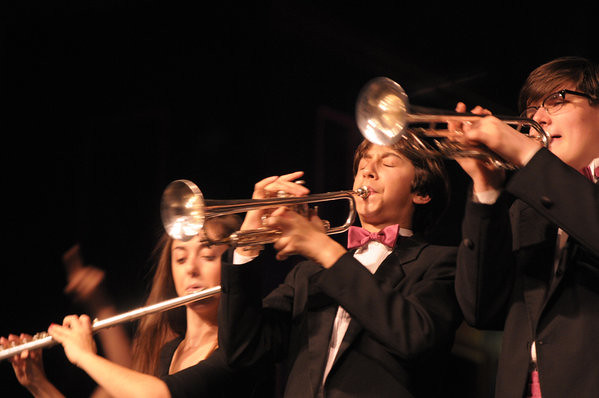 BRISTOL, Connecticut, U.S.A. — As the glorious days of summer come to a close, students in Bristol rush to buy school supplies and compare schedules as the school year gets underway.
Many of them are also busy with one of the most rewarding — and fun — high school activities.
At Bristol Eastern High School, the band offers one of the best learning environments available. Rehearsals are relaxed. Asking for help and staying after school for practice are encouraged.
Wherever the band travels, it appears that all the young musicians are having a great time and lots of fun. Whether they’re marching in a parade, practicing for a concert or sight reading a new piece of music it seems everyone is content and enjoying themselves.
To many students the band is more than just a class.
It’s a place to talk, tell jokes or hang around with friends.
Band starts early. Performances take place as early as September, so band director Brian Kelly and the band’s officers devote part of their summers to work out details for marching and field shows.
At band camp, just before school starts, musicians have a chance to pay their instruments and practice marching. It also serves to make freshmen feel more comfortable before classes begin.
It pays off.
Eastern’s band program won some spectacular awards last year after putting in 84 minute practices every other day, rehearsing after school frequently and working hard.
Some of the highlights last year included: the Eastern Marching Band won first place at the New Haven St. Patrick’s Day Parade and the Forestville Memorial Day Parade and the Eastern Concert Band and Jazz Ensemble performed for cheering crowds in Toronto and Buffalo. The concert band also secured a ‘superior’ rating at a national band festival.
Eastern’s band program focuses mainly on helping student musicians improve rather than competing with other bands. In reality, the only band Eastern is competing with is itself.
At many events the band gets to listen to other groups and gain feedback from judges. These educational experiences help to improve the band.
So with a lot of practice and hard work, Eastern’s band is preparing for its first performance of the school year at the Mum Festival Parade on Sept. 22 in Bristol.
At the parade, the band will march the parade route in front of enthusiastic crowds as confident and proud as ever.

Sara Greene is a Reporter for Youth Journalism International.