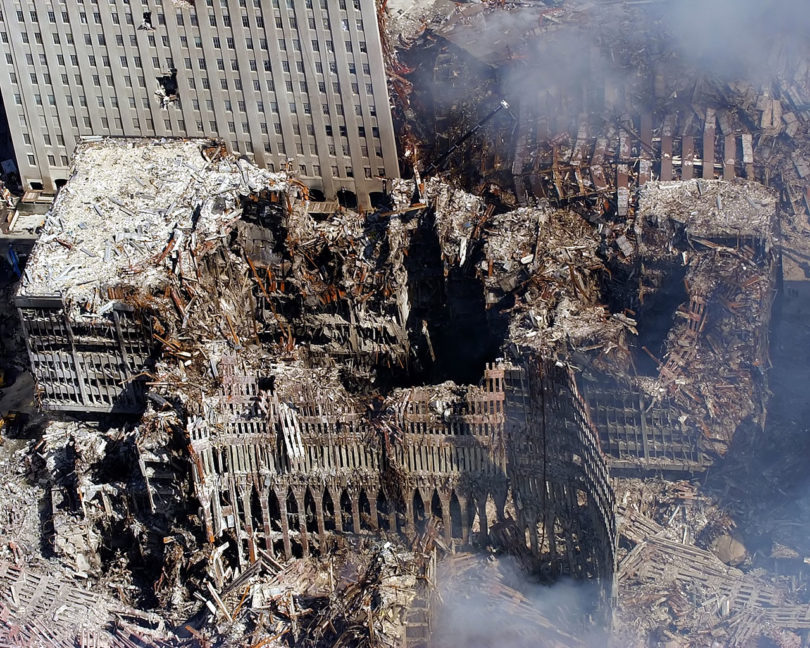 SCARBOROUGH, Ontario, Canada – As time passes since the horrible day that the once-all-mighty World Trade Center fell in a cloud of debris, the memory and grief of Sept. 11 lingers and its lessons remain unclear.

“The rubble, while monumental, is not nearly as much as one would expect from the size of the buildings. Much of what had been the Twin Towers is now simply dust,” said Donna Benson, a school principal from Scarborough, in the Canadian province of Ontario.

“Although many tragedies occur in the world on a daily basis, the incident of 9-11 traumatized America and the world,” said 14-year-old Kyle Lang, also from Scarborough.

“I think many people were stunned because they weren’t educated about current world events,” he said. “Many didn’t know what was going on in India or the Middle East and until 9-11 many couldn’t relate to their sorrow.”

Lang said the atmosphere after the terror attacks grew more intense as the focus of the world’s wrath became Osama bin Laden, the leader of al Qaeda.

“The actions taken towards the U.S.” by the terrorists “weren’t necessary,” said Fathiya Al-Mahdaly, a Scarborough nurse.

“If Osama tried to create peace in his country, he obviously failed,” she said.

“He cannot try to bring peace in on part of the world, cause havoc in another and expect nothing back,” Al-Mahdaly said.

Bin Laden, she said, is “doing all the things he says is wrong. He uses Islam as his backup when Islam has nothing to do with it.”

“Personally, I don’t think what Bin Laden did was correct,” said 13-year-old Mohamed Al-Mahdaly of Scarborough, but “he’s not all evil.”

“He was raised in an environment where he learned that declaring a holy war was a loyal thing to do in the name of Islam,” he said. “Some may argue it is and, yet, others may argue it isn’t.”

Bin Laden “supported what he believed in and embraced it,” he said.

“I realize his actions were wrong, but he believed it was right,” Mohamed Al-Mahdaly said.

Benson said the attacks demonstrate that “peace is not just a word on the news, or a prayer on a Peace Pole.”

“It is an action you choose every time you demonstrate respect for those around you who are different in culture, religion, race, gender and your community,” she said.

“Nothing is more indispensable to a community than its commitment to tolerance, humanity and the peaceful resolution of differences,” Benson said.

Nasra Aidarus is a Reporter for Youth Journalism International.