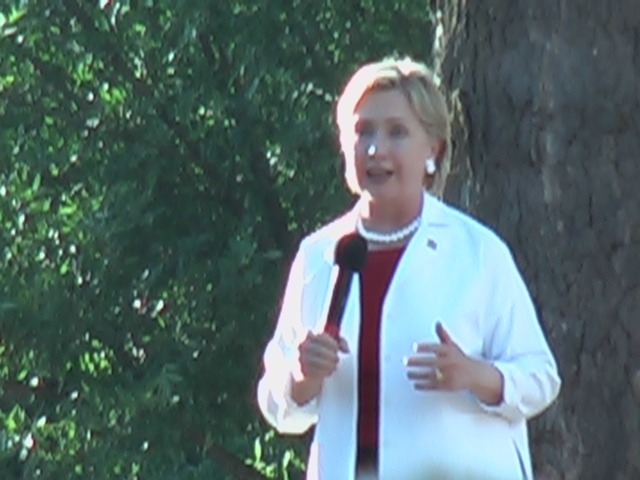 At present, the South African government holds rallies encouraging youth to register as voters, President Thabo Mbeki has been ousted and became ex-President Mbeki, Mbeki-supporters in the African National Congress rush to form a breakaway party and the media is riddled with stories of corruption and violence preceding our elections.

South African citizens have decided that coverage of presidential debates and polls – thousands of kilometers across the ocean – make for a more relaxing read.

The overriding thought among South Africans is that U.S. Senator Barack Obama is the only way to go. Even at my girls’ only school, the girls were rooting for Obama when he was up against U.S. Senator Hillary Clinton.

Coming to that conclusion is not difficult, but analyzing the reasoning is more complicated.

I should clear up at this point that I would vote for Obama by a process of elimination. That is, I do not approve of the other candidate’s policies nor those of his party, and Obama remains as the lesser evil, albeit a charismatic, laid-back one.

A common phrase going around regarding Obama is that he will “bring change.” Although nobody claiming this could define to me exactly which change or how this would be brought about, we live with the knowledge that despite the changes regarding the global economy, “When America sneezes, the whole world catches cold.”

Whether it be right or wrong, the majority of African nations see the U.S. as a kind of savior.

The disturbances in the Middle East, the dollar’s strength, the price of petrol or gas, the Kyoto protocol and pharmaceutical patents of Antiretroviral medication … America has done great things for the international community, but these are issues which matter to the developing world.

And the developing world seems to believe that Obama is the leader who can tackle them head-on.

A more superficial, yet probable explanation for South Africa’s support of Obama is his race. It is to be remembered that the South African population is more than 90 percent non-white and that the legacy of Apartheid is riddled with leaders who were old, gray, conservative and unmistakably white.

It may be a policy based on unfair racial stereotypes, but colonialism and Apartheid have left the majority of Africans with a deep-rooted fear of white elected leaders.

McCain may have the experience and wisdom of years on his side, but Obama has the younger generations who are tired of being governed by old men who seem out of touch with what ‘the people’ need.

Only time will tell whether this belief is misconstrued, but it is indubitable that the results of these elections will resound even to this very southern point of Africa. And then, alack, we will have to return our attention to our own candidates.

Mariechen Puchert is a Junior Reporter from South Africa for Youth Journalism International.