For some reason, I decided to sit and watch the first of the U.S. presidential debates — and quite frankly I don’t think I will be able to watch either of the next two.

This one was so painful to watch.

I swear it wasn’t even two minutes into the debate before President Donald Trump was infuriating me already.

His words and behavior made me so angry I questioned why I was even watching this debacle.

Poor Joe Biden, the Democratic challenger, couldn’t even speak uninterrupted for a minute because Trump interrupted every few seconds.

I thought our prime minister was infuriating to listen to, but he is nothing compared to Trump.

Biden, though, has not convinced me yet.

Policy-wise he is fine, but the way he performed tonight was not strong enough to stand up to Trump. He improved as the debate went on, but to defeat Trump in the Nov. 3 election, he will have to do more.
I hope he gets better in the next two debates.

By the way, Mr Biden, thank you for calling Trump a clown during the debate. This made me laugh so hard — and you got to say what many of us were secretly (or not secretly) thinking.

Ultimately, I could not sit through the whole debate.

It proved so painful to watch that I could not take it anymore and had to turn it off. Honestly, I’m surprised I was able to sit through as much as I did.

Americans, I feel so sorry for you that I want to offer you a distraction from the state of the world that can brighten your day. Here’s a picture of my beautiful cat Tilly: 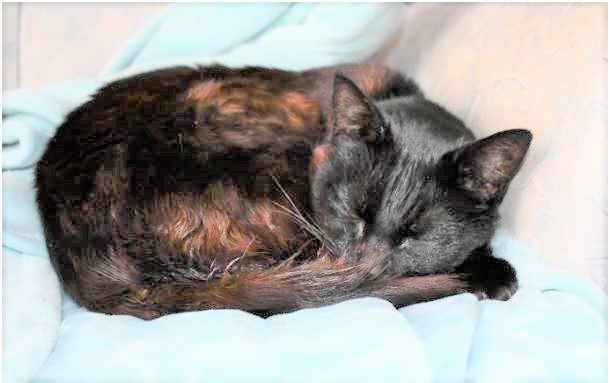 Read what an American YJI reporter thought of the debate:

‘The whole debate scared and upset me’