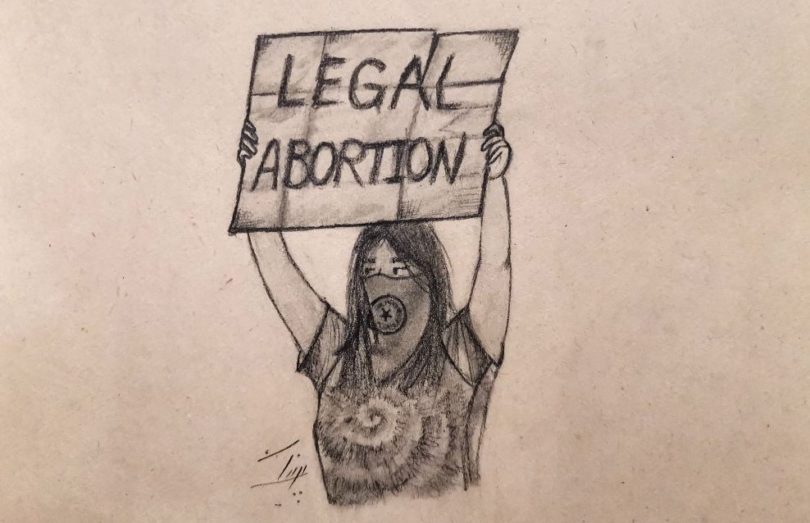 Amelia Alarcón, a 15-year-old high school student at the Colegio Americano Quito, has mixed feelings about the issue.

“It is super complicated to discuss abortion because the second a woman gets pregnant, a living being is created and abortion means killing it,” Alarcón said.

But Alarcón said she does see how there might be scenarios – like rape – when an abortion might be justified. If she were in this situation, she said, she wouldn’t know what to do. She said abortion is a sensitive and personal issue which affects every person differently.

Martina Falconí, 18, of Quito, believes abortions should be legal in the case of sexual assault or rape. If a woman decides to have an abortion because of rape, she should not be punished or criticized in any way, said Falconí.

In other cases, Falconí said, she thinks abortions are not justified because it involves killing a life.

Camila Gonzabay, 17, also said people who have been raped should have access to abortions. Legalizing abortion would reduce the number of clandestine abortion centers which do more harm than good, she said.

According to Gonzabay, who also attend the Colegio Alemán Quito, there are still other factors to consider.

“If we look at reality, there are many women with different and complicated situations,” Gonzabay said. “For example, their age might not allow them to economically and emotionally support a child and their life would be ruined. I think it would be alright for them to be allowed to have abortions.”

But Gonzabay believes that making sexual education and health service available to people in Ecuador is a more pressing matter than legalizing abortions.

“Maybe, in recent years, abortions have become something too glorified, and instead of making it a choice, it has become the only solution for people in this kind of situation,” said Gonzabay.

Paula Montiel, another seventeen-year-old from Quito who attends the Colegio Alemán Quito, said the decision should be a woman’s to make without government interference.

“I believe that each woman is free to decide what she wants concerning her body and her life and no law or group has the right to force her to give birth to a baby that was unwanted,” said Montiel.

Legalization of abortions is especially important in Latin America since many women are currently turning to clandestine abortion centers which might be unsafe and even deadly for the patients, according to Montiel.

“Many people confuse the legalization of abortion with the fact that all women are going to abort their babies and that it is not so, every woman should have the right to decide what she wants or not,” said Montiel.

The World Health Organization’s dedication of September 28 to this cause is important, Montiel said, so that fewer girls will die at the hands of a patriarchal system.

Diana Mantilla-Raad of Colombia, a young advocate for woman’s rights and indigenous groups in Latin America, is also strongly in favor of legalizing abortions.

“I am convinced that it should be decriminalized and made legal,” said Mantilla-Raad. “This does not mean, as many anti-rights advocates maintain, that all women will become pregnant in order to go and have the new procedure in vogue, but rather that those women who do resort to abortion can do so in a safe manner and are not taking the risk of going to prison.”

Mantilla-Raad said she thinks abortions are not something anyone would take lightly. The fight for the legalization of abortions is a fight for women to be able to decide about their bodies, she said.

For Mantilla-Raad, that means she stands for desired motherhood and is completely against forced sterilization and anything that might take away a woman’s rights over her body.

“To criminalize it is to condemn thousands of women either to die or to have an abortion in inhumane and life-threatening conditions,” said Velasco, 17 of Quito.

Valasco said the special day for the decriminalization of abortion is a reminder that women are still being deprived of their basic rights.

Another high school student, Victoria Hernandez, said through the decriminalization of abortions, rates of maternal deaths, teenage pregnancies, malformations, and even child abuse could be reduced.

“The fact that there is a day dedicated to this is excellent,” Hernandez said, “because it gives us visibility and makes the fight for women’s rights more focused, which helps achieve the goals accurately and effectively.”

Aileen Cevallos is a Senior Reporter with Youth Journalism International. She wrote this story.

Parnian Shahsavary is a Senior Illustrators with Youth Journalism International. She drew the illustration.