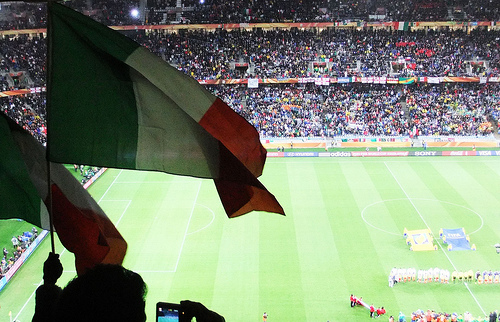 GENOA, Italy — I was at some friends’ home when Fabio Grosso freshened up a muggy summer night in 2006, scoring the penalty goal which lead Italy to winning the World Cup.

I remember hearing a rumbling and an enormous mass of people pouring in the streets with Italian flags, hugging and screaming.

Beating France, Italy’s the legendary first enemy, to win the World Cup was the biggest dream of everybody who was a little involved in football, and we finally did it.

Nobody really thought Italy could win but the team managed to pull it off, and everybody knows that unexpected victories are even more tasty than foreseen ones.

Now, four years later, the summer is not as hot as it was then and neither is the passion of Italian fans.

A huge controversy against Italy’s coach, Marcello Lippi, is taking place, and people are betting on Holland or Germany’s victory and even standing against Italy during matches.

Most people object to the team Lippi has collected, protesting his decision of not choosing their idols, such as the Sampdoria scorer Antonio Cassano.

Our streets are not as filled with blue shirts as before, and I bet the official team merchandise isnt selling well, either.

Is this a negative attitude?

Are we acting defeated?